Australia had the dubious priveledge of earning the first Fossil of the Day award at the United Nations climate talks in Warsaw, Poland. Civil society organisations confer the awards each day of the climate talks, and have been doing so since 1999.

The new Federal Government lead by Prime Minister Tony Abbott has in a few short weeks dismantled the Climate Change Department, closed the independent scientific panel the Climate Commission and set about undoing Australia's carbon pricing through preparing legislation to repeal the operation of the Climate Change Authority and the Clean Energy Finance Corporation.

But the award wasn't for all this political attack on climate change action at home in Australia. It was conferred because Australia will not be putting forward any new finance commitments at the Warsaw negotiations, beyond the Fast Start Finance commitments made by the former Labor Government.

Tony Abbott has confirmed that the Australian government would be making no further commitments of funding to the Green Climate Fund, setup by the UNFCCC climate talks to fund climate mitigation and adaptation programs in third world and developing countries. It was hoped that $100bn a year in public and private financing would be channeled to developing countries by 2020. The previous Labor government deposited $500,000 last year to help get the new fund established, as well as committing almost $600m to a "fast-start" fund.

A spokeperson for Foreign Minister Julie Bishop told the Guardian: "The Green Climate Fund is currently in the design phase and Australia will consider its longer term involvement in the fund once its design has been further progressed."

The stance by the Australian Government comes at a time when our northern neighbour, the Philippines, has suffered a major extreme weather disaster in Super Typhoon Haiyan which has devestated the country killing tens of thousands of people, and displacing hundreds of thousands more.

Cuts to the Federal Government foreign aid budget has also been criticised. Associate Professor Martin Mulligan from RMIT University, a Chief Investigator on a research project conducted for AusAID on what could be learnt from the post-tsunami social recovery operation in Sri Lanka and southern India, made the following comments:

“It is always the most vulnerable people who bear the brunt of such ferocious disasters and I’m not convinced that the disaster response ‘industry’ has learnt the lessons on how to rebuild devastated communities.

This is a terrible time for Australia to be cutting its international aid budget and to be folding AusAID into the Department of Foreign Affairs and Trade. Funding cuts and restructuring make it more difficult for Australia’s aid organisations to learn and apply the lessons of past disaster experiences.

Australia should make a generous contribution to the relief effort for the cyclone-affected areas in Leyte province. Relief must be delivered as quickly and efficiently as possible. However, once the immediate relief has been accomplished, the aid agencies should ensure that their efforts to rebuild devastated communities are informed by past experiences.”

The initial response of the Australian Government on 9 November was to provide $390,500 in emergency relief supplies, but two days later emergency assistance was lifted to $10 million. "Our $10 million package of assistance will include the deployment of an Australian medical team to provide emergency medical care to the injured," said Foreign Minister Julie Bishop.

Ray of solidarity awarded to the Philippines

On the first day of the climate talks the lead negotiator for the Philippines, Yeb Sano, addressed the plenary in an impassioned call for greater action from the talks, as well as undertaking a hunger strike for the duration of the conference to signify the importance of meaningful action on a personal and global level.

In special recognition of Yeb Sano and his impassioned plea for solidarity, the Climate Action Network awarded the Ray of the Solidarity, to the Philippines:

"Today, just as we have heard with sadness and great frustration Australia’s intentions not to increase its climate financing, we also heard from the Philippines lead negotiator, Yeb Sano, who addressed the opening session of the UN climate negotiations, calling for urgent action to prevent a repeat of the devastating storm that hit parts of his country this past weekend. Super Typhoon Haiyan was like nothing the world has ever experienced.

During his speech Sano thanked civil society, especially those who are risking their lives climbing oil rigs in the Arctic, trying to stop the building of new oil pipelines, or taking any direct action against the dirty fossil fuel industry.

To this we say to Sano and the rest of the countries of the world, civil society has never felt the urgency of action as much as we do now, and we guarantee that we will never lose our passion, motivation, and determination to achieve a change in light of these and many other events.

We stand in solidarity with the Philippines and all other nations that were hit by this devastation. We urge the international community to act here in Warsaw to reduce the threat of climate change and push towards a new, globally-binding agreement in 2015."

Professor Priyan Mendis, a Leader of the Advanced Protective Technology for Engineering Structures (APTES) Group at the University of Melbourne said via the Australian Science Media Centre commented:

"According to reports, there have been 10,000-plus deaths due to Haiyan, mostly caused by building collapse and drowning. Between 70 percent and 80 percent of buildings and homes in the path of the typhoon had been destroyed.

We now have the technology and expertise to build typhoon-proof houses and buildings for these types of events. There are some low cost solutions for remote areas. These systems will sustain less damage during typhoons, saving lives and allowing rapid, low cost reconstruction, and could involve modular construction techniques. We have advanced computer-based techniques to predict damage. Although we have progressed a bit in managing these disasters post-event, it is surprising that we still have not established proper global planning and design guidelines to avoid large numbers of human casualties. Presently, very little funding is going towards implementing these design rules to improve the built infrastructure, as we tend to forget these extreme events few months after the disaster.” 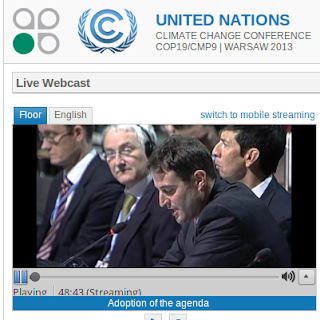 The United Nations climate talks are being snubbed by the Coalition Government with no ministerial political representation being sent to the talks. International climate change negotiations is Foreign Minister Julie Bishop's area of responsibility, but her office confirmed the she would not be at the Warsaw climate talks. Instead she is attending the coming Commonwealth Heads of Government Meeting and the Australia-United States Ministerial Consultations.

Environment Minister Greg Hunt is the other person that may have been considered likely to go to Warsaw, but he believes introducing carbon price repeal legislation in the Federal Parliament is a higher priority. A spokesperson from his office told the Age, "Minister Hunt indicated a month ago at the Sustainable Business Australia forum that he will be fully engaged in repealing the carbon tax during the first two weeks of Parliament."

But today Tony Abbott has confirmed that his Government has abandoned the longstanding bipartisan policy of a commitment to reduce Australia's emissions by between 5% and 25% of 2000 levels by 2020, dependent upon relative international action. This commitment was entered into at the 2009 Copenhagen climate talks and reaffirmed in following years at Cancun and Durban.

In comments to journalists, as reported by the Guardian, “Australia will meet our 5% emissions reduction target, but this government has made no commitments to go further than that. We certainly are in no way looking to make further binding commitments in the absence of very serious like binding commitments from other countries, and there is no evidence of that.”

This is a major reversal to ongoing commitments he gave as opposition leader, according to the Climate Institute, who have put together a comprehensive list of assurances (PDF), all now broken.

Tony Abbott said just days befgore the election that no more than $3.2 billion budgeted for the Coalition's direct action plan would be spent, even if this meant the 5 per cent emissions reduction target was not achieved. 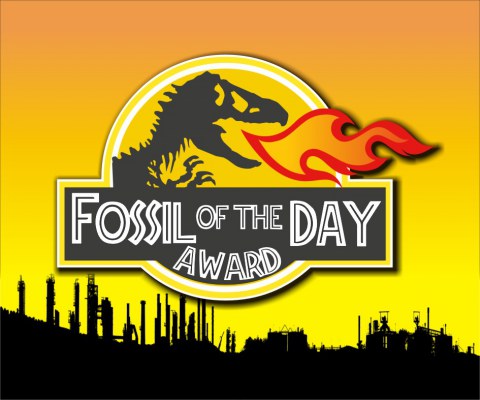 The solution is to cover all the roads with glasshouses

In regards to waste food well this should be fed to fly maggots, see link below

All cars & trucks could be replaced with a either a . . .