Martin Ferguson, Minister for Resources and Energy has pushed for increased surveillance of environmental and climate activists protesting coal-fired power stations and coal export facilities, after he was directly lobbied by coal and energy infrastructure companies.

Climate and Environment activists along with Occupy Melbourne paid a call on thursday afternoon to Martin Ferguson's electoral office at 159 High Street, Preston. The office, of course, was closed early supposedly on occupational health and safety grounds, and had a Federal and Victorian police presence.

A number of speakers addressed the crowd while the forecourt and building was decorated with chalk slogans and placards. Alex Bhathal, the Greens candidate who ran second to Martin Ferguson in Batman last election could not be present, but had a statement read to the assembled crowd. Shaun Murray from Quit Coal spoke on the right to democratic protest against coal in a world facing rapid climate change and environmental destruction. Murray recently had an opinion article published in the Age. Other speakers included Dr Jim Green from Friends of The Earth and Darren Lewin-Hill (Northcote Independent), and ALP member Wil Wallace.

Placards and banners were displayed to drivers passing along High Street. For some reason the police decided this was too much and drove their vehicle blocking and hindering traffic temporarily.

According to a report in the Saturday Age, January 7, 2012, federal police are continually monitoring anti-coal mining groups, and other environmental bodies. Intelligence is gathered by the Federal police and ASIO, and includes outsourced intelligence gathering on activists by prtivate companies like NOSIC - National Open Source Intelligence Centre - which monitors activist websites, blogs, Facebook and Twitter.

The Greens senators responded to this report calling it an abuse of security services against citizens articulating their opinions in a peaceful and democratic way. "This is a deliberate abuse of the role of Australian security agencies, who have better things to do than follow the dictates of foreign coal and energy corporations," Australian Greens Senator Scott Ludlam said. "Instead of promoting the surveillance and intimidation of climate activists, Minister Ferguson should devote some of his time to dealing with the issues they raise."

The Greens have called for Federal Attorney General Nicola Roxon come clean on the degree to which Australian intelligence bodies are diverting resources into spying on environmental campaign groups. According to a statement by ASIO chief David Irvine in a Senate estimates committee hearing in February 2010: "ASIO does not devote any resources to constraining legitimate protest. We are specifically prevented from doing so by our act, and we do not do it."

The Government subsequently made substantiasl amendments to the legislation governing ASIO giving the agency unqualified powers to spy on civil society organisations. "This is a dangerous expansion of the surveillance state, a wholly unhealthy cocktail of economic interests, privatised intelligence gathering, misuse of clandestine intelligence resources and above all, a demonstration of the warped priorities of a Minister who needs to be pulled into line," said Senator Ludlam in a Greens media release dated 9 January 2012.

Brian Walters, a prominent Melbourne barrister and former President of Liberty Victoria described the surveillance as undemocratic "This surveillance of community groups is one-sided: it is not directed at companies who break the law. There is no surveillance of board rooms to find out what other plans they might have to use their resources to alter the political debate in Australia. Nor is it being used to detect breaches of environmental laws by these companies. It is directed against the very community which should be sovereign in a democratic system." he said on his blog Spying for Big Coal. 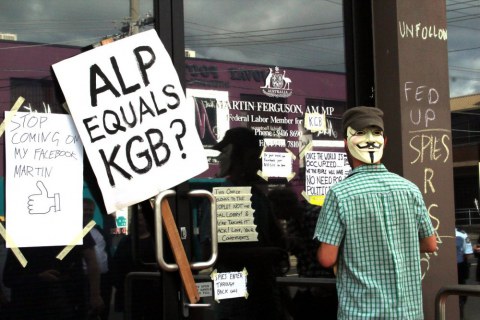 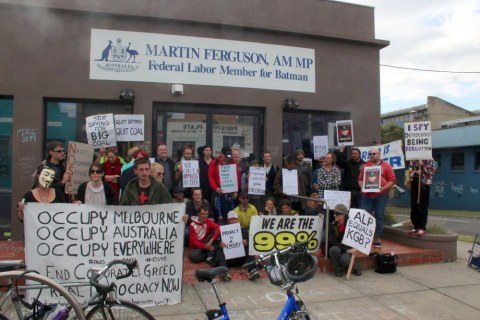 This is just what I was looking for.

This is just what I was looking for. I was not expecting that I’d get so much out of reading your write up! You’ve just earned yourself a returning visitor