Q: I can’t afford an increased price of living so I’m scared of a big new tax on everything.

A: The carbon price will affect 1000 of Australia’s biggest polluters - individuals will not be taxed. Some of the costs will be passed on to consumers so there will be an increase in some of our lifestyle choices. However millions of households will in fact be better off financially through compensation.

Q: Compensation removes the incentive to reduce consumption of electricity.

Q: The Coalition’s direct action plan will achieve the same targets as a carbon price, without the increased cost of living.

A: The Coalition’s Direct Action Policy will spend a truckload of taxpayer’s money in the hope that the government will select the right investments rather than letting investors make their own decisions. It will do nothing to reduce Australia’s emissions, or modernise our economy in low carbon jobs.

The Department of Climate Change has estimated that rather than reducing emissions, the Coalition’s policy would actually see emissions rise by 13% above 2000 levels, while still costing the Australian people between $10.5 and $30 billion dollars.

A: The climate is most certainly getting hotter. The earth has warmed at a rate of about 0.17 degrees per decade over the past 30 years. The last decade was the warmest on record.
The number of days with record hot temperatures has increased each decade over the past 50 years according to recent work by the CSIRO and the Bureau of Meteorology. And there have been fewer record cold days.

Q: The climate has heated and cooled throughout history – human activity has no impact on global warming.

A: The climate doesn't just change for no reason. Something must cause it to change. For example, the cycle of ice ages and warm inter-glacial periods were caused by altered patterns of absorbed sunlight due to small variations in the Earth's orbit – but the warming of the past 50 years cannot be explained by such natural factors. This warming can only be explained by greenhouse gas emissions from human activities.

Q: It makes no sense for Australia to act alone – we are too small to make a difference.

A: We are not acting alone – major emitters, including the European Union and China have or are moving towards systems similar to an emissions trading scheme.

We cannot influence the global debate until we show we are serious about reducing global emissions. Australia makes up 0.3% of the world’s population yet we are responsible for 1.5% of global emissions. It is time to make a positive contribution. Acting early before a global system is in place will help ensure the Australian economy is at the forefront, and not left behind in the global race for clean energy industries.

Finally, to say that our emissions are not significant enough on a global scale to act is like saying Australia shouldn’t engage in global finance or peacekeeping missions because our contribution wouldn’t be significant enough. 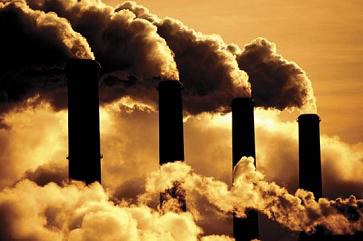 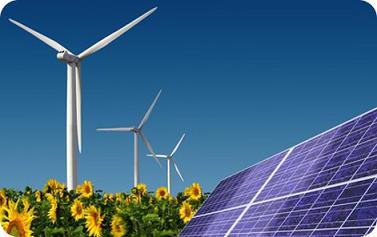 Q. If Australia cuts its carbon dioxide by 80% tomorrow how much will the temperature drop?and how long will it take for that drop to happen?

Q.Why did Victoria just have the coldest May in 42 Years?
Q.Does Australia emit the least amount of carbon per square kilometer than any other country on earth?

Action needs to happen sooner rather than later

Dear David, I cannot answer with figures atm but I can still provide some basic answers to your questions as I was studying sustainable development previously. In regards to Victoria having its coldest May in 42 years, climate change actually results in more extremes of weather along with a slight increase in temperatures. It is this slight increase that strengthens events like cyclones, tornados and hurricanes as well as changing the distribution of rain fall. Climate change could also play a part in some of the recent extreme cold fronts and snow storms in the northern hemisphere. It only takes 1 or 2 degrees (if that) of average global temperature increase to alter weather patterns and even possibly push some animal species beyond their limits. Coral bleaching is an example. Perth has just had its driest summer on record where we had over 70 days of temperature maximums over 32 degrees and about 20 or more of those days had minimums above 20 degrees. In relation to the last question "Does Australia emit the least amount of carbon per square kilometer than any other country on earth?" this is probably true, but it is per capita CO2 pollution which is the best indicator of our wasteful ways, which is actually higher than the per capita CO2 pollution produced by citizens of the USA (so long as figures haven't changed much since 2006). We have a much lower density and much area that is uninhabited on our continent so of course CO2 production per square kilometre is going to be low compared to somewhere like China or India which is densely populated. Your first question I can't really answer well but because of the build up of CO2 and methane (CH4) it will take some time to reverse our impact, which is why action on climate change needs to happen sooner rather than later. Hope this helps

Government conning us to fleece us of our money

Methane comes from the arse of people and animals may be we can start taxing farts.
The coldest may in 42 years I would hardly call that extreme the earth is millions of years old and weather records have been going since 1880 which could not give us an insight of weather patterns we would need a weather record of at least 10 million years before the data would be worth anything.
The Earth is coming out of a mini ice age so weather temperatures should start to increase.
Verity your answers to Davids questions answered nothing only that Australia produces less pollution per square kilometer than any other country on this planet which is how it should be measured not by per capita America produces more pollution than Australia thats it end of story.
You are full of shit you are probably the same fools that jumped on the Ozone layer bull shit we forgot about that crap when it was milked of as much money as they could.
If Australia wants to make an impact on carbon tell the Government to stop mining and selling coal if this crap was true thats what would happen to save the world but the Government is doing a con job on us to fleece us of our money.

ha ha, you got your facts wrong

lol so you reject the scientific method... i bet you believe XYZ as well.

I bet you believed in Y2K and the Ozone layer lol

The Ozone Depletion phenomenon is real. By halting the production of CFC, humankind was able to stop Ozone Layer Depletion. As it is a complex subject, I’ll just refer you to the entry in Wikipedia: http://en.wikipedia.org/wiki/Ozone_depletion .

With the Y2K the verdict is still hanging. Most people think that it is a farce because nothing major happened on 1 January, 2000. However governments and private corporations have spent billions precisely to prevent any problem from happening. Maybe that is why nothing major happened. However, the US government spent further $13 billion fixing problems in 2000 and 2001. If Y2K is not true, then there is no need to do that. Personally, I think Y2K problem is real but was overstated by the media.

Great majority of scientists especially climatologists and meteorologists think human-educed climate change is real. I will listen to them than to shock-jock radio commentators or to politicians. It took a long time to prove DDT, asbestos and tobacco causes harm. Tobacco causes harm to individuals. Climate change will cause harm to everyone especially to our grandchildren and their children. It is better to err on the side of caution.

All the top results suggest the phenomenon is real

If you don't believe in Wikipedia, just use Google or any search engine to search for "Ozone layer depletion". All the top results suggest that the phenomenon is real.

The whole debate is retarded

The whole debate is retarded. Not only is it

#1) Some uncertainty still existing that the earth is in a "Long Term" warming trend or if it has shifting to cooling.

#2)Absolutely unproven that CO2 emmissions are the leading contributor to global warming.

#3) Even if CO2 emmissions were the ONLY cause for global warming, the sole contributor. Per person CO2 emmissions is a retarded and absolutely unfair way to look at fairness. If a country can defend their lands and choose to have a small population so they can sustainably live a high per person carbon emitting lifestyle so be it. That is their choice.

Any time you have a problem looking if a rule is fair, take it to it's extremes. If one person live in all of Australia and he emitted 1000 tonnes of carbon, Australia would have a per capita carbon footprint of 50 times the average or whatever and the highest on earth. But at the same time, Australia would not be impacting the climate in ANY way NONE. Because Australia's natural carbon scrubbing systems would be taking several times that amount out of the atmosphere.

Take it to the other extreme. Why doesn't Australia just BREED their way out of the per capita requirements. I mean, why not? Australia is emitting too much carbon dioxide per person. Well, just solve it by breeding 6 billion people on your country. The incremental increase of carbon per person will keep getting lower and lower and soon you will have the lowest per capita carbon footprint in the world and you will be heavenly utopia that everyone can marvel at your example.