Surviving Earth is more positive than one might imagine going by our little stick figure friend on the movie poster, it does offer treatments and solutions, but what it doesn't offer is false hope and greenwashing. We have been accused of using scare tactics but the science is scary and we are not afraid to face it, with love, with passion and with a fire in our belly's.

Ecocide is the mass destruction of ecology, whether its coal companies destroying the climate and acidifying the oceans, or governments and corporations destroying habitat and driving species to extinction, in Surviving Earth we foretell a future in which governments and corporations will be held to account by the international community under charges of ecocide! But how bad do things have to get environmentally before people rise up and demand and enact large scale change? Forcing government hands not with hate, but with the love and passion and smarts to evolve us into a new form of modernity and world indigenous community. PCD (director) 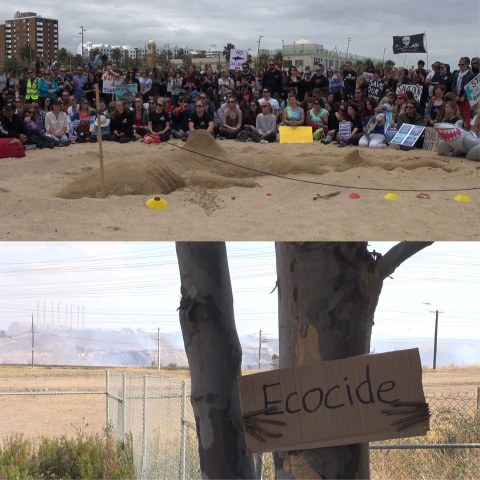