Petitioning the Australian Government, To the Prime Minister, To the Attorney-General
TREATY

Go the change.org petition site to read and sign the petition - here: http://www.change.org/en-AU/petitions/to-the-australian-government-to-th...

TREATY is the justice - when TREATY is here, "that'd be the justice" said a Central Desert Elder to me.

When we settle for less, in general we are left with 'the less', period.

TREATY is about justice, about humanity, about equality. TREATY will best define the Australian peoples and the ways forward.

Far too many narratives of tragedy, of stories untold, voices unheard, unbearable ordeals have occurred - they need not continue. "TREATY is the justice."

I ask all my fellow Australians to coalesce in and with humanity to sign this petition and call upon our Government, upon the Prime Minister and upon the Attorney-General, and upon all our parliamentarians, to move without delay, in bringing on the national conversations for TREATY - to not stand in the way of our Aboriginal and Torres Islander brothers and sisters in defining and in bringing about TREATY.

TREATY will enrich the national consciousness.

The peoples of this continent will at long last be free.

TREATY will go the longest way towards extinguishing the various layers and veils of racism.

The Love of the people calls out for TREATY. Together, let us tell our Government that the people of Australia are calling for TREATY.

- (Treaty,) that's the way other countries have done it, and I don't know why Australia procrastinates any longer," Dennis Eggington, CEO of the Aboriginal Legal Services WA , May 24, 2012.

- "The ony way forward, and the only right thing to do, for all our peoples across Australia, is Treaty. Of the so-called developed nations only Australia is without Treaty," Tauto Sansbury, Chair of the Narrunga People, January 6, 2014.

- "We can bring on Treaty, it goes to the heart and soul of our people. We cannot settle for less," Kaurna Elder, Lynette Crocker, February 25, 2012.

- "(Treaty), it will take away some of the pain, it will fix many things, it will save lives, it will help everyone," Barker Ryder, Katherine, Northern Territory.

"This song was written after Bob Hawke, in his famous response to the Barunga Statement (1988), said there would be a Treaty between Indigenous Australians and the Australian Government by 1990," the late Dr Yunupingu.

Well I heard it on the radio
And I saw it on the television
Back in 1988, all those talking politicians

Words are easy, words are cheap
Much cheaper than our priceless land
But promises can disappear
Just like writing in the sand

People are not the property of people, the Northern Territory is a prison built brick by brick by the Commonwealth - http://thestringer.com.au/people-are-not-the-property-of-people-the-nort...

What do these Blacks want? An education? Send them back to the bush where they belong - http://thestringer.com.au/what-do-these-blacks-want-an-education-send-th...

In identity lay the answers - http://thestringer.com.au/in-identity-lay-the-answers-atsi-suicides/#.Ut...

Despite what's being reported, life-expectancy not improving for ATSI peoples - 1 in 3 dead by 45 years of age - http://thestringer.com.au/despite-whats-being-reported-life-expectancy-n...

Australia, the mother of all jailers of Aboriginal people - http://thestringer.com.au/australia-the-mother-of-all-jailers-of-aborigi...

But, NO, to Treaty - http://thestringer.com.au/aboriginal-peoples-finally-to-be-included-in-s...

SHARE the petition for TREATY far and wide, much respect. 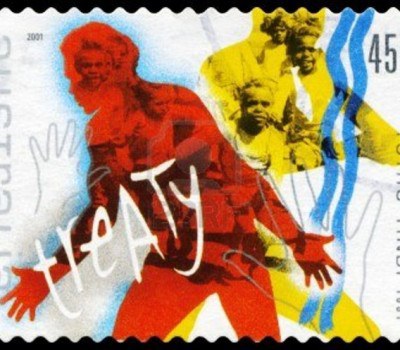