Against the Election Spectacle

This zine has been compiled by some anarchists from the colonised region known as Australia. This small project was initiated to contribute to a discussion on how anti-authoritarians should intervene in or disrupt the 2013 Federal Election.

We have included statements and communiques from a range of anti-authoritarian positions taken from counter information sites, from the insurrectionary to the platformist.

We have also included some noteworthy accounts of unclaimed attacks on politicans, their offices and hoardings culled from various corporate news sources around the world. While we recognise that some of these these actions may have been inspired by opposition to a particular politician or party, and not politics as such, they have been included as suggestions for actions that may be reproduced and hopefully generalised.

This report is only partial as many acts of anti-political resistance go unreported and we have only included texts which were easily available online and already translated into english.

Politics is a game of repression and representation of mediation and melodrama. Anti-authoritarians must never fall under the spell of politics with its opinion polls, sound bites and false promises.

We must aim and act toward the complete destruction of the spectacle of politics. To do so we must not simply imitate the behaviour of the various parties and candidates, by only appearing during election campaigns with only signs, slogans and voting (for nobody) options. We should never limit the struggle for liberation by the states terms of legality or rhetoric of democracy.

To create openings for a libertarian future, we must seek to sabotage the daily processes through which we are managed. We see government elections as regular opportunities for subversion, but our actions should not be restricted by the timetables of state politics. Politicians and their property present a constant target for those who wish to live without masters.

While we decided to chart the period from August 2011 to August 2013, we included one article from Iraq written in May 2010 as an introduction, as it illustrates quite perfectly the motivations of anti political vandals in one of the worlds newest parliamentary democracies.

The actions and opinions expressed in this zine do not necessarily reflect the perspectives or attitudes of any other individual or group mentioned in this publication.

This magazine is in NO WAY a ‘ for profit’ publication nor is it in any way a formal enterprise or business venture. We encourage printing, sharing and widespread distribution of this magazine by anyone with resources to do so.

Other recent anarchist publications from Sydney:

USYD on Strike - Communiques from the Campus March - June 2013 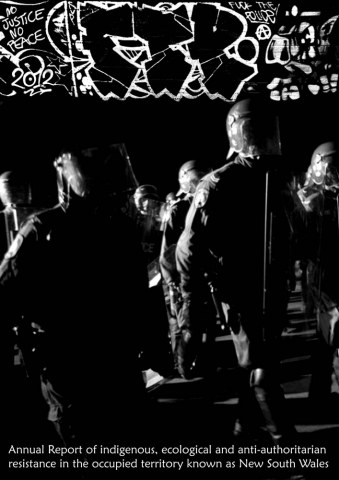 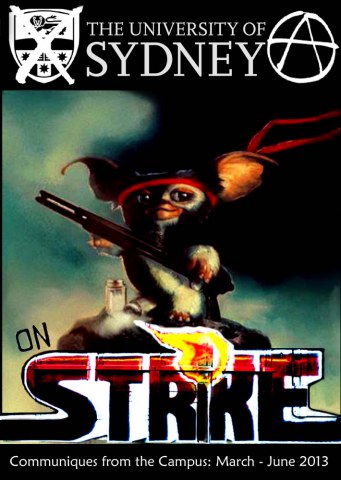