June 28, 2012: Up to 300 People gathered on the steps of the Victorian Parliament house to show opposition to new coal projects which would destroy prime farmland and triple Victoria's contribution to greenhouse pollution.

Residents from Bacchus Marsh and south Gippsland attended to show their opposition to new coal mining projects and plans to use an experimental drying technology by Exergen to open up further mining and the export of brown coal.

The Federal and State governments are still offering the coal company HRL $150 million - your taxes - to build a new coal fired power station in the LaTrobe valley of Victoria.

Some humor at the rally when mining magnate, Twiggy Palmcock brought some "balance" to the proceedings:

After the rally about 60 people walked to 101 Collins Street which houses the offices of Exergen, and peacefully occupied part of the ground floor lobby hile 3 people visited the offices upstairs asking to speak to the CEO of Exergen. 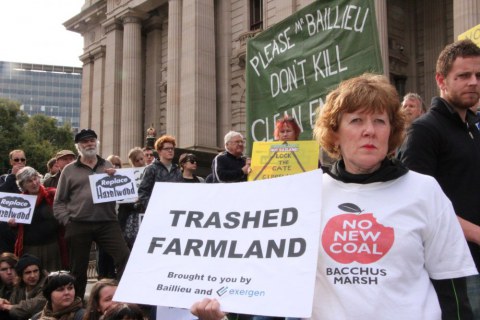 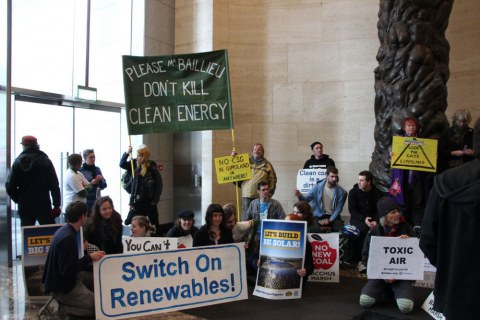