Activists from the Catholic Worker Movement, converged at St Marys Cathedral in Sydney yesterday (28/11/10) to oppose the appointment of Iraq War general, Peter Cosgrove to the position of Chancellor of Australian Catholic University (ACU). A special ceremony for Cosgrove, led by Cardinal George Pell was to take place at the Cathedral at 3pm.

Spokesperson for the Catholic Worker, Jim Dodrill stated, "Cosgrove led a war of aggression against Iraq. He defied the UN and its arms inspectors like Hans Blix and Dr David Kelly. He turned his back on his own Pope and the Australian Bishops by contributing to the bloodbath and humanitarian disaster caused by the invasion of Iraq.

In 2003 Pope John Paul II stated that an invasion of Iraq "was a defeat for humanity" and it was "immoral, illegal and unjust". Around the same time, the Australian Bishops stated, ": [W]e believe that the strict conditions of Christian teaching for the use of military force against Iraq have not been met. In particular, we question the moral legitimacy of a pre-emptive strike."

Cosgrove chose to follow the directions of Howard, Bush, Blair and Big Oil thereby becoming part of an illegal war of aggression. Some of the passers-by at St Marys, while condemning the war in Iraq, questioned if Cosgrove was merely "following orders". It was explained that post-Nuremburg international law places an obligation on all soldiers to examine their conscience and to oppose any war which is deemed unjust.

AT ST MARYs yesterday, a core group of CW activists were present for most of the day with others arriving and dropping by as the day progressed. There was a constant security presence. About an hour before the ceremony, 8 armed NSW cops arrived and spread themselves around the Cathedral. They were to become quite belligerent and make threats of arrest if activists approached the Cathedral (never before seen a Catholic refused entry of a Catholic church). It was a bizarre sight to see armed cops standing at the front door of the Cathedral ready to use violence to stop entry to devout Catholics.

Following a tip-off, CW activist Jim Dodrill, was able to meet and greet Cosgrove while attempting to slip in a side door. Dodrill made it clear to Cosgrove that he was incompatible for the job at ACU. Cosgrove (a Catholic) had turned his back on his Pope, his Bishops, the hundreds of thousands Australians who marched in 2003 and the international community by leading Australia into a war of aggression. He should resign his position immediately.

After the ceremony, Cosgrove and his entourage left the Cathedral via the main door with a heavy police and security guard escort. Despite aggressive police behaviour, CW activists Ross and Jim were able to approach Cosgrove (stuck waiting at a pedestrian crossing) and re-iterate their position that the Iraq War was a crime against humanity, that he was unwanted as ACU's chancellor, and a military general should have no position in any higher institution of learning, especially a Catholic one. He was clearly frustrated but had no answers of comment to make.

The war in Iraq involved much suffering including civilians being ripped apart by cluster bombs, market places struck by missiles as well as the use of depleted uranium, nerve gas and chemical munitions like white phosphorous. The majority of people killed in Iraq by co-coalition forces were innocent civilians. Cosgrove was an integral part of this. The Catholic worker encourages all Catholics and all Australians to contact their churches, politicians and the vice chancellor of ACU (Prof Greg Craven) to demand that Cosgrove be dismissed or asked to resign and the position be given to someone more qualified and more appropriate for the job. 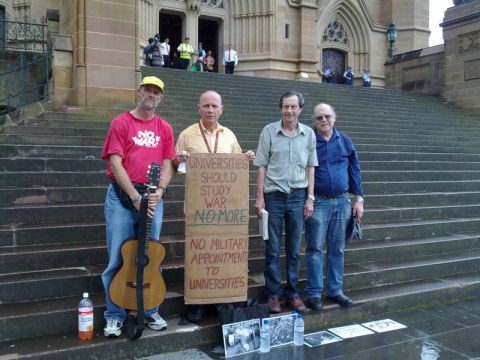 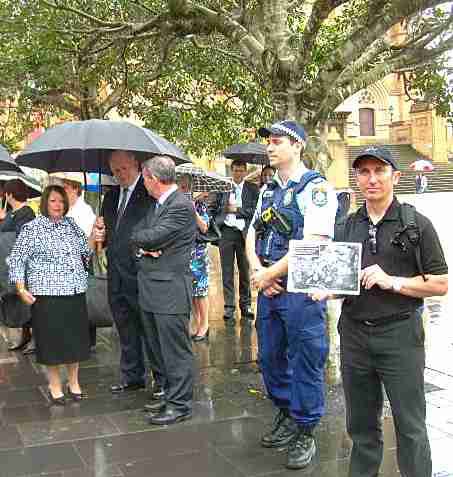 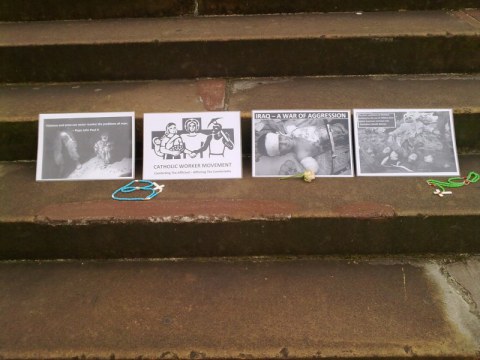 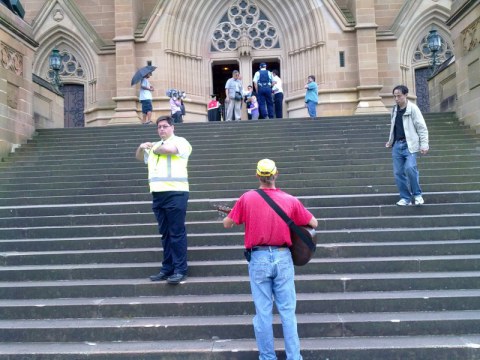 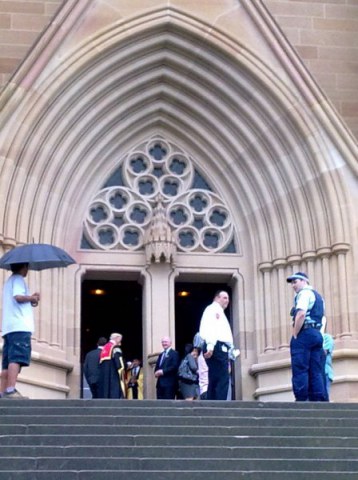 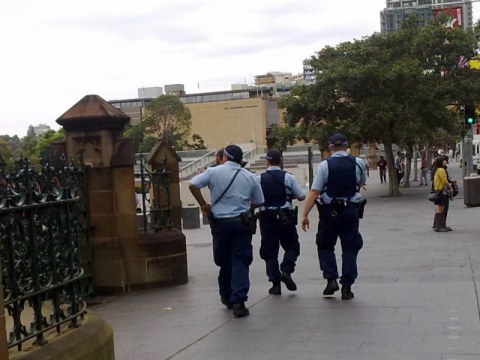 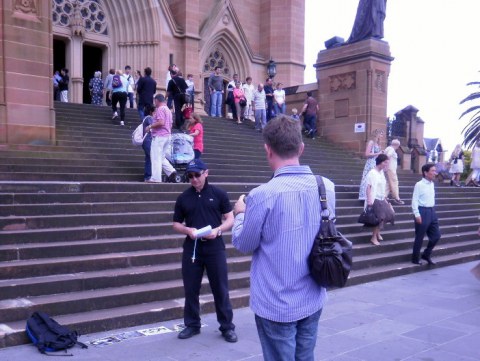 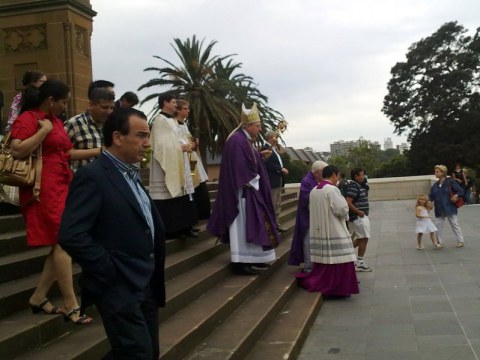 Cultivated Ignorance a Pre-Req for Chancellor Position at ACU

General Cosgrove, leader of Australian troops invading Iraq in 2003 and now Chancellor of Australian Catholic University, stated in reference to the Catholic Church's opposition to the Iraq invasion of Iraq (an invasion that has predictably led to the decimation of the Catholic community in Iraq) stated

"I wasn't particularly conscious that the church was taking a very strong position," he said.