The decision by the Australian Press Council to dismiss my complaint (Adjudication No. 1469) http://www.presscouncil.org.au/pcsite/adj/1469.html about suppression of pertinent fact and misrepresentation is unfair and inaccurate.

In my letter to the Courier Mail on 23 Mar 2010 I complained the article, which mentioned me on 17 March (online) and in print on 18 March was inaccurate, unfair, misrepresents me and suppresses pertinent fact. The APC adjudicated my complaint on 8 July and it was published on 30 July 2010 after the Courier Mail stone walled for months.

I am very disappointed the APC dismissed my complaint and believe the decision is totally wrong and biased.
I was not walking around during the forum like a pizza seller with a sandwich board "opposing bullying."
I was in fact not opposing bullying. The sandwich board read “Bullied schoolboy wants independent investigation on judicial corruption” as the attached photo shows. It addressed in a nutshell who wants what and why.

I was seated during the forum and got up once to address Attorney General Cameron Dick during his speech, wearing my sandwich board to raise my documented and corroborated (by retired journalists) judicial corruption allegations with him, on which he had ignored me ever since he was sworn into office in March 2009.

This Brisbane Times video clip, http://www.brisbanetimes.com.au/queensland/top-cop-steps-in-to-protect-a... and my related comment no. 13 in the comments section underneath, which Brisbane Times published in full without editing, speak for themselves.

In its print article on 18 March, the Courier Mail reported “Another woman stood by the minister silently, decked in a sandwich board that called for an independent investigation into her bullied son’s plight”.

This gives the impression I stood silently next to the Attorney General and there is nothing to report here because I did not say anything.

However, that is a lie! And the above Brisbane Times video clip of that day makes that very clear. I in fact spoke to Cameron Dick during his public address until I was forced to stop speaking by forum staff, while Mr Dick said he would be available after the forum.

In fact I addressed Attorney General Dick not once, but twice on my grievances, and also spoke to him one on one after the forum in front of the media. This online video also shows that http://vimeo.com/10422613

Soon after I detailed my grievances to him in front of the media after the public forum as the attached photo shows me speaking to him, Mr Dick got up from his seat and said “I am just going to get my jacket” to the surrounding media and Channel 9 news reporter Tony Fabris, who asked him “How do you think you went today? Tough crowd?”

He did not answer and he never returned after fleeing, claiming he was just getting his jacket. Mr Dick promised me in front of the media he would now finally look into my complaint, but has since continued to be incommunicado.

I was also not an incognito person, as I had given the Courier Mail journalist and cameraman, who filmed me, each a leaflet which contained my name, contact details, a brief outline of my grievances and online articles, including the ones published by the foreign media e.g. Armed Police Eject Mother From Queensland Parliament http://mathaba.net/news/?x=620379

Given that I spoke to the Attorney General not once but TWICE, how on earth can the APC find against us and dismiss our complaint, when the Courier Mail indeed misrepresented me and suppressed pertinent fact by reporting “Another woman stood by the minister silently, decked in a sandwich board that called for an independent investigation into her bullied sons’ plight”?

If I spoke to him not once but twice, it cannot then be said I stood by the minister silently. Or can it?

However I was violently ejected by armed police on Mr Mickel’s own order. Courier Mail journalist Rosemary Odgers who was in the press gallery interviewed me outside Parliament after my violent ejection. However, the incident and the allegations I raised there were entirely suppressed by the Courier Mail and went unreported as Anna Bligh has banned TV news cameras to avoid media scrutiny. Anna Bligh found our plight so amusing, she actually laughed as I spoke from the public gallery.

For the past nine weeks my son and I have been demonstrating every week day outside the electorate office of John Mickel, a self confessed devout and church going Catholic on the dogged denial of electoral representation and his refusal to table my documented and corroborated judicial corruption allegations on our behalf in Parliament.

This criminal justice issue has not received any attention by the mainstream media. However, the small budget, magazine style community newspaper, Jimboomba Times covered both my judicial corruption allegations and my protest on 16 June (story attached).

The Courier Mail claims they did not publish my allegations because they “could be highly defamatory and would require substantive investigation before publication could be contemplated”.

However, I would like to emphasize other media have long published my allegations, which have been in the public domain for some time now on several occasions including Brisbane Times, Jimboomba Times, Sydney Morning Herald, The Age, The Wall Street Journal Online, Mathaba, USA Today, Daylife, Huffington Post, BBC, 4BC, 2GB, 2UE, 3AW and many others.

My judicial abuse and corruption allegations are in fact also mentioned in the below mentioned e-petition on the Queensland Parliament petitions website.

It is very disappointing News Ltd, which is a multinational and multibillion dollar media empire, has no intention of reporting the documented and corroborated judicial corruption allegations against an unrepresented Australian youth, and will continue to suppress this criminal justice and public interest issue.

I believe suppressing such serious documented and corroborated allegations of judicial corruption and human rights abuses against an unrepresented Australian born child for so long is unfair, unbalanced and unpatriotic.

Whatever happened to the website, News Ltd chief John Hartigan started called “Australia’s right to know”? Who is actually fighting for press freedom, the national interest and democratic principles in this country? I know it is definitely not Julia Gillard, the Federal Labor and State Labor Government.

It is so wrong illegal aliens, juvenile delinquents and criminals are entitled to legal advocacy as a matter of routine, while victims of political malpractice and corruption are totally ignored.

And that no one in this country is willing to step forward and stand up for them. Even the Green Party will only fight for the human rights of illegal aliens, delinquents and criminals despite their claims to the contrary. What about innocent, wronged Australian citizens?

Huston to ground control, we have a very big problem here in Queensland, where there is no media diversity, only one state newspaper, no Upper House and no political party willing to hold government to account, uphold the rule of law and protect and advocate for citizens.

Professor Jeff Malpas and Sir Max Bingham QC are correct, we urgently need a Federal ethics commission and an independent, democratically elected whistleblower because Australia has a very poor record of upholding ethical principles and we clearly cannot count on the politicised media to be our eyes and ears and report fairly.

The urgent need for an ethics commission is just another issue the Rudd government has ignored despite all of Kevin Rudd’s big promises for true change prior to being elected.

As I have been unable to get any assistance from my local Labor MP or the opposition, Dorothy Pratt, the Independent Member for Kingaroy has agreed to sponsor an e-petition for me titled Independent investigation into unlawful editing of courtroom audio tapes and transcripts. This petition will close 2 August 2010 and be tabled in Parliament on 3 August 2010.
http://www.parliament.qld.gov.au/view/EPetitions_QLD/CurrentEPetition.as...

TO: The Honourable the Speaker and Members of the Legislative Assembly of Queensland

The petition of residents of the State of Queensland draws to the attention of the House the fact a boy was repeatedly subjected to severe school bullying, education discrimination and denied access to public service on equal terms. Represented by his mother in the Queensland Anti Discrimination Tribunal and Supreme Court, she suffered repeated abuse, intimidation and was denied the right to be heard by impartial judges via the ICCPR and Rights of the Child. Allegations of severe editing of courtroom audiotapes and transcripts are corroborated by retired journalists and an independent specialist confirmed considered time is missing from the tapes due to erasure but the CMC has refused to conduct an independent investigation into the complaint. As a result the boy was ordered to pay over $28,000 in legal costs to Education Queensland.

Your petitioners, therefore, request the House to order a full, independent and impartial investigation into why the State Recording Bureau allowed the courtroom audiotapes and transcripts to be repeatedly severely edited.

My radio call to Chuck Brooks from Radio 4BC (requires browser other than Internet Explorer, e.g. Mozilla Firefox) https://publish.indymedia.org.uk/media/2009/08/435571.mp3

How the Federal Court of Australia selectively denies The Rights Of The Child https://publish.indymedia.org.uk/en/2009/05/430998.html 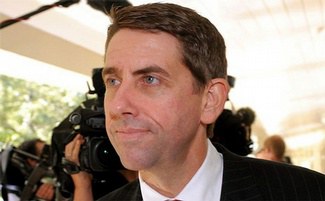