In a spontaneous response to Julia Gillard's pathetic climate policy announcement yesterday morning, Shaun Murray and Carey Priest from the Switch Off Hazelwood Collective locked themselves to the door of her electoral office in Werribee. After initially scoping out the office and purchasing 'D'-locks from the local bike shop, the pair returned shortly afterwards at approximately 2:55pm yesterday and locked themselves by the neck to the door.

Police and media were on the scene shortly afterwards, but Shaun and Carey had a 2-hour wait till the Search & Rescue Unit arrived to cut them free. In the meanwhile, they called radio stations and did interviews. The police were very friendly and sympathetic, with one officer recommending a radio station to call and supplying a phone number. 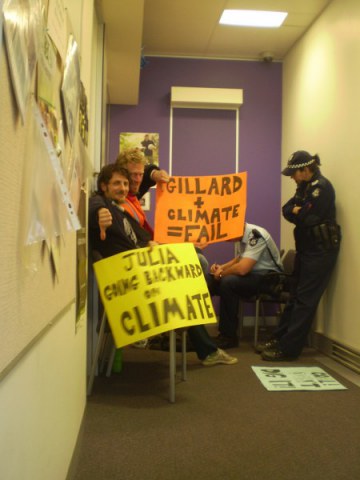 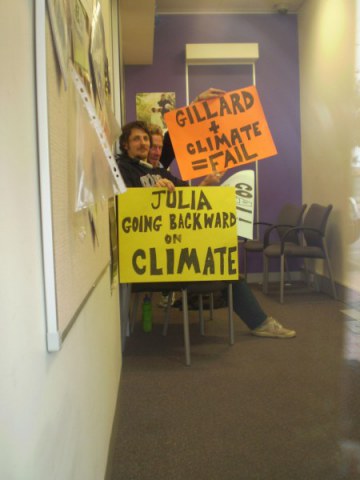 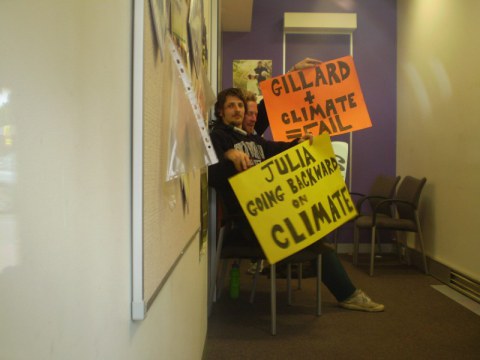 Re: Climate activists lock on at Gillard's office to protest ...

Re: Climate activists lock on at Gillard's office to protest ...

Great work fellas! I'm wondering who took the photo!?!?! Great to have seats for that 2 hour wait!!!