This has implications for global food production, food nutritional quality and food security. It effects not only humans but the animal ecosystems dependant on current plant physiologies.

“Instead, we must consider shifts in plant nitrogen use that will alter food quality and even pest control, as lower protein levels in plants will force both people and pests to consume more plant material to meet their nutritional requirements," Bloom said.

As climate change intensifies, careful management of nitrogen fertilization by farmers will become critical to reduce losses in crop productivity and quality, according to the research.

The concentration of carbon dioxide in Earth’s atmosphere has increased by 39 percent since 1800, and on current projections will increase by an additional 40 to 140 percent by the end of the century.

Plants require nitrogen, mostly in the form of nitrates in the soil, to survive and grow. Research has shown that when atmospheric carbon dioxide concentrations increase by 50 percent, the nitrogen status of plants declines significantly.

“This indicates that as atmospheric carbon dioxide concentrations rise and nitrate assimilation in plant tissues diminishes, crops will become depleted in organic nitrogen compounds, including protein, and food quality will suffer,” Bloom said. “Increasing nitrogen fertilization might compensate for slower nitrate assimilation rates, but this might not be economically or environmentally feasible.”

"One fear is insect outbreaks will become more extensive, because the insects will have to eat more to meet nutritional needs." Arnold Bloom told the ABC. (Listen to a popdcast interview with Arnold Bloom)

As plants absorb more carbon dioxide, levels of plant nutrition will go down and for some toxin levels will go up. So crops will have less nutritional yield which will mean humans or other animals will need to eat more to get the same level of nutrition. Plants will put more energy into defensive systems such as phenols or cyanide compounds.

Bad news for the Koala, one of Australia's iconic creatures, facing extinction from climate change.

Cyanide poisoning from Cassava produces a serious paralytic disease known as Konza, which was first diagnosed in 1981 in Mozambique. Simple methods have been devised to treat the cassava root to allow enzymes to eliminate some of the cyanide as hydrogen cyanide gas, making the tuber relatively safe to eat after processing.

While carbon dioxide is increasing, there will also be effects from changes in rainfall and water, changes in temperature, which will effect crops. Corn, soybeans and cotton are the largest three crops by production value in the US which will be affected by extreme heat. Above a certain threhold - 29 degrees - yields drop off rapidly and the effects have been described as 'damaging large' by a report by Agricultural Economists published in August in the Proceedings of the National Academy of Sciences.

We appear to be in for a period of declining crop yield as well as nutritional yield due to climate change which will challenge feeding the world's still growing population. 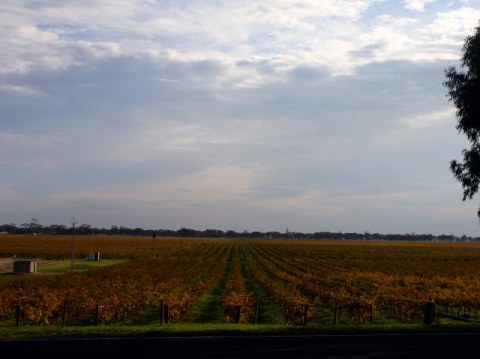