Alongside the 350.org actions yesterday, FoE's Anti-Nuclear and Clean Energy (ACE) campaign held a
community bbq in Batman Park, in the centre of the electorate of pro-nuclear and pro-coal Federal Energy Minister Martin "He might be from Batman, but he ain't no superhero!" Ferguson ...

Billed as an opportunity for informal discussion, info exchange, with face painting, music, food and games, it was a relaxed and enjoyable occasion, with music from Madeline and Kasey via a solar-powered sound system courtesy of Izzy, lots of food, an appearance by Ziggy the nuclear white elephant, and much more. Jim Green, FoE spokesperson on nuclear matters gave a brief run-down on how matters stand and Alex Bhathal, who is contesting the seat of Batman at the next Federal election, explained the importance of blocking the Labor Governemnt's CPRS bill - even suggesting people should try sending the Coalition "negative energy" over the next few weeks to prevent a Labor/Coalition deal.
(See also http://www.theage.com.au/national/changes-lock-in-polluter-paradise-2009....)
The accompanying video on EngageMedia (http://www.engagemedia.org/Members/pc/videos/ace-24oct09.avi/view) includes part of what Jim had to say about, amongst other things, the expected imminent decision on a nuclear waste-dump in the Northern Territory, and there is a rough and ready mp3 attached to this post.

Because it came up in conversation on the day, here is what Brewer has to say on the subject of "white elephants":

"A white elephant. Some possession the expense or responsibility of which is not worth while; a burdensome possession. The allusion is to the story of a king of Siam who used to make a present of a white elephant to courtiers he wished to ruin."

As the photo below shows, Ziggy had some difficulty getting off the ground...

For more on the campaign against a nuclear waste dump on Aboriginal land in the NT see http://www.foe.org.au/anti-nuclear/issues/oz/nontdump and accompanying links. 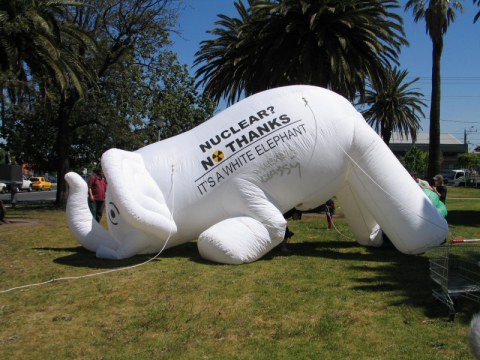 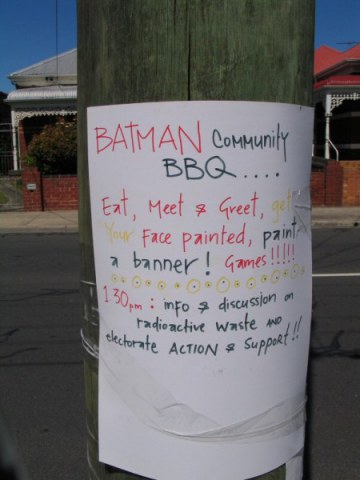 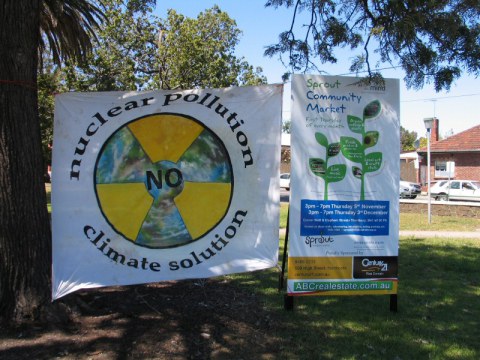 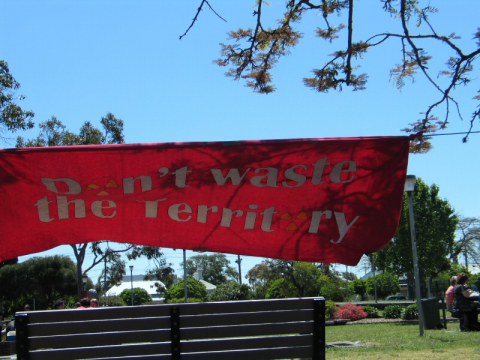 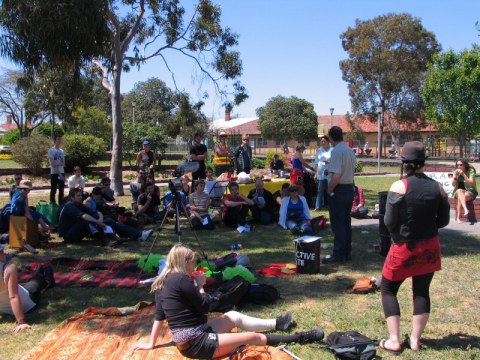 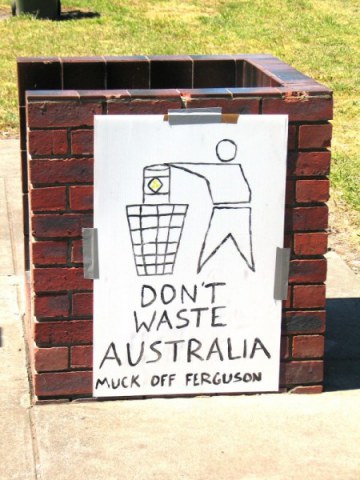 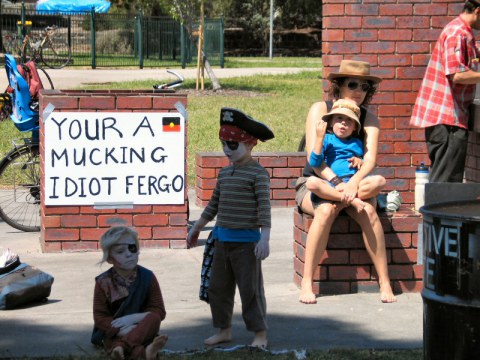 Re: Friends of the Earth Anti-Nuclear Community BBQ at ...

Hey well done with the pix and report.

The food was great too bbq and some food from Food not Bombs/Loophole crew.

I liked the green dodgy looking turd which the inflated elephant has attached to its bum.

A long bus load of "rent-a-crowd"? showed up but turned out to be from a factory shopping guided tour on their lunch break, they took some anti-nuclear leaflets back to Ringwood with them and remarked on the elephant too.

The safest electoral seat in Australia means Martin nukem Ferguson doe s not bother with the little people/locals he is too busy meeting the Big end of town/Corporations.
Seems like the locals should get on to him and call him to account a bit more if we want to see end of brown coal exports, brown coal electricity from la Trobe Valley and an end to uranium exports too.
Leave uranium in the ground and bury the ALP with it.