Solidarity with Villa Amalias from Sydney

On Thursday the 20th of December in Athens Greece, Villa Amalias squat was raided by riot police and eight comrades inside were arrested. All have been charged with various felonies and misdemeanours and are being held at Athens police HQ till they will be brought again before a judge on the 24th of December.

Following the eviction, the Greek minister of public order stated that Villa was an “epicentre for lawlessness”. For the past 23 years Villa Amalias has been an open political, cultural and social space hosting regular concerts, theatre, dance and language classes, film screenings, free markets and collective kitchens. The squat was a self organised initiative of the anarchist and anti authoritarian movement in Athens and those associated with the squat have the contributed to the struggles of workers, immigrants and the anti racist/anti fascist struggle.

As a minimal act of solidarity, on Sunday the 23rd of December some anarchists gathered outside the Greek Consulate and Beirut Hellenic Bank in the Sydney CBD. Two banners were tied to the consulate building reading:

Leaflets declaring solidarity with Villa and squatters everywhere were thrown, and much noise was made while hundreds of shoppers rushed by in Christmas mania.

SOLIDARITY TO ALL SQUATS

FUCK THE LAW SQUAT THE WORLD! 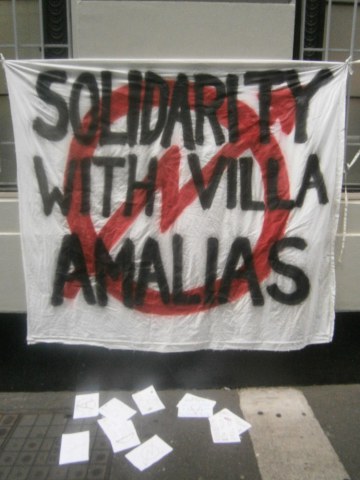 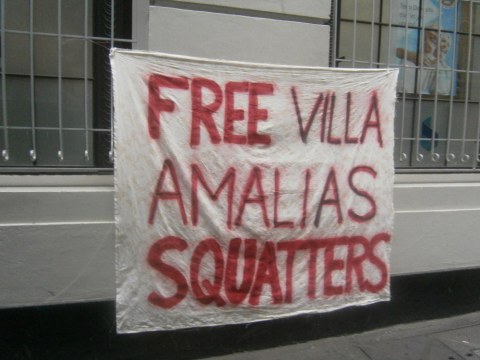 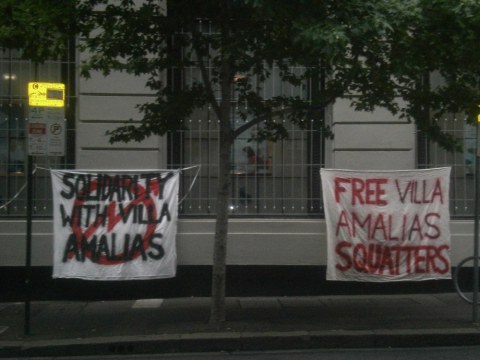 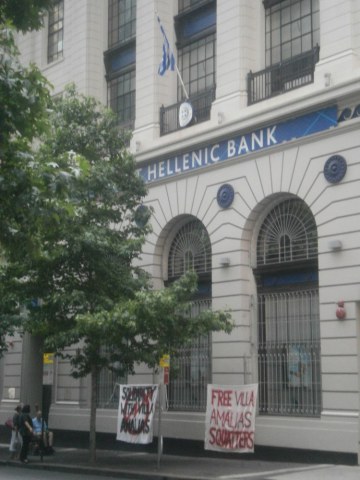 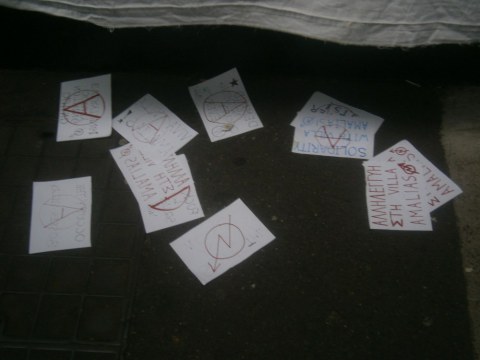 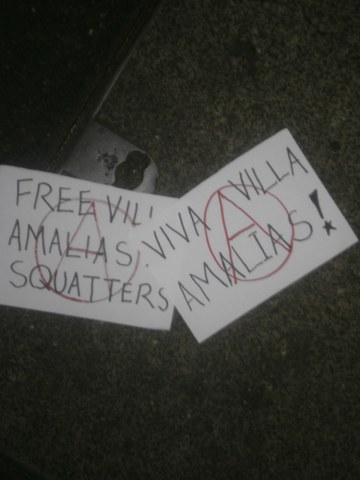 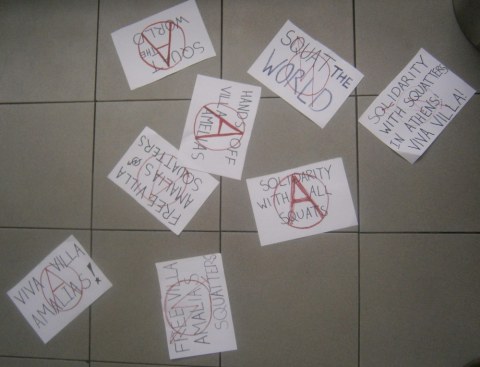 Thanks a lot comrades!

Thanks a lot comrades!