The environmnetal movement,  Landcare Australia is controlled by the fossil fuel and coal seam gas industry by a network of companies and organizations with controversial environmental ethics.

“We have to be aware of the possibility that some might want to partner with Landcare in order to greenwash what might otherwise be bad corporate behaviour.” Campbell Anderson,  Landcare in Focus Nov 2012, p12.

In his first interview as Chair of Landcare Australia Limited (LAL), Mr Campbell Anderson warned of the risk for the Landcare brand to be used to greenwash bad corporate behavior.

In a world of increasing conflict over land and water rights, where mining companies, farmers and conservationists jostle for the right to manage natural resource dominance above and below the ground, Landcare Australia's main communication medium “Landcare in Focus” is consistently free of controversy.  Issues such as oil exploration, coal seam gas (CSG), wood-chipping, and the impact of coal mining in agricultural districts and environmentally sensitive areas are an important  topic to Landcare volunteers across Australia, yet these subjects have never been discussed in LAL’s quarterly publication.

Eleven LAL corporate partners involved in mining & CSG have contributed tens of millions of dollars worth of sponsorship to Landcare Australia according to LAL annual reports.  LAL retains approximately 30% of funds derived from corporate sponsors as a management fee. A very healthy surplus cash fund now exists, with a significant proportion of corporate donations retained from year to year rather than being distributed to Landcare projects, LAL has accumulated assets in excess of $10 million.

Several members of the LAL board have a close association with companies, organisations and individuals involved with the CSG industry. Some LAL directors are either current or former directors of Australia's major environmental polluters including coal and petrochemical firms such as BHP and Orica.  LAL has received significant financial and in-kind support from Orica, which has been fined millions of dollars for unauthorised release of mercury, cyanide and ammonia into Australia's environment.  Orica is a workplace giving and corporate volunteer partner with LAL.

Chairman of the LAL board, Mr Anderson has an extensive career serving the fossil fuel industry, including managing director of Burmah Oil in the late 1980’s where he did deals with and on behalf of joint owner, convicted fraudster and conman, Alan Bond.

Anderson was the Former Chairman of ERA, where he was responsible for the controversial Ranger and Jabiluka uranium mine developments in the 1990’s that still threaten the world heritage status of Kakadu National Park today.

Anderson has been an Independent director of Clough Limited since September, 2003, providing engineering, procurement and construction services to the CSG industry via its subsidiaries Clough Seam Gas and E2O Pty Ltd. Its clients include former LAL corporate partners Santos and Origin Energy.

Anderson was chairman of the failed shale oil gas company Southern Pacific Petroleum (SPP) which collapsed in 2003 along with the loss of $40 million in tax-payer funds. Toxic dioxin emissions from SPP’s refineries were blamed for affecting the health of nearby communities and potentially affecting the Great Barrier Reef.

Anderson is on the board of Macquarie Bank’s Venture capital arm Macquarie Direct Investment, where he was founder and major shareholder of coal seam gas company CH4 Limited, which merged with Arrow Energy in 2006.

LAL board member, Alex Arbuthnot is a regular attendee at government enquiries, mining industry, farming and landcare events in his role as a representative of the National Farmers Federation and the Victorian Farmers Federation mining sub-committee where he campaigns in favour of mining and CSG activities in agricultural districts on behalf of the Minerals Council of Australia and the mining industry as a whole. He publicly supports mining on farms, including Coal Seam Gas extraction in Victoria.

Giving evidence to a Victorian Government inquiry into mineral exploration in 2011 Arbuthnot said “I have always advised , ‘Be very careful you are not the last person left with a mine all around you. Do you still want to live there?’. If you go to the mining company and say, ‘Can I have my compensation now?’, the mining company might say, ‘No, you can stay there’”.

LAL director, Peter Hay, is also a director of Western Mining Corporation spinoff Alumina Limited. In partnership with former LAL corporate partner Alcoa Alumina owns the controversial Alcoa World Alumina which, according to Bloomberg, "agreed to pay $384 million to resolve U.S. criminal and civil probes, after a unit admitted paying tens of millions of dollars in bribes to members of Bahrain’s royal family and officials at a state-owned company to win business."  Alcoa has invested up to $200 million in Australia developing coal seam and shale gas reserves.

He is a director of Lazard Australia, Newcrest Mining, former CEO of Freehills and non-executive Director of ANZ Bank.  Bermuda based Lazard provides financial and investment services to major players in the coal industry and is a joint venture partner with Australia’s largest independent technical advisor to the oil and gas sector RISC Operations.  Newcrest Mining owns the controversial Hidden Valley mine on the Watut River in Papua New Guinea.

Freehills, another LAL corporate partner, provides legal and investment services in support of companies seeking to carry out fracking to extract CSG in South East Australia as well as supporting the work of companies involved with existing CSG and pipeline operations in Queensland.  ANZ Bank is one of the largest financiers assisting to develop coal ports and CSG processing plants along the Queensland coast including Whitehaven's controversial Maules Creek coal project.

LAL also works in partnership with Westpac whose questionable environmental credentials include the financing of illegal rainforest logging and forced land-grabs, causing environmental destruction in PNG and the Solomon islands, affecting thousands of indigenous landholders. Westpac and its subsidiaries Bank of Melbourne, BankSA, St George and Hastings, also invest heavily in the financing of coal export infrastructure, and the development of the CSG industry in Australia. Former Westpac General Manager (Agribusiness) Graham Jennings was appointed to the board of LAL in 2003. He retired from his position at Westpac in February 2014.

Another LAL sponsor, Fairfax Media is 14.9% owned by climate change skeptic Gina Rinehart, seeking to use her influence to promote her extreme right-wing pro-mining agendas.  She is also a major supporter of Barnaby Joyce who is a heavy investor in coal seam gas company shares and land speculation in CSG territory and responsible for $480 million in cuts to the National Landcare budget in 2014.  Fairfax media is paid by LAL to distribute the Landcare In Focus magazine, which has never included any articles related to the coal seam gas industry or coal mining, despite these issues being a hot topic for community landcare groups around Australia.

Another discredited former LAL Chairman is Jerry Ellis. His was president of the Minerals Council of Australia and Chairman of BHP,  responsible for the $6 billion Magma Copper and HBI disasters. Ellis was CEO of BHP’s minerals division during the Ok Tedi mine environmental disaster in PNG.  He is also a director of ANZ, which has lent over $2.3 billion to companies developing coal ports and CSG processing plants along the Queensland coast.

In Queensland alone, existing CSG projects that involve Landcare corporate partners are predicted to generate over $10billion in federal tax revenue per year for the next 30 years.  If scientific evidence and environmental risk assessments stack up against exploration for unconventional gas in NRM catchment areas then community Landcare groups may decide to oppose CSG exploration by supporting campaigns such as Lock the Gate.

A small group of businessmen, more comfortable in a Melbourne Club Chesterfield than a Massey Furguson, are in charge of Australia’s leading not-for-profit Landcare organisation and connected by a web of corporations with a history of unethical behavior toward the environment.

The boss of Landcare Australia Limited, Mr Campbell Anderson, warns us to be aware of those who might want to partner with Landcare in order to greenwash bad corporate behaviour.

Environmental groups: beware of retired and current corporate leaders who attempt take over your orgnaization's agenda by stealth. 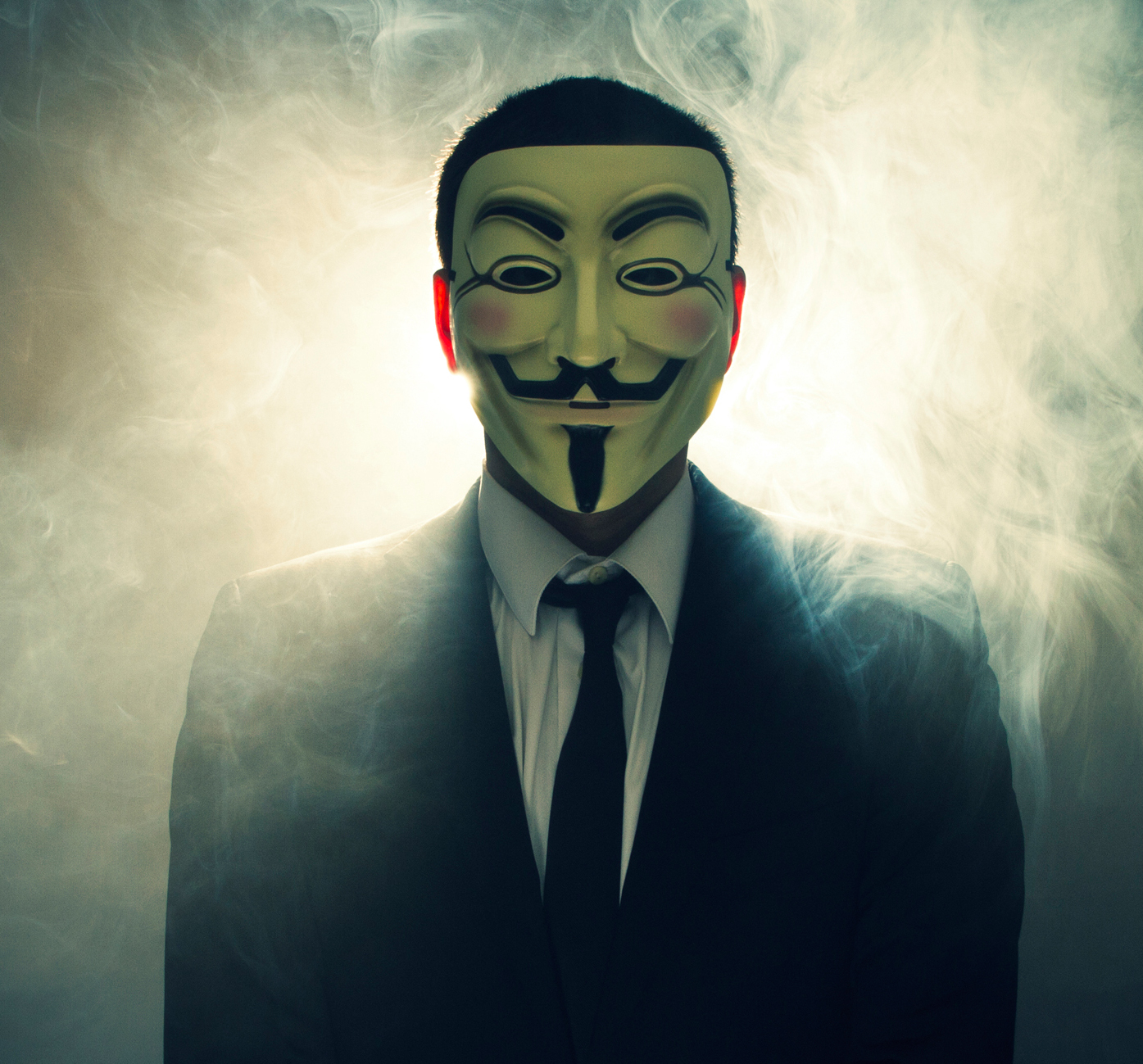