In the early hours of April 15 a group of anti-militarist activists gathered in Martin Place. They carried a number of banners and placards which bore slogans such as “NO WAR BETWEEN NATIONS, NO PEACE BETWEEN CLASSES” “FIGHT THE RICH NOT THEIR WARS” and “SUPPORT THE DIGGERS WHO SHOOT THEIR OFFICERS”.

They handed out a couple thousand leaflets to veterans and supports who came to attend the ANZAC dawn service. Some of the fliers were produced by the antiwar veterans groups “Peace Bus” and “Stand Fast”. Other fliers commemorated the Aboriginal warriors who were slaughtered in the frontier wars, and the diggers who went on strike and rioted for days in Sydney in 1916 against their authoritarian officers.

Around 5.30am, after the protesters left Martin Place without conflict, three comrades were chased down by a large group of pigs and forced to the ground in Hyde Park. After being threatened for half an hour, one comrade was accused of taping a poster to a nearby pole, then detained by police and held for the next 16 hours.

The poster in question was a reprint of a hundred year old anti-war poster which was plastered around Sydney throughout WW1 by members of the revolutionary union, the I.W.W.

The poster read “To ARMS! Capitalists, Parsons, Politicians, Landlords, Newspaper Editors, and other Stay-at-home Patriots. Your Country needs you in the trenches! Workers, Follow your masters!”

In 1915 a number of our past comrades were arrested accused of producing this same poster. One of the arrestees, Tom Barker, the editor of the I.W.W. newspaper Direct Action, was eventually convicted and spent 6 months in prison, forced to undertake hard labour.

Anzac Day 2014 saw the Australian population saturated with nationalist propaganda from every organ of the mass media. Despite the demagoguery of the various politicians who proselytized that soldiers died for ‘our freedom’, opposition to the official narrative continues to be repressed.

There was once strong tradition of protesting against the militarism of April 25 which has sadly died off over the past decade. From the late 1960’s to the mid 90’s, ANZAC day celebrations were regularly challenged or disrupted by feminist and anti war protesters.

On the eve of the 100 year anniversary of the invasion of Gallipoli, there has never been a more pressing time to challenge the nationalistic myth of World War 1 and of all imperialist slaughters.

Abbott perfectly summed up the purpose of the glorification of WW1 and its millions of casualties with his expression of hope that “we might find it in ourselves to rise to the supreme challenge, as they did, should we ever be put to the test.”

The state and media are undertaking an enormous propaganda campaign to cultivate a hysterical atmosphere in which the youth can be enlisted to kill and be killed for the economic interests of the elite. It is up to us to oppose it. 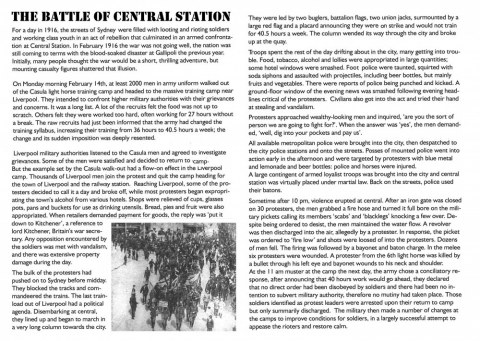 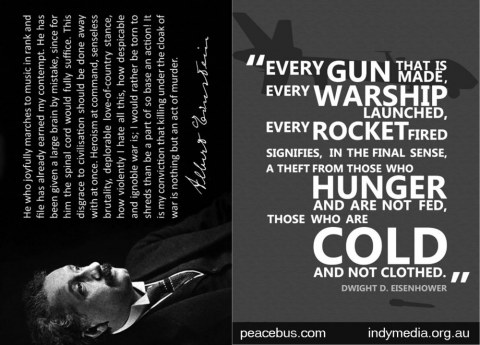 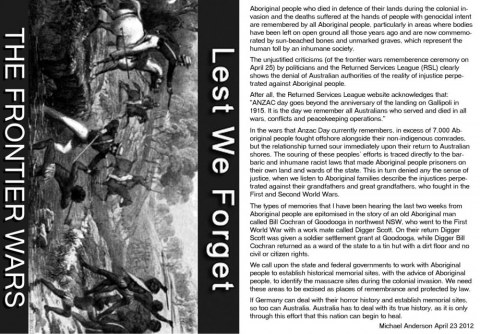 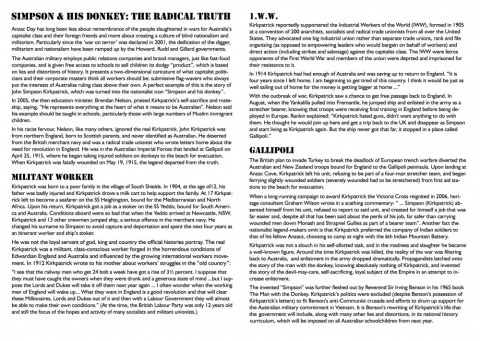 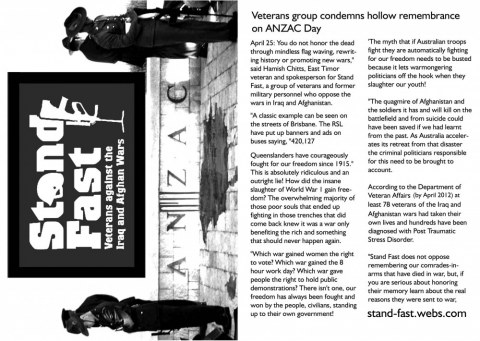 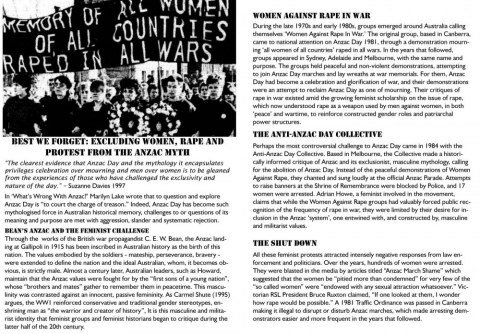