On the 26th of January in Brisbane, a few members of a fascist sect called the 'Australia First Party' attempted to disrupt the annual invasion day march held by the local indigenous community.

On the same day in Canberra the fuehrer of the party, Jim Saleam (former leader of ‘National Action’ and ’Australian Nazi Party’) gave a podium speech at a protest against the new Bikie laws in Queensland.

Back in December the party held a small rally outside the Greek consulate in Sydney in support of the ultra-nationalist Golden Dawn party.

In the early hours of February 16 we responded to those provocations by vandalising the 'Australia First' headquarters in Tempe, Sydney. We cracked the front windows and stained the glass with paintbombs and etching fluid and sprayed ‘FUCK AUSSIE PRIDE’ and ‘DEATH TO FASCISM' across the facade.

A week earlier on the 6th of February another small nationalist sect called the ‘Party for Freedom’ had attempted to host an ‘African crime forum’ in Newtown. They were forced to change venues twice after community pressure led venues in Redfern and Chippendale to cancel the event. At the last minute they had to change the venue to the business premises of party member Sergio Redegalli, known locally for the islamophobic murals he constantly repaints on the exterior walls of his building.

The night before the forum Sergio’s racist mural was paint bombed once again and in the days leading up to the event the party webpage suffered constant DDOS attacks rendering it completely unavailable.

The forum was largely disrupted, as a crowd of anti-fascists gathered outside the building, playing loud anti-racist music, heckling those attempting to enter and distributed a couple thousand fliers in the area denouncing fascism and Australia’s brutal border policies. Most of the racists who showed up turned back once they saw the crowd outside and less than half a dozen of them managed to enter, with an escort from the NSW riot squad.

Any attempts by fascists to recruit and promote their poison cannot be tolerated. We must organise to autonomously and effectively counter all racist groups and their ideas.

But we cannot forget that the state with its prisons, screws, cops and politicians do more damage to refugees and indigenous people then these sects ever could.

We look to rebellions from Palm Island to Naru as inspiration in the struggle against the colonial state and its border regime. 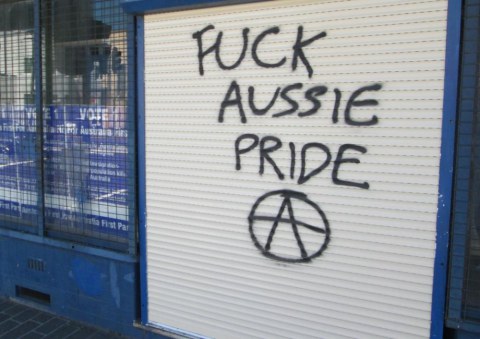 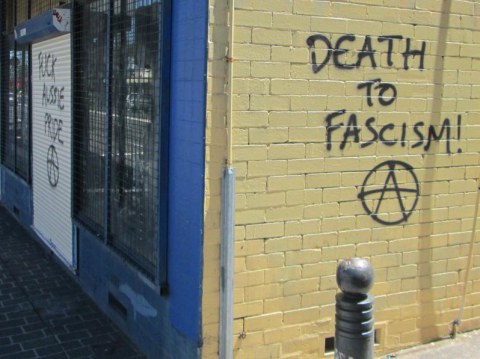 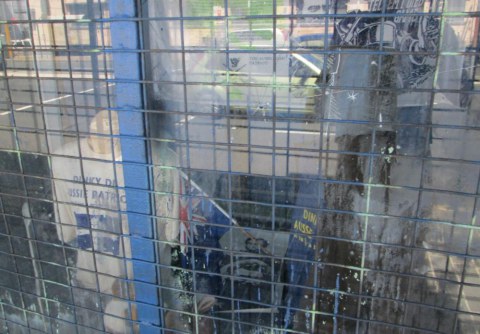 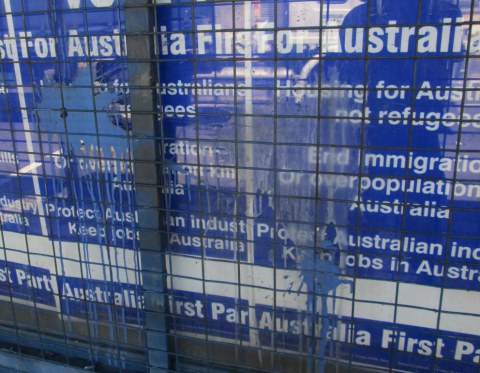