Much of south east Australia is again suffering a heatwave this week. The temperature reached 41.2C in Melbourne on Tuesdayand is forecast to rise again over this weekend. Inland towns get no such reprieve from the heat, with the Bureau of Meteorology having a heatwave forecast in place.

In the first week of 2014 temperatures climbed towards 50C in a heatwave focussed on WA, Northern Territory, Queensland and NSW. It was so hot that thousands of bats fell from the trees from heat exhaustion.

The heat from Central Australia brought heatwave conditions across south east Australia, from the 13th January. Melbourne had four consecutive days of temperatures exceeding 41C, a new record for the city. The Victorian Premier Denis Napthine warned that the electricity grid was stretched to the limit and up to 100,000 people may lose power for a time.

Preliminary statistics are already being reported. Victorian Ambulance Service had a 700 per cent rise in number of call-outs for cardiac arrests when temperatures spiked at almost 44C during the heatwave. About 203 deaths were reported to the coroner, more than twice the average. Paramedics treated more than 500 people for heat exhaustion, and about 60 kids had to be rescued from locked cars, reported the ABC.

The heatwave also demonstrated the importance of solar and wind energy for making the grid more robust for meeting energy demand. The sad part is that the Victorian Government has done little to encourage renewable energy whether it be in draconian planning regulations to stop wind farm development at the behest of a small anti-wind farm cult, or reducing the solar feed-in tariff to discourage small scale solar PV adoption by families.

One again today solar PV systems made a small contribution to the grid electricity supply, but also acted to reduce demand and delay the period of peak demand.

This comes on top of 2013 being the hottest Australian year on record, with temperatures well off the chart and a risk attribution study saying the temperatures in 2013 were caused by the addition of climate change, the event was well outside natural climate variability.

Sea surface temperatures were also unusually warm around Australia in 2013, with ocean heat content to 2000 meters continuing to warm. The record temperatures set over the last year may spike upward further when the Pacific Decadal Oscillation moves to a positive phase with the next strong El Niño. Research indicates that Global warming is doubling the risk of Extreme El Niño.

The heatwaves are going to keep occurring, with more intensity and longevity. Urban areas will particularly be impacted with heatwave amplification by the Urban heat island effect. Our infrastructure needs to adapt to these conditions, such as Melbourne's public transport system which goes into chaos when temperatures exceed 39C. Other cities around the world also face major costs associated with infrastructure maintenance and repair and adaptation to changing climate conditions.

We need to start thinking about and planning for climate adaptation measures, as well as reducing carbon emissions for long term climate mitigation. We need to do both at all levels of Government, in business and in our private lives.

The Ted Baillieu/ Denis Napthine Liberal National Party State Government in Victoria came to power after bipartisan support of the previous Government Climate Change Act, but in a succession of policy reversals they have shown their disdain for meaningful action on climate change and continue to oppose wind farms at the behest of a small anti-science anti-wind cult. They are keen in developing a brown coal export industry. They are up for election later this year...

The conservative Federal Government lead by Prime Minister Tony Abbott continues to wind back the climate change and minimal carbon pricing policies of the former Labor Government and now appears to be intent on destroying the Renewable Energy Sector by appointing Alan Moran, a deregulation fanatic from the Institute of Public Affairs to the panel to review the Renewable Energy Target.

Adapting our cities and towns to climate change will cost us collectively and individually, but it will be a major saving on what it will cost in mortality rates, health costs and economic disruption if we do nothing at all. Read what Rod Keenan and Benjamin Preston from Melbourne University have to say on Spending wisely now will make heatwaves less costly later

Coal the elephant in the room

Of course we all know the elephant in the climate change room is the burning of coal. And State and Federal Governments are intent on extracting as much for export to provide profits for a few, and to bolster royalties to state revenue while communities such as Maules Creek on the Liverpool Plains of western New South Wales get destroyed. I wrote last January that it was Time to cease expansion of coal to reduce climate change.

Both Greg Hunt, the current Liberal Party Environment Minister and Tony Burke, the former minister, have failed to investigate Whitehaven for false and misleading information for their mine proposal.

The Labor Party in Government were little better than the Liberal National Party in practice on coal development. More than the social impact, the Leard forest contains threatened species and unique ecosystems will be ripped asunder. A Leard blockade of the Whitehaven Coal mine development is taking place, as all legal avenues by local farmers and environmentalists to stop the mine have been exhausted.

Aboriginal sacred sites and burial sites of the Gomeroi Indigenous nation will be desecrated and destroyed. Watch Dolly Talbot speaking on Youtube about what the Whitehaven coal development, funded by the ANZ Bank, means to her family and people. 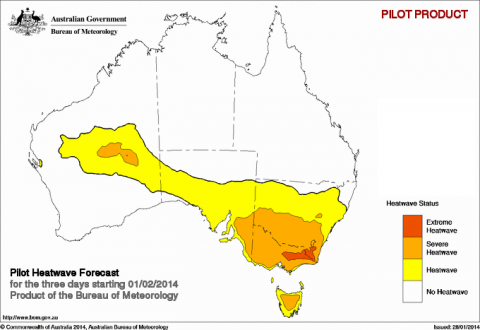