Hundreds rallied outside the Victorian Parliament House opposing plans for brown coal allocation and development for a coal export industry from the La Trobe Valley and Gippsland.

Currently 13 billion tonnes of brown coal is being considered for allocation by the Napthine conservative state Government, despite the impact of this in carbon emissions on climate change and increasing temperatures and extreme weather. As well as the allocation of coal licences, $90 million of Federal and State subsidies are also up for grab. Does subsidising brown coal make sense when we should rapidly be transitioning to renewables?

Already 8,000 people have signed a petition against the coal allocation and coal exports, with 3,000 of those signatures being given to Labor to table in parliament later this week.

Climate activist and author outlined David Spratt outlined the junction we are facing with climate change and the necessity for leaving Victoria's brown coal in the ground.

“The atmosphere doesn’t care where the pollution comes from.

“Brown coal exports would also be bad news for local landowners, who risk having mining licences slapped on their land. The prospect of new coal mines is a disaster for farming communities and food production, with productive agricultural land at risk of being ripped up for new coal mines” he said.

“A brown coal export industry will be terrible for road congestion and air quality in major towns and cities with coal trains and trucks rumbling around the state from mines to ports.

“Brown coal has had its day. It's time for the state government to abandon its reckless plans for a coal allocation and listen to the majority of Victorians who want clean, safe energy for a clean, safe climate” said Dr Aberle.

Seagrass meadows are also a keystone species for Corner inlet, driving much of the species diversity of the area according to scientists.

Residents around Hastings protested coal export and expansion of the Port of Hastings in mid November 2013. 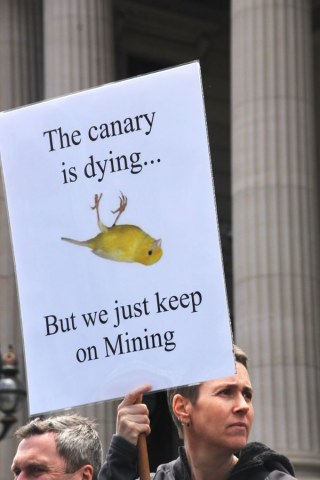 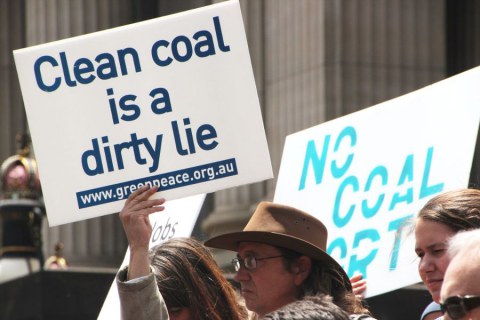 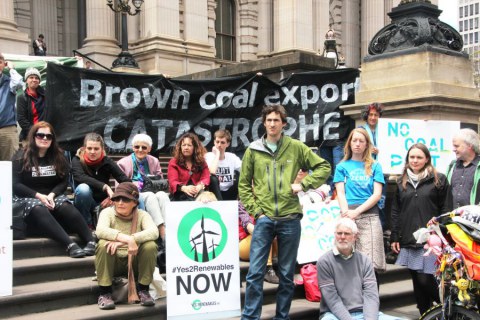 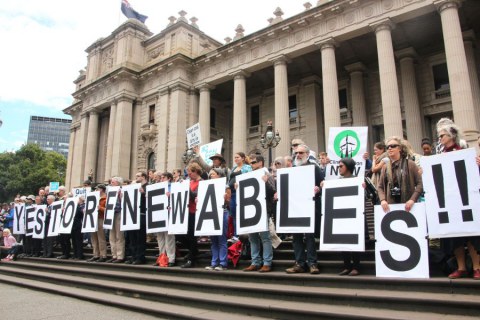