I should not be shocked but I was despite my first-hand knowledge of the continuous neglect by Australian Governments – State, Territory and Federal – of Aboriginal peoples. 671,000 Australians identify as Aboriginal but if we standalone the poorest 150,000 of our Aboriginal peoples, a significant proportion of them are living in third-world akin conditions in the world’s 12th largest economy. Per capita Australia has the world’s highest median wages and once again per capita Australia is the second wealthiest nation in the world. These statistics underwrite research I have titled “The Aboriginal Clock.”

Since releasing my findings that Aboriginal youth are dying at the world’s highest rates it was sad to note that it did not make an impact on the Australian consciousness. The chronic neglect and maltreatment of Aboriginal peoples are matter-of-fact in Australia. We accept much with very little outcry; the news media and Governments despite highlighting chronic problems do not prioritise Aboriginal peoples and the underlying issues. Racism has many veils and layers.

Thirty years ago Aboriginal youth was not killing itself at the rates we have today, nor was this the case twenty years ago, and ten years ago the suicide rates were much lower than today. The suicide rates are on the rise, the median ages of suicides are getting younger – this evidences the sense of hopelessness felt by many. Much of the hope of previous generations invested in the Black Power movements, in the Land Rights movements, in the striving for Treaty and equality has dissipated for many Aboriginal peoples who have waited and nothing positive has eventuated for them, and for many the belief is that they have less now than they did two decades ago. I have interviewed more than 100 Territorian Aboriginal Elders, and similarly more than 100 Aboriginal Western Australian Elders for research titled “Climate of Death” and “People are not the Property of People; the Northern Territory is a prison built brick by brick by the Commonwealth” and the overwhelming majority described beliefs that all that they or their parents struggled for two and three decades ago has now vanished. They despair at being effectively forced into surrendering culture, their homelands, their right to their historical identity. They were prepared for integration and the best of both worlds but they reject assimilation. No other cultures in Australia despite the various xenophobia that prevails contemporaneously have been so harangued as Aboriginal peoples are to let go of their historical and cultural identities – that is beyond the insulting tokenism we are prepared to allow.

They have no trust in ministries of Aboriginal Affairs or in a Prime Minister for Indigenous Affairs, they do not believe any longer in the presumption these perceivably affirmative actions will deliver what is now long overdue. The majority of those I have spoken with, hundreds, inherently fear these ministries which they believe are responsible for corralling them and extinguishing many of their rights and freedoms. They see these ministries, as I do too, as covert, whether inadvertent or not, social engineering attempts by Governments and their bureaucracies, and that the colonialist attitudes continue.

The majority of Aboriginal peoples, especially those among the poorest 150,000, and which my cluster surveys clearly indicate, are all for a Treaty, and without a Treaty they do not believe they will be rightly respected as Aboriginal peoples and allowed to be free in their own Country.

The majority have said that rather than ministries of Aboriginal Affairs they would prefer Aboriginal peoples in parliament. In New Zealand seven of the 70 parliamentary seats are reserved for Maoris. The majority of those whom I have interviewed, once again in the hundreds, would prefer for instance 7 or 8 of the 76 Senate seats for Aboriginal people. They also want to see all major political parties ensure Aboriginal representation. This would be inspiring electoral reform, something to which I too, for more than a decade, have been calling for. However the resistance will be huge but it can be achieved. In one University I worked at, I was on their peak academic planning council and also on the University Senate (the Board of the University) and in 2008 I lobbied quite hard to introduce a unit of compulsory Aboriginal studies to all undergraduate students. It was met with huge resistance and from those I least expected. In the end I managed to secure the fifth recommendation, substantive Aboriginal studies by Aboriginal scholars as a component of the introductory unit to all undergraduate students – an Australia-first.

Seven years ago during the second of my two Masters, both which studied the veils and layers of racism, and the ways forward, I was shocked by the discovery from comparative global data research that Australia jails Aboriginal adult males at more than five times the rate apartheid South Africa jails its Black adult males. Then I found that Australia imprisons its Aboriginal adult males marginally higher than the mother of all jailers, the USA, of its own most incarcerated peoples, African-American adult males. This upset me so much that I skewed my Master’s thesis into a study of this comparative data and the Australian consciousness. My findings explored racialised imprisonment, because indeed this is what is occurring in Australia. But once again other than affected Aboriginal peoples and grassroots supporters upset by these findings the rest of Australia barely gave it a mention, and just coldly accepted my mantras that we incarcerate Aboriginal peoples at rates higher than apartheid South Africa, as is the case once again that we accept without too much fuss that Aboriginal youth are suiciding at the world’s highest rates. I write that we accept all this because the fact is few, if anyone with capacity, are responding with sincere acknowledgment and remedy. My research and investigations have surprisingly come up with very little evidence of Government funding, next to nothing in the scheme of things, to address the unparalleled tragedy of Aboriginal youth suicide, nor the rising incarceration rates that now see one in every 70 Aboriginal persons in this nation in jail on any given day. Let us not even tinker at this time with the shocking statistics in Western Australia and the Northern Territory, which make the national averages look good!

Josie Farrer is the Member for the Kimberley, elected in March, she is a Kija woman and like most Aboriginal families she has endured loss from suicide – not long ago she lost her 16 year old grandchild. Ms Farrer attended the Beagle Bay event and was a guest speaker.

“Changes need to be made. The Government needs to assist by investing more resources and funding into preventative support programs, especially into remote communities.”

Remote communities are enduring higher rates of youth suicide than in big towns and metropolises, though Aboriginal suicide rates are disproportionately high Australia-wide. But the Kimberley has been host to recent spates of suicides that initially shocked right minded Australians – the multiplier rates reaching more than 100 times the national average. Kimberley communities like Mowanjum, Balgo and towns like Wyndham and Derby have become known for the first time to many Australians because of the horrific rates of Aboriginal youth suicide. In the weeks ahead I will unfold a number of news stories on how little Governments have done to try to address these suicide rates.

Employment, education, health and community infrastructure are invaluable to reducing both imprisonment and suicide rates but with suicides it is not just underlying issues related to impoverishment – my research and investigations have found that disempowerment is a major contributor. Despite the majority of Aboriginal youth suiciding or attempting suicide who are unemployed and dejected by the sense of hopelessness, far too many despite not being the majority were indeed employed but they too reported a sense of hopelessness or crippling dejection – the situational trauma of ones cultural identity rubbished by the majority of Australia, by do-gooder bureaucratic programs, by the forces of assimilation, by the impost that they should leave forever their homelands is soul destroying. Cognitively, all this generates situational trauma, and degenerates into a continuing traumas and stress disorders and disempowers far too many into a sense that their historical and contemporary identities are a liability.

Beagle Bay community does not have any out of school activities such as AusKick, youth services or a swimming pool but it is also not supported by Government funded respect for cultural identity and its highlighting, for bilingual education, for the documenting and disseminating of its history and nor is there any funding to ensure access to Country. The young grow up watching their Elders struggle for the right to express their identity, they grow up watching few non-Aboriginal peoples respect their cultural identity, and watch far too many patronise what little of their cultural identity they allow them to express.

A symbolic baton carved by local Dunba Nunju from a special medicine tree, a tree considered to have healing qualities for the local people was handed to Ms Farrer – ‘the baton of life’.

Elder Mary Victor-O’Reeri who handed over the baton said, “I humbly ask you, during your time as the Member for the Kimberley that you do the honour in continuing the movement in saving lives and bring with you the ‘baton of life’ to the people so that they too can bring together their own communities to ‘March for Life.’ Please help us to save the save lives of our Kimberley children, our mob, black and white.”

The community requested of Ms Farrer that she take the baton to every community, every town, to Parliament House, to the world, to continue what had been started in Beagle Bay last Tuesday – a movement to save lives – young Aboriginal children are now dying at the world’s highest rates.

“How many suicides, how many more deaths will it take to open our eyes, and open our ears to the silent screaming that is coming from the hearts, and souls of those who are gone, and of those who grieve and keep screaming, ‘Help’…” said Bishop Christopher Saunders in closing the Beagle Bay gathering.

- The writer of this article, Gerry Georgatos, has completed two Masters on what constitutes racism, on Aboriginal imprisonment rates, on racialised imprisonment and he has produced papers and reports on Aboriginal suicides. He is a PhD researcher on Australian Custodial Systems and Australian Deaths in Custody. Gerry’s journalism on Aboriginal youth suicides has been recognised with a number of journalistic prizes including most recently Best Coverage of Indigenous Affairs at the National Multicultural and Indigenous Media Awards, where he also picked up for the second time Best Investigative Reporting and the Journalist of the Year awards.

Further reading, at The Stringer: http://thestringer.com.au/

Deaths in custody – few are listening

Report on deaths in custody – people dying at high rates

Why are more prisoners dying from natural causes?

Josie Farrer tells parliament she has lived racism all her life 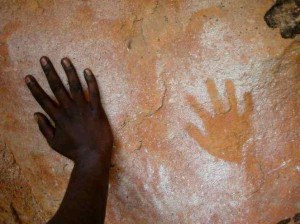