August 25, 2013 As the US prepares for military action in Syria, the reactions of Kevin Rudd and Tony Abbott are entirely in keeping with previous ALP and Coalition failures to put Australian military forces before their own party alliances with Washington.

Australia needs to send emergency medical aid to Syria immediately and assist an independent assessment of the situation. It must not rush towards sacrificing its young soldiers on behalf of an ambitious foreign power before the jury is in.

The reported chemical attack in Damascus is a shocking and repugnant reminder of the horror of war. But too many questions remain about what has happened in Damascus, how and by whom this attack was carried out, and what is the most effective response.

The Syrian government has been aware for some time that such an attack would be against its own strategic interests, since it would likely be used as the pretext for outside forces to topple the regime — it has known this at least since earlier this year when President Barack Obama issued public threats that any use of chemical weapons by the Syrian government would be a “red line”.

The situation in Syria is very complex, so there is only one correct response to this issue: An immediate, independent UN-led investigation into the reported attack to ascertain whether this attack was authorized by the Syrian government, break-away forces, or others.

Syria is in the grip of a terrible proxy war with many powerful interests involved: The Syrian government; the Muslim Brotherhood; other Sunni Islamic militant organisations; the United States; the United Kingdom; France; Lebanon; Hezbollah; Israel; Qatar; Saudi Arabia; Iran, and Russia–which has one of its few remaining naval bases in Syria. All of these interests are drawing on various assets to bolster their positions and this includes the United States drawing on Australia. Some seek to topple the Syrian government and replace it with one more amenable to their interests, while others seek to maintain the status quo.

The WikiLeaks Party has not forgotten the decision, based on false reportage about chemical weapons, for Australia to participate in the disastrous US-led Iraq war. The Wikileaks Party recognises the previous abuses of the Syrian state towards its dissidents, while similarly recognising the abuses committed by US-backed governments in Saudi Arabia and Bahrain–which the Australian Labor government disgracefully ignores.

In 2012 WikiLeaks released the Syria Files, millions of emails from inside the Syrian government which included the personal emails of president Bashar al-Assad. The documents reveal the intense complexity of political dynamics in Syria.

In the interests of transparency and accountability, the WikiLeaks Party demands that any decision on intervention by Australia in Syria must be ratified by both the Parliament and the Prime Minister. Our military assets are not toys for Kevin Rudd to play with during an election campaign.

The Australian Parliament and Prime Minister Rudd must answer two questions: One, what is the quality of the evidence and is it better than that used to mislead Australia into the Iraq War? And two, what Australian interests are served by military intervention in Syria and its aftermath?

In the midst of pre-Geneva II talks on Syria Professor Michel Chossudovsky, Director of the Centre for Research on Globalization and Professor Emeritus at the University of Ottawa tells the Voice of Russia about the controversial role the Obama administration plays in the Syrian conflict and the possibility that the US Head of State not only cooperates with Al-Qaeda and other terrorist organizations but also supplies them with chemical weapons.
In one of your recent articles you suggested that the chemical weapons accusations in Syria are fabricated. You said that “in a bitter irony, the evidence amply confirms that the chemical weapons are being used not by Syrian government forces but by the US supported Al Qaeda rebels.” Can you elaborate on this issue?
If we look at various media reports, including CNN but it is also acknowledged in Israeli media, the rebels namely Al-Nusra are in possession of chemical weapons but moreover it is acknowledged that western forces are actually training Al-Nusra rebels in Jordan and Turkey and this is confirmed by a December 9 CNN report.
We had subsequently the report of the United Nations independent mission which confirms that rebel forces are in possession of sarin nerve gas and the United Nations human rights investigators actually made a statement to that effect and refuted the accusations that government forces were in possession of chemical weapons.
In fact what they said is that the rebels were in possession of chemical weapons.
Then we also had a Turkish police report, which essentially confirmed these previous reports, the fact that the Al-Nusra terrorists who are supported by the Western military alliance, they were arrested with sarin gas in their possession.
Regarding the issue of chemical weapons in Syria you have also said that “Obama has not only “Crossed the Red Line”, he is supporting Al Qaeda. He is a Liar and a Terrorist.” Other than the provision of chemical weapons to Syrian opposition, is there any other evidence to support the claim that Obama might be supporting Al-Qaeda?
I think that we are beyond the issue as to whether Obama is supporting Al-Qaeda. John Kerry is directly in contacts with commanders, which are in link with Al-Qaeda rebels. We’ve got a fairly large documentation to the effect that weapons and money are being channeled to the rebels and that these rebels actually are on the US state department list of terrorist organizations.
So, what I am saying essentially is that these Al-Qaeda affiliated organizations are not longer supported covertly by the CIA, they are supported overtly by the US president and the Secretary of State who is in touch with commanders of that terrorist force, in particular the main intermediary is a General Idriss who is with the Free Syrian Army and who is in constant contact with the rebels.
But what I think we should understand is that Obama administration and its allies are harboring a terrorist organization which is on the state department list and that means that president Obama and Secretary of State John Kerry could under the US law be held responsible: And I quote the document of the state department “knowingly providing or attempting or conspiring to provide material support or resources to or engaging in transactions with Al-Nusra front”
so that essentially what I am contending is that Obama is in violation of the Patriot Act, he is in violation of US anti-terrorist legislation and in fact the US government is in blatant violation of its own counter-terrorism legislation while waging a so-called war on terrorism.
You can’t wage a war on terrorism and then provide support to the terrorists. 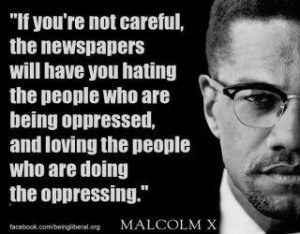 The ability to discover the truth is outstripped by the capacity to manifest deceit.

It appears self-evident there is a USA-led, rather than UN-led, urge for military intervention in Syria. The catastrophic international wars of Aghanistan and Iraq have decimated both nations and destablised international security.

The US Congress and the Australian Senate are sorely in need of bona fide independent WikiLeaks Party Senators who would stand up and be counted in calling for bona fide evidence of the Assad Government using chemical gas. Lies of WMDs and lies of the use of chemical weapons were facilitated in wrongly justifying the horrific invasion of Iraq. The loss of a million lives in Iraq, and more than 500 Baghdad lives lost to car bombings each month should serve as a stark reminder for Australian Senators to check their Government from rushing Australian lives to another unnecessary war, and from contributing to the further devastation of Syria and Syrian lives.

WikiLeaks cables known as the Syrian Files, released last year, evidence quite clearly the complexities of what is occurring in Syria. Australia should not be pushed into any war and instead should rise to the occasion with international aid, medical aid, and other aid to the Syrian peoples, and send only messages of peace for all.

Next month, unless concerns prohibit entry, I am shipping a container of 350 children's wheelchairs to Syria via Latakia Port, this at the behest of Australia's Syrian community. They have asked me for aid not war.

Australia should not oblige this urge for another war - and Australian Senators should do their duty in demanding disclosures and validate any disclosures, and not wait after the event, or posture in their twilight years with reassessments when in reality they knew all along, but with cowardice ignored so as not to upset those perceived as powerful influences.

This is why we urgently need WikiLeaks Senators to stand up for what is right, who will let nothing stand in the way of what is right.