Manning should be relieved of the cruel and unfair burden of her prison sentence with a presidential pardon, and she should be acknowledged as both a patriot and as a true citizen of the world.

In my own microcosms, I have been a whistleblower, on three occasions, in three different domains, and despite negative public portrayals of me, despite various persecution I stood solid and in time rightful outcomes eventuated.

Manning learned that Governments lie. Governments do lie. I too have come across Governments lying, again and again. Not long ago, only a few years ago, I came across Indonesian children in Australian adult prisons. When I reported this I found myself banned from my prison visits by the Intelligence Unit of the Ministry of Justice. A Senator told me "this is disgraceful, it's political". The ban was only lifted after a journalist broke the story of my prison ban.

I coordinated a two year multi-layered campaign to free these children from our adult prisons and all along the way, I was lied to by Government officials, and when I confronted the Prime Minister she froze in silence. They knew, all along. They lied.

Because of whistleblowers and confidential sources which I garnered from within Corrective Services and Government agencies most of the children are now free.

Manning said, "I will serve my time knowing that sometimes you have to pay a heavy price to live in a free society. I will gladly pay that price if it means we could have a country that is truly conceived in liberty and dedicated to the proposition that all women and men are created equal."

We have waited all our lives for the Senate-only party that is The WikiLeaks Party. If elected we will ensure the public record is respected with integrity. We will strive exclusively for a Senate that is a House of Review, accountable and transparent, one which does the justice.

Children in our adult prisons – and the government knew along

Gerry Georgatos, investigative journalist, researcher, and who campaigned for more than two years for the release of Indonesian children from Australian adult prisons is the WikiLeaks Party Western Australian candidate for the Senate

It is now common knowledge that Australian adult prisons were incarcerating children as young as 13. The major obstacle for human rights advocates struggling to free these children from our adult prisons was the Australian government - and the horrific prejudices and stereotypes they have shoved down Australians’ throats.

Many of the children have now been freed, some brutally traumatised, one sexually abused, all of them losing some of their youth to an unwarranted prison experience. The struggle for their freedom and for the change of Australian laws and their implementation eventually garnered the support of a swathe of lawyers (many who worked pro bono for the rights of these children), the Australian Human Rights Commission, the Australian Medical Association, the Australian Lawyers Alliance and UNICEF.

On November 25, 2011, the Senate’s Standing Committee on Legal and Constitutional Affairs called for submissions into the Crimes Amendment (Fairness for Minors) Bill 2011 introduced by Greens Senator Sarah Hanson-Young. But the road to this Bill, and more importantly to the ‘en masse’ release of many of these children was one of obstacles, ‘politicisation’, governmental lies and for myself an arduous two year campaign.

The Bill sought to define timeframes and set up evidentiary procedures for the age determination of “non-citizens accused of people smuggling offences under the Migration Act 1958, and who may have been a child (under 18) at the time of allegedly committing the offences.”

Not long ago, Prime Minister Julia Gillard and her Foreign Minister Kevin Rudd were very concerned about the rights of a 14-year-old Australian child who was arrested by entrapment for possession of marijuana in Bali. However, neither Gillard nor Rudd demonstrated the moral leadership required to support the rights of 100 Indonesian children who, for far too long, languished, either sentenced or on remand, in Australian adult prisons.

The child that was held in Bali was not in an Indonesian adult prison, but was in custody within the appropriate jurisdiction and was convicted to a two-month sentence as a juvenile.

This Australian child was brought home due to Rudd’s and Gillard’s calls for his release and spent Christmas with his family in Australia, while scores of impoverished Indonesian children languished in the cold dank cells and concrete confines of Australian adult prisons on that very same day.

I contacted Rudd’s office and he promised he would assist — he delivered less than nothing.

In late 2010, during a visit to Hakea Prison (invited by a prison chaplain), I unexpectedly met 30 Indonesian fisher-people who had been sentenced for fishing in excised waters. I was stunned by how young some of them appeared and started to ask questions.

In January 2011, I visited the Perth Airport Immigration Detention Centre with refugee advocate Victoria Martin-Iverson. We met an Indonesian youth who told us he had been a cook on a boat assisting the safe passage of asylum seekers to our shores. While visiting Hakea Prison in February, I was stunned to learn that this youth had been arrested and charged as a people smuggler and remanded to Hakea. I thought it couldn’t be right — Hakea is an adult prison.

Every Australian authority I contacted shut up shop and passed the buck. The media were reluctant to get involved: the producers of one major news program told me: “We can’t do a story on these kids, they’re people smugglers and Australians see people smugglers as evil — it’ll affect our ratings.”

Legal representation for these youths, provided by under-resourced Legal Aid providers, has not always been adequate.

What these lawyers did, including travelling to Indonesia to secure court-admissible evidence to displace the presumption of evidence of age from the discredited wrist bone x-ray, has exposed the failings of our intertwined criminal justice and political systems.

No politicians demonstrated the political leadership required. However, as a result of hard fought for media exposure there was a cultural shift. Former chief-of-staff of the Age Lindsay Murdoch wrote several articles, syndicated across the country. The West Australian’s senior reporter Steve Pennells visited Indonesia to find the mother of one of the children in our adult prisons, and this finished on the front page.
I had to tap into every journalist I knew, begging some, to do the truth-finding and hence the truth-telling so others journalists would follow them, and then so would follow the lawyers.

Since this breakthrough period of exposure after more than a year's campaigning there was for a period of time scores of stories on the plight of these children and the discredited wrist bone scan which the Australian Federal Police (AFP) had been using for age assessment. Insider, including in the AFP and in Corrective Services were assisting me, but they wanted to remain anonymous fearing repercussions.

On July 20, 2011 I asked Prime Minister Gillard about the Indonesian children in adult prisons, 70 having been confirmed at the time by the AFP as “age-disputes”, and I asked her to expedite their release into an appropriate jurisdiction and to implement appropriate age-determination protocols, not the discredited wrist bone x-rays. She froze, as if there was another scandal-in-waiting.

Despite the government promising it would do more, all it did was degenerate to another ‘age scan’ - a dental scan to go alongside the wrist bone x-ray — neither is accurate in terms of assessing age. Why not work with the relevant authorities in Indonesia or with the Consulates?

Australia’s misrepresentation of those who assist asylum seekers in their safe passage and their labelling as people smugglers has now caught up youths and children who were no more than cooks and deckhands on the boats of those lawfully seeking asylum on our shores.

We should also not forget the fisher-people convicted for the miniscule crime for fishing in excised waters to feed their families. Some of them were also children.

The incarceration of Indonesian youths and children in Australian adult prisons is a human rights abuse beyond comprehension.

Because of the campaign by people who gave a damn finally the government began to release many of them rather than expose themselves to scandal and return them to Indonesia despite these children having 'adult' convictions. The charade of their release without culpability to the government was through the Attorney-General’s office where they pretended to review submissions on the 'age-disputes' and came up with the mantra that “there was reasonable doubt" in reference to dates of birth although it could not be proved one way. In a number of cases, we had produced birth certificates, school records, depositions from their community leaders but the Australian government had politicised the issue of asylum seekers to such an extent that they were prepared to accept children in our adult prisons - they paid no attention to the evidence. Why?

Where was the transparency and the accountability? This is why we need WikiLeaks Party Senators to ensure a factual public record and to ensure that the Australian people have access to the truth. The Senate needs to be restored to its original intention, a House of Review, a watchdog, a monitoring body, a place oblivious of the monopoly politics, backroom dealing and tunnel vision that have rendered it near useless, and indeed dangerous.

Gerry Georgatos, declares an impartiality conflict of interest as the Western Australian Senate candidate for The WikiLeaks Party. 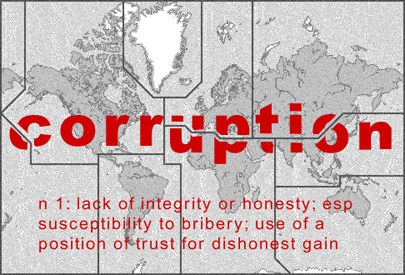