A dark thread of racism underwrites Australia’s national consciousness contemporaneously and it is not limited to Australia’s maltreatment of Aboriginal peoples. The maltreatment of Asylum Seekers for more than a decade exemplifies the sustained racialist nature of the Australian identity – and the violence of one racial identity to the other, or to clarify from the predominant (in terms of power) racial identity to other identities. The detention and imprisonment of Asylum Seekers by the Australian Government is a racialised imprisonment.

The Mandatory Sentencing Laws (1992) are underpinned by the historical racialist imprisonment of peoples. In effect peoples, particular groups of Australians, such as Aboriginal peoples, Asylum Seekers, and impoverished first and second generation groups are criminalised.

Aboriginal peoples are in a precarious position where because of the high rates of incarceration, criminalisation has become part of the fabric of Aboriginal life.

The Royal Commission into Aboriginal Deaths in Custody (RCIADC) is failed. It can no longer be referred to as a guideline of what needs to be done to reduce Aboriginal imprisonment rates or Aboriginal deaths in custody, nor in reducing imprisonment rates and death rates as a whole. Few have taken the RCIADC seriously.

Recently the Australian Institute of Criminology (AIC) released its annual National Report in Monitoring Deaths in Custody. There is nothing new in the report but everyone is carrying on as if there is – such as the increasing Aboriginal incarceration rates, the high number of deaths in custody, the doubling of the prison population, Aboriginal impoverishment. This is nonsense as all this has been exposed year in year out for more than a decade. All of a sudden there is now some mention about why natural cause deaths in our prisons are now the predominant manner of death in prison – but this too was raised by me more than five years ago, and every year since.

Why are more prisoners dying from ‘natural causes’? May 20th 2013 - http://thestringer.com.au/why-are-more-prisoners-dying-from-natural-caus...

It is as if few are listening.

Firstly, it is disgraceful that the AIC delivers its report on deaths on custody three years after the events. Only a decade ago the AIC was delivering the report within months of the last financial year. This is how it should be. Since then, the AIC fell away to reporting schedules that were one and half years late till this most recent debacle of three years.

The report is absurdly short-sighted and disgracefully inadequate. It does not relieve any of us of the racism that blights the Australian landscape nor explains adequately the racialised imprisonment rates.

Sadly, the report tried to push a line that custodial death rates had lowered but that is not the case. Death rates are still high and in terms of total numbers as high as ever and especially so for Aboriginal peoples. They pushed their line of low death rates by arguing proportion to total prison population. So they turned the death rates to a percentage of total numbers and did the retrospective.

The numbers dying have risen.

Many Aboriginal people argue that the disproportionate high imprisonment rates amount to a form of genocide. Indeed there is a legitimate argument here because the horrific numbers of Aboriginal incarceration amount to mass incarceration of peoples – it is what you may have expected in times of civil strife where the powerful dominant society mass imprisons a minority so as to oppress them. Then there are the direct links from the stressor of these horrific imprisonment rates; Australia leads the world in the highest rate of Aboriginal youth suicide.

The Northern Territory is a place of imprisonment. The Territory has a total population of 240,000 of whom 80,000 are Aboriginal peoples. But one in 120 Territorians are in prison compared with one in 137 of all Americans in US prisons. The USA is the mother of all jailers – with nearly 3 per cent of its total population in prison and nearly 8 per cent before the criminal justice system. Therefore the Northern Territory can contend for the title for the mother of all jailers. But 83 per cent of the Territory’s prison population is Aboriginal. It is a shocker.

Australia pushes left, right and centre racial vilification laws but it does not look at the racial vilification it commits every day in its Parliaments with racist legislation and policies nor in its Courts with its sentencing regimes and without adequate mitigation to cultural identity and circumstance and instead they crack down on Aboriginal peoples and various ethnicity.

With 25 per cent of the Australian population born overseas it is high time Australia gets its human rights record on track and its national identity cognisant of its historical and contemporaneous treatment of the First Peoples and of the various cultures that came here and who were hard done by our legislators and those who lived and breathed the essence of their legislation.

Legislation which includes the Racial Discrimination Act 1975, the Commonwealth Racial Hatred Act 1995, the Human Rights and Equal Opportunity Commission Act 1986 which outlaw racial discrimination in the public domain are not adequate if that domain does not include Parliaments, Courts and the Police.

Aboriginality in sentencing before the high court May 10th 2013 - http://thestringer.com.au/aboriginality-in-sentencing-before-the-high-co...

This racism led to Apartheid in Australia. This racism led to the out of sight and out of mind imprisonment, punishment and execution of Aboriginal peoples. It continues today with more than one in four prisoners in this country being Aboriginal. It continues with the Government neglect of impoverished Aboriginal communities. This racism led to the vilification by Australians of 19th century Irish, Chinese and South East Asians, 20th century Chinese, South East Asians, Italians, Greeks, Turks, Vietnamese and 21st century Africans and Middle Easterners. Let us never forget the Yellow Peril policies, the White Australia policy, the Stolen Generations, the 1992 Mandatory Detention legislation.

From 1980 to 2013 thereabouts 2,500 have died in custody and it will not stop unless our Governments do something about it all. For every death in custody there are many more who attempt suicide, and for each of them there are many more who are maltreated or in need of help. The Australian prison system is broken, but broken by heartlessness. My experience of those who come out of prison is that in general they come out worse than they went in.

Reports on Deaths in Custody – people dying at higher rates May 24th 2013
Why are more prisoners dying from ‘natural causes’? May 20th 2013
South Africa, twenty years after Apartheid, doing better than Australia May 11th 2013
Aboriginality in sentencing before the high court May 10th 2013
Australia’s Aboriginal children detained at the world’s highest rates May 1st 2013
Quality of Life for Australian’s 2nd only to Norway, but for Aboriginal peoples 122nd 16th March 2013
Australia’s Aboriginal children – The world’s highest suicide rate 27th February 2013
The burning issue of deaths in custody – Aboriginal people die 5 times the rate of Apartheid South Africa 16th February 2013
People are not the property of people: The Northern Territory is a prison built brick by brick by the Commonwealth 14th February 2013 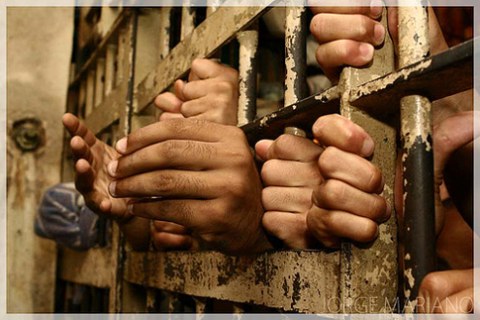