Six years on after reading the various Australian Bureau of Statistics data on imprisonment rates we note that rates of imprisonment have got worse, especially for Aboriginal peoples, who continue to bare the brunt of Australia’s growing prison population. Once again I decided to compare incarceration rates with other countries, and for instance see where South Africa is today – 20 years after Apartheid, and where Australia is not only 20 years on but in reality 60 years on after promising to dismantle its own Apartheid practices. I also compared data with the runaway leader in the jailing of people, the United States.

Once again, we note that one in 14 Western Australian Aboriginal adult males languish in one of the State’s 14 prisons. In the period of my life where I was involved in the tertiary sector I visited some of these prisons, at the invitation of various prison officials, and met with the prisoners to discuss post release opportunities. The queues for personal advancement opportunities in our jails are long – the illiteracy rates are high. Aboriginal prisoners cry out for opportunity but there is limited opportunity and often it feels like there is no opportunity. The letters I have received from prisoners would break anyone’s heart as they seek the promise of someone to bring on some hope. What opportunities do exist are quickly taken up, the limited positions filled without time to consider them. The maximum security prison of Casuarina forever remains etched in my mind – half its prisoners are Aboriginal, about 300 of them, and the hopelessness and dejection was evident on their faces. For each one I may have assisted into education and employment rest assured there are hundreds who have not been assisted, who remain alone either unto themselves or to the (brother/sister) hood.

Australia has one of the world’s worst prison suicide averages – and all in all, in total no less than 70 prison deaths per annum. But its post release suicide/deaths average during the first year is horrific – at least five times the prison deaths average. 350 to 500 die post release – suicide or by various self-harm including addiction to various substances. It has been my observation that in general people come out of prison worse than they went in.

How can this be so in a country such as Australia, the world’s twelfth largest economy?

I have decided to write again, and again, about these rates so it sinks into the consciousness of many more Australians what exactly is happening here in Australia – racism. I have often been gentle to Australia that racism has its myriad veils and layers and that we are caught up in these but in the end racism is just that, racism.

Every Australian jurisdiction has an Aboriginal imprisonment rate worse than that of the last years of Apartheid South Africa.

The Americans are imprisoning their people at about 740 per 100,000 while Australia imprisons Aboriginal and Torres Strait Islanders at nearly 2,000 per 100,000 of the total population.

The rate is increasing year by year, and the exponential increase in the rates is nightmarish as Australian Governments inept in having addressed Aboriginal impoverishment and despair hide their failures by legislating tougher sentencing laws, including mandatory detention laws and three strike laws, which indeed are prescribed to target Aboriginal peoples.

So Australia incarcerates Aboriginal people at higher rates than the United States rate of 740, the Russian rate of 570, the Chinese rate of 120 per 100,000. But South Africa’s rate today, with its myriad social problems as it continues to unravel the effects of Apartheid two decades later, rests at 310 per 100,000.

From 1993 to 2013, Australia doubled its prison population. In 2013 more than one in four of Australia’s prisoners are Aboriginal.

The jail occupancy of Australia is well over more than 100 per cent. Australian prisons are full. Officially they are at nearly 110 per cent occupancy, and therefore this leads to cramming and double bunking, but in real terms when we consider the numbers the prisons were originally designed for the occupancy rate is at 200 per cent thereabouts.

If Australia is imprisoning its Aboriginal adult males at nearly six times the rate of the last years of Apartheid South Africa, and if Western Australia is imprisoning its Aboriginal adult males at nearly nine times the rate, then where are the real questions at the parliamentary levels? If the United States imprisons a larger percentage of its black population than South Africa did during Apartheid, and Australia has an Aboriginal imprisonment rate more than two and a half times that of the United States incarceration rate then what does this suggest about Australia’s treatment and attitudes to Aboriginal peoples, who are less than 3 per cent of our total population? Furthermore, the point has to be hammered home, that if Australia incarcerates its Aboriginal people at rates higher than what the mother of all incarcerators, the United States does, then what does this really say about Australia?

Australia incarcerates its Aboriginal peoples at rates higher than what the United States does its black people, its Hispanic people, its First Nation peoples.

According to the United Nations Development Program’s Human Index, Australia is ranked number two in the world, out of 187 nations, for its social and public health.

Australia, the world’s twelfth largest economy, has no excuse for not improving the lives of a few hundred thousand Aboriginal people. The Native Title Act has cheated Aboriginal communities of their rights, the resources sectors (multinationals and domestics) have ripped off blind Aboriginal peoples, the Government has neglected Aboriginal peoples by refusing to provide the full suite of infrastructure and other various equity to Aboriginal townships and communities and most of the rest of the nation turns a blind eye while its consciousness continues to be damaged.

I should not have had to skew two Masters and a PhD into researching why Aboriginal incarceration rates are on the rise in this country, but then again Australia forced me into it – during my youth it did its best to hide from me the true history of this nation. It hid its nefarious treatment of Aboriginal peoples, it shoved stereotypes down our throats, prejudices and biases that are still wreaking carnage to this day. Australia continues to deny its racist identity, its racist ideologies, its racist origins-of-thinking, its pernicious attitudes and it does so at the expense of humanity – in this instance Aboriginal humanity.

There have been hundreds of reports and inquiries during the last two decades into Aboriginal neglect, impoverishment and incarceration rates. The fact remains Australia has never prioritised addressing its greatest crime.

We can argue all we like about statistics but in the end when the statistics are so stark, their impost tells the truth – Australia remains a racist nation. 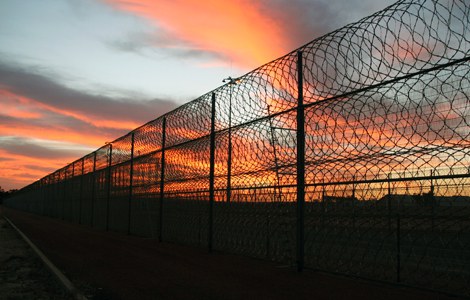 The article makes a very good point but does so in a problematic way; please don't reduce a country like South Africa, still facing myriad complex problems, as some lowest bar of civil rights standards.