In the early hours of January 26th we tipped a bucket of paint on a statue celebrating the First Fleet in Brighton Le Sands, Botany Bay.

We later threw numerous paint bombs at a massive statue of James Cook in Hyde Park, who according the plaque on the monument “discovered this territory in 1770”.

We paint bombed the Tempe office of the Australia First Party, a small fascist sect which has managed to get one racist elected to the Penrith council.

We dropped 7 banners across Sydney, five from walkway bridges and two from an empty warehouse on a busy intersection. They read:

ALWAYS WAS, ALWAYS WILL BE ABORIGINAL LAND

KILL THE COLONISER IN YOUR HEAD

FROM PAPUA TO PALESTINE, GADIGAL TO WALLMAPU, SOLIDARITY WITH INDIGENOUS STRUGGLES.

And an Aboriginal Flag banner.

Around midday a few of us dropped a massive banner reading FUCK THE FIRST FLEET from a walkway above Circular Quay in Sydney Harbour, where thousands had gathered to watch city organised events, including a military aircraft show. A few hundred leaflets were thrown from the walkway which soon attracted a large police response.

Throughout the night we removed council banners promoting Australia Day events and set about capturing as many Australian flags as possible. Large and small flags were taken from park flagpoles, shopfronts, fences, yards, cars and later burnt.

We are completely opposed to this nationalist celebration commemorating the date of invasion by the First Fleet. The fleet was comprised of eleven prison vessels, sent to establish a colony on the east coast to displace Britain’s criminalised poor and rebellious. The colony introduced the paradigm of police, prisons and private property to a territory where land was communal, communities settled disputes and meted out punishment without recourse to incarceration or a specialised armed force constantly patrolling and surveilling everyone’s behaviour.

This process of conquest and control has been consistently opposed and resisted by Aboriginal fighters, rebellious convicts, and radical migrants. Despite constant claims to the contrary, struggle against the invasion forces and its laws has not been defeated. From bushrangers to bank robbers resistance continues through daily attacks against property, law and order by mostly young vandals, thieves and rebels.

Australian colonialism is not a thing of the past. It is continued and reproduced every day though government policies such as the NT intervention, the massive incarceration rate of indigenous youths and Australian military action in the South Pacific and Afghanistan. It is reproduced and legitimised through the daily activity of everyone on this territory who upholds property rights and recognise the government’s claim to this territory.

Although nationalist and militarist holidays such as Australia, ANZAC and Remembrance Day are entirely symbolic, they are intended to foster a proud colonialist mentality and unity around the state and its armed forces. From Botany Bay to Kabul, we encourage the disruption of any celebration of colonial occupation.

We extend a wave of solidarity to indigenous resistance struggles around the world. From Papua freedom fighters resisting Indonesian military occupation, to Mapuche communities battling the Chilean state and landowners for control of their native lands, indigenous peoples in Bolivia fighting against a massive highway through their territory. Indigenous peoples in Brazil who’ve been resisting the Belo Monte Dam for decades, and the first nation peoples in Canada currently mobilising through the Idle no more campaign.

We are against any process of reconciliation between indigenous and non indigenous peoples until the structures of colonialism have been destroyed. 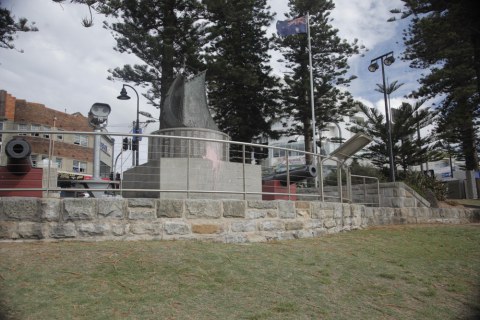 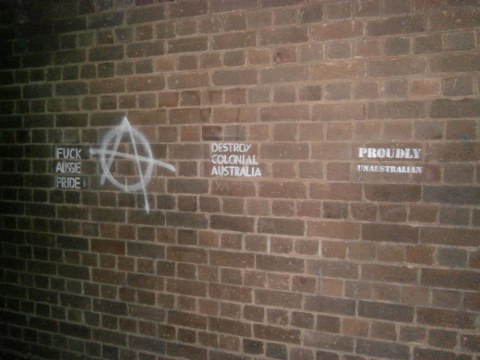 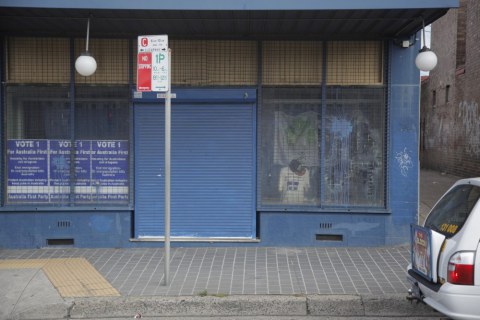 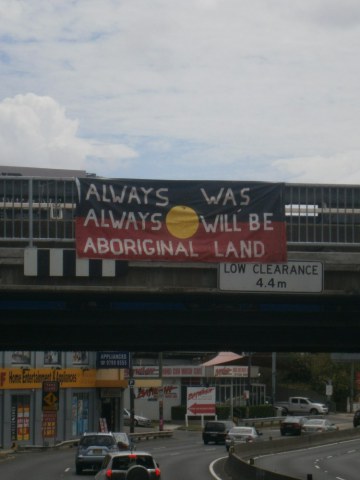 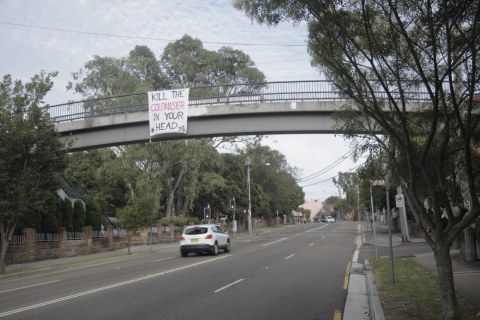 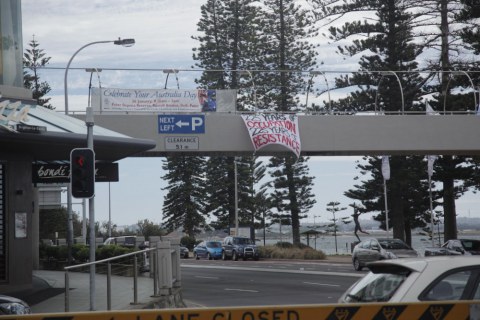 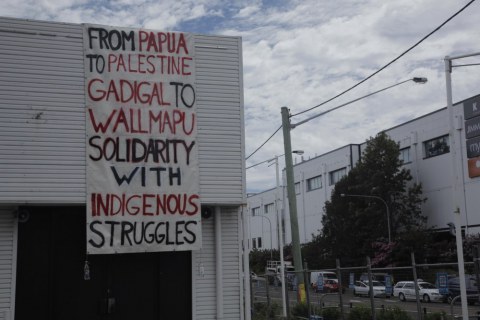 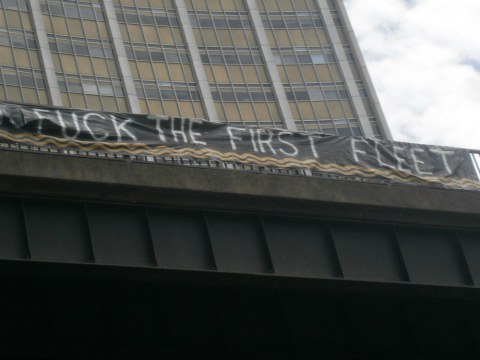 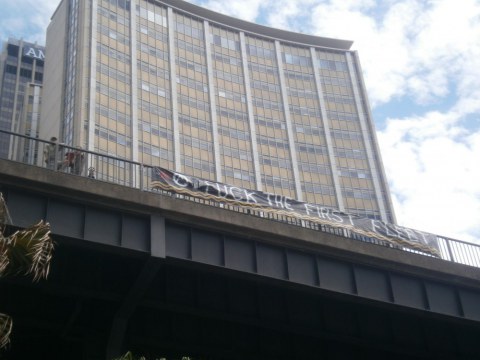 How capitalists have been poisoning the minds of the West

Hello Anarchists. You may want to take a look at this.We have discovered how capitalists have been poisoning the minds of the West. We have worked out how they create social pathologies to undermine our health. http://www.scribd.com/doc/98146955/Psychological-warfare-in-politics-Neo...