Jonathon Moylan's ANZ Bank hoax letter over the Maule's Creek Project open cut coalmine continues to produce reverberations. Greens Leader Christine Milne has now come out in his support arguing that we are in a climate emergency and we need to have a very serious 'Look at the damage to humanity being caused by people who bankroll coalmines'. Independent Economist Rod Campbell implies that the real hoax being perpetrated on small and institutional investors in Whitehaven coal is by Gillespie Economics and NSW Planning Department who massively overestimated the benefits and underestimated the social, environmental, health and climate costs of the project.

Jonathon Moylan may become Australia's first high profile climate civil disobedience activist jailed as a result of an ASIC investigation. A somewhat similar case ocurred in the USA in 2011 when climate activist Tim DeChristopher was jailed for two years and fined $10,000 for climate civil disobedience for exposing the rorts in an auction of public lands for mineral exploration. Clive Hamilton on The Conversation website article - ANZ imposter takes up new climate tactic - also draws our attention to the parallels with the Tim DeChristopher case.

In the report Greens leader Christine Milne came out and supported the actions of Mr Moylan, saying

"We are in the midst of a climate emergency and Jonathon Moylan is standing up for what he believes in and for making the point that if you continue to bankroll new coal mines and new coal exports then you are actually driving global warming with the catastrophic consequences for human kind".

"Look at the damage to humanity being caused by people who bankroll coalmines and those who are making money out of the misery of, not only of this generation, but future generations. That is the actual issue here. Who is actually losing as a result of the bankrolling of coalmining?" Senator Milne told ABC News.

"Well the Greens are saying we believe in backing up people who stand up for what they believe in. And what we believe in is a fair go for all Australians and future generations and for our fellow Species. That is why what is at risk here by the climate emergency we are now facing. People in rural and regional Australia get that more than most."

"To have someone who has the respect of the electorate of Australia in high political office to go out and support fraudulent and arguably illegal activity like this beggars belief."

But then Mr Vaile is speaking as Chairman of the company with a large personal financial interest at risk.

"Change doesn't happen without people taking risks. The consequences to me could be very serious but nowhere near as serious as the impact that this mine is going to have on our water and our farmlands."

"Our main concern is the impact that this mine would have on farmers, on the largest remaining forest in the Liverpool Plains and, you know, our health and our climate. All of these things are absolutely invaluable and can't have a dollar figure attached to them."

"I certainly don't, didn't intend any harm to shareholders in Whitehaven and, you know, for the record I do apologise. But I won't apologise for exposing ANZ's dirty investments in Whitehaven Coal."

The final approval for Whitehaven's Maule's Creek Open cut coal mine is dependant on a decision by Federal Environment Minister Tony Burke under the EPBC Act. 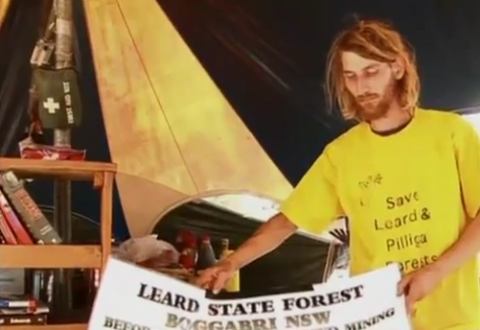 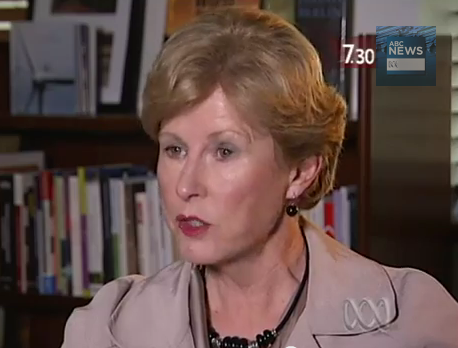 What about alcohol, Christene Milne?

Interesting that 'The greens' thru its leader Christene Milne has voiced bitter opposition to coal mining stating it has "catastrophic consequences for human kind".
But lets also consider their silence on the costs to our health system from the use (not just the abuse) of alcohol.

Billions of dollars are being spent by our HEALTH SYSTEMS each year to counter over 60 diseases stemming from alcohol useage, plus the social and financial implications of road traumas, domestic violence and social unrest caused from the effects of alcohol.

Green Senator Peter Wish operates a vineyard and sells his wine making him a part of this other "catastrophic consequence on human kind".
Perhaps a comment from him and his leader Christene Milne on this subject and its difference would be interesting.