When the GPH and CPP-NPA-NDF peace panels met in June in Oslo to declog a peace process mired in a contrapuntal word and ground war, both sides raised their bills of particulars. The CPP-NPA-NDF listed over half a dozen issues pertaining to safety and immunity guarantees for their consultants (JASIG), bilateral agreements, the release of political prisoners, terrorist listing of the CPP-NPA and Jose Ma. Sison, and indemnification of human rights victims. (These issues have been, and will be, addressed elsewhere.)

The GPH panel focused on a demand to “lower the level of violence on the ground”, with particular reference to the use of land mines and child soldiers by the NPA.

“There is no meeting of the minds there” Satur Ocampo wrote in his Philippine Star column on Sept. 1, 2012. NDF chair Luis Jalandoni echoed this sentiment when he said, in a forum also on the same day, that peace talks must not be reduced to mere ceasefire negotiations.

For GPH, the issues of child soldiers and land mines are not marginal or peripheral to peace negotiations. Children, in the barest sense, are our future; when we imperil them we risk our future. International humanitarian law and Philippine law prohibit the use of child soldiers, a practice staunchly denied by the CPP-NPA but belied by regular news reports, among the latest, that on a 17-year old (recruited when he was 13) among NPA casualties in an Aug. 31, 2012 Davao encounter.

The CPP-NPA-NDF takes pains to point out that the NPA uses “command-detonated” land mines (as against “pressure-activated” ones which kill anyone) whose use is allowed by international conventions. But land mines do not always obey instructions, time and again killing and maiming hapless civilians, (Recently a grenade targeted at a military site landed on merry making barangay folk in a Davao perya or fair in Paquibato district, injuring 47; the NPA has belatedly owned up to the deed.)

Unlearning war must begin here and now, not who knows when, or with the inking of the final pact. Violence has taken too high a toll on our families and villages and communities, rending them asunder. In the poem Brave Woman by Grace Monte de Ramos, a village woman (perhaps widow?) soliloquizes about her two sons, unschooled and unskilled, joining the army “when they were young”; and her third and youngest son, abducted at 17--by soldiers or rebels? She cannot say. As she seeks his bones, she laments that perhaps her older sons have “given other mothers sorrow … Perhaps my (youngest) son had to pay for what they borrowed.’

And violence has taken too high a toll on our psyches, most especially those who have come within arm’s length of it. The former pastor of a campus Protestant church was one of three children in the 70s serving the NPA as errand boys. His peasant father jailed by the military, his mother in the US to earn money somehow, he had to survive by his wits, thus ending up with the NPA in Isabela, his home province. Decades later, by dint of hard work, struggle and sacrifice, and luck, he became a pastor, as did one of his fellow errand boys. The third took his own life.

The inner wounds inflicted by violence take a lifetime (and amazing grace) to heal. The inner demons one cannot always slay. King Badouin I of Belgium has said, “Youth is the first victim of war; the first fruit of peace. It takes 20 years or more of peace to make a man; it takes only 20 seconds of war to destroy him”.

This is where GPH is coming from. This is the emotional calculus that compels the GPH panel to raise the issues of land mines and child soldiers and press for reduced levels of violence during negotiations. These do not negate the GPH’s commitment to socio-economic-political reforms. For GPH, seeking peace in the here-and-now is a foretaste or token of the just and enduring peace that we all want. Muting the gunfire during peace talks, keeping children and civilians out of harm’s way, will mean one life, or two or three or more saved, and that will have been worth it.

American peace mentor John Paul Lederach once said, when we choose gunfire as the modality by which we communicate, it becomes difficult to go back to words.

Herein lies the challenge: of finding a common ground, of finding the right words to cut through the crap and the gunfire, of matching word with deed, resolve with will, of restoring integrity to words so that we do not engage in wordplay (and verbal sleight-of-hand) but mean what we say and say what we mean, of unlearning war in order to wage peace. :-( 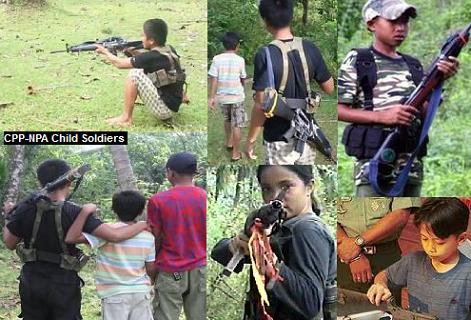 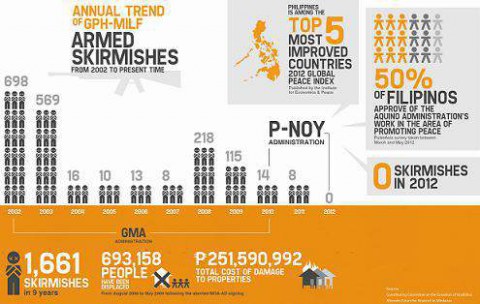