The US used to operate massive military bases in the Philippines under the Marcos dictatorship. But after he was toppled by peoples power uprisings, these agreements were revoked. However, subsequent Filipino governments have used VFAs to effectively re-base siginificant US military forces in the Philippines, particularly in and around the southern island of Mindanao where insurgent (left and Moro national liberation) groups report that US special forces and even drones have been used against them.

Filipino anti-war activists are concerned that a VFA with Australia will be used to help further repress liberation movements.

According to the Australia’s Department of Foreign Affairs and Trade (DFAT), each year Australia spends $4.0-4.5 million on “bilateral military cooperation”. These include “high level policy talks, training of approximately 130 Philippine defence personnel in Australia, and visits by senior officials”.

The military relationship, says DFAT, is “focussed on counter terrorism, maritime security and assistance to the Philippines Defence Reform Program”.

During former Philippines President Gloria Arroyo’s visit to Australia in May 2007, a bilateral Status of Visiting Forces Agreement was signed, and this pact is now being considered for ratification by the Philippine Senate.

“About 50% of the US war fleet is in the Asian region (it is projected to rise to 60% by 2020) and the anti-war movement here sees Australia as the major military partner of US imperialism in the region,” Reihana Mohideen from the Partido Lakas ng Masa (Party of the Labouring Masses – PLM) told Green Left Weekly after the protests.

” We know they have participated with intelligence personnel in on-the-ground operations against Moro liberation movement. We have had reports, recently, of drone attacks very similar to those being carrioed out by the US in Pakistan. This is a stepping up of covert and overt military intervention in the Philippines.

“Another aspect is the question of who has legal jurisdiction over these ‘visiting’ military forces. And it has been found that the Philippines has no juridiction.

“There was a case of the rape of a young woman by a US soldier a few years ago where the US asserted its legal jurisdiction over the offender.

“In the light of this experience we now have a similar agreement that has been signed with the Australian government. It is only now that this agreement has come before the Senate that the movement has been made aware of its existence.”

Australia, added Mohideen, is the “number one military ally of US imperialism in the region” which had its own direct interests such as mining.

“Australian mining companies are ravaging Indigenous communities in Mindanao and in central Philippines. This is a real concern.

“The Senate is now deliberating the ratification bill. It has been delayed because six Senators oppose it. If eight Senators oppose it this will block the bill when it is reconsidered in July. So we are calling for urgent solidarity from the movement in Australia in our struggle to block this military agreement which is going to be detrimental to the people of the Philippines.” 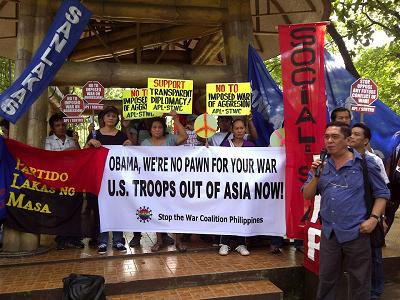 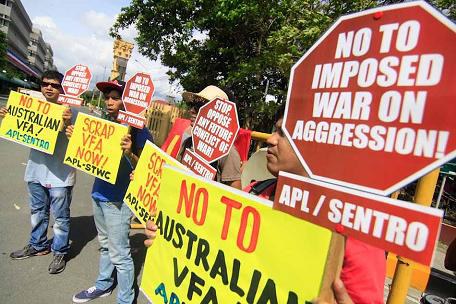 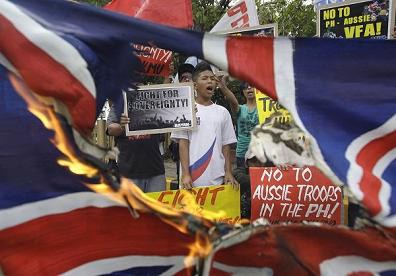 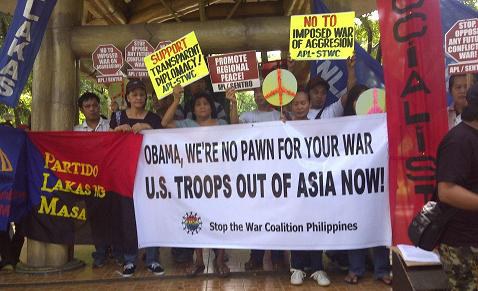 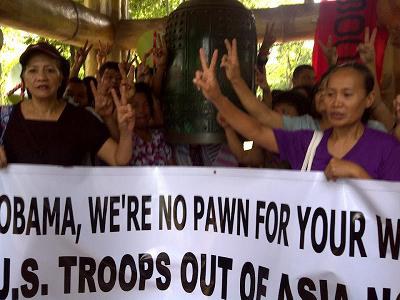 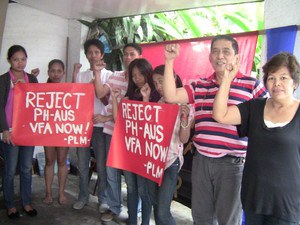