Gerry Georgatos
"For most of these women, the notion of human rights is unheard of. They have lived all their lives believing that they have no rights at all."

The Queensland Liberal-National government has withdrawn $120,000 annual funding from Sisters Inside, a long-time organisation that has provided counselling services for imprisoned women and for those recently released.

Debbie Kilroy is the founder and head of Sisters Inside and is distraught that funding has been withdrawn, leaving women in prison vulnerable and "without the type of support that gives them real hope."

Ms Kilroy has appealed to the Queensland government that they reconsider the cut to funding, and recently after news media highlighted the plight of Sisters Inside, the government said that Sisters Inside could reapply. "Well, of course we will, if there is any hope we have to take it, for the sake of those inside, they need us," said Ms Kilroy.

"It was a real shock to us when last week the government told us that funding would be cut." The government said the funding was cut as part the state budget cuts.

The Brisbane-based organisation Sisters Inside has operated counselling and support services for female inmates in southeast Queensland for the past two decades and eighteen months ago launched an outreach program in Townsville Women's Correctional Centre with a grant from the previous Labor government.

Ms Kilroy said that for the past 18 months, counsellors and social workers have flown to Townsville each fortnight to spend several days helping more than 188 women inmates.

"Without any discussion the government told us last week the rug will be pulled out from underneath us," she said.

"They kept saying, 'that there is no money'."

Queensland communities minister Tracy Davis said the commitment made by the former Labor Government was a one off grant for 12 months.

“The Newman Government absolutely believes in supporting frontline services. This funding was just paying for airfares and hotels costs for staff to travel between Brisbane and Townsville and it begs the question couldn't this money be better spent on a front line worker who is actually based in Townsville delivering services," said Mrs Davis.

Ms Kilroy appealed to Mrs Davis for mediation and that the counsellors from Sisters Inside are imperative to the increasing problems in Townsville. "We asked for other funding options. They gave us none," she said.

"We are quite overwhelmed and grief stricken because what are these women in Townsville to do. These are the most disadvantaged, marginalised women - predominantly Aboriginal women - are now without their lifeline."

"Those women have been wiped off the face of the earth."

Sisters Inside have launched an online petition pleading to the Queensland government to reinstate the funding, and in days alone it has generated several thousand signatures.

"The funding we receive for Townsville, in the scheme of things, is a meagre amount however what we do for the women prisoners goes a very long way for them," said Ms Kilroy.

"More than 80% of the women inmates are of Aboriginal heritage and the majority cannot read or write."

"It makes no sense to us that the funding was cut as this year alone we have helped 188 women inside, 61% of them Indigenous" said Ms Kilroy.

"In Townsville alone we offer services to more than 40 women every fortnight," Ms Kilroy said. "These are predominantly Indigenous women. As most people are aware, Indigenous women are over-represented... and these women have experienced high levels of violence perpetrated against them, as well as isolation."

"Imprisoned women are among the most vulnerable women in our society and often have been the victims of domestic violence and various abuses. They need help to break the cycle, but that life-changing help is about to be taken away," she said.

"We work with the women to heal abuse and to stop their lives spiraling out of control. It is a pattern of abuse that has led many women into the prison system."

Ms Kilroy knows what it is like to finish up in prison and she knows first-hand how hard it is to break the cycle. She had been inside at Brisbane's Boggo prison however she dug deep and broke the destructive cycle. She felt first-hand the discrimination of being inside, and as a young woman saw the perpetuation of disadvantage and poverty. She went on to complete studies in social work and then in law so she could set up Sisters Inside.

Ms Kilroy is a recipient of an OAM, and in 2003 was the recipient of the National Human Rights Medal and at the time said, "For most of these women, the notion of human rights is unheard of. They have lived all their lives believing that they have no rights at all."

Sisters Inside helps many women prisoners recover from years of sexual and physical abuse. "Sisters Inside gives these women the tools they need to turn their lives around, to start afresh with the support they need," said Ms Kilroy.

Ms Kilroy said that if someone were to visit the Women's Correctional Centre in Townsville they would find that 80% are Aboriginal, most can't read and write, at least 85% have endured sexual abuse, 98% experienced physical violence as an adult, 39% have attempted suicide and thereabouts 80% are addicted to drugs.

Human Rights Alliance Indigenous spokesperson Natalie Flower said, "This is the type of cost cutting that doesn't save any money. Lives are broken, inter-generational trauma keeps up the vicious cycle catching more people into its web, and the taxpayer is burdened with more prisons, more strain on the health systems, and in the family courts, and Aboriginal communities are impacted further such as are those in northern Queensland and right now particularly in and around Townsville."

"What was Campbell Newman's rationale in arguing savings from this? It's not just withdrawing funding from Sisters Inside but effectively smashing the program. Don't Aboriginal women matter? Don't people in general deserve a second chance? If this is what the LNP will be about in Queensland well then it's bleak times ahead," said Ms Flower.

"Without the work of the Debbie Kilroys, of Sisters Inside we then set up women prisoners for failure, to return to these dungeons."

Novelist Fyodor Dostoyevsky once said that the degree of civilisation in a society can be judged by entering its prisons.

If you want to add your name to the petition then go to www.communityrun.org/petitions/save-sisters-inside

http://www.brisbanetimes.com.au/queensland/sisters-inside-fear-being-on-...
Brisbane-based organisation Sisters Inside has operated counselling and support services for female inmates in southeast Queensland for the past two decades

http://www.couriermail.com.au/news/queensland/newman-government-axes-fun...
THE Queensland Government has axed funding for a service offering support to some of the state's most disadvantaged women

http://blogs.abc.net.au/queensland/2012/05/sisters-inside-loses-vital-fu...
Radio interview with Debbie on ABC Brisbane 612 - Sisters Inside has just lost critical funding from the State Government, which will force it to axe its outreach service at the Townsville Correctional Centre

http://aap.newscentre.com.au/cpsucsa/120427/library/department_of_correc...
Townsville Correctional Complex acting general manager Sally Gray said the prison needed the services Sisters Inside and other non-government organisations provided. ``Regardless of the work we do with offenders, what's critical is establishing those links so that when they get out of custody, they've got that ongoing support,'' she said 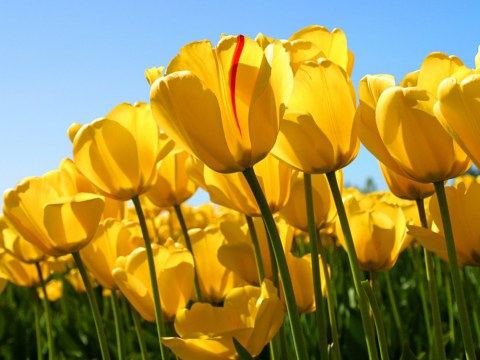 Great job Gerry! Thanks so much for writing this. People are talking about Qld's new govt as a flashback to the bad old days of Joh in so many ways:
harassing indigenous people and activists,taking money away from social justice, getting rid of the dept of environment and natural resources to streamline developments.... the list just gets worse for the people every day, but certainly great news for the elite who own corporations and mining companies.

What a bloody disgrace by the new Queensland government!

What a bloody disgrace by the new Queensland government!