No to US and Chinese expansionism

We therefore call on President Benigno Simeon Aquino III to stop any “talks of cooperation” with the US government that will inevitably lead to a disadvantaged position for the country. Although we support his steadfast support for Philippine sovereignty in the face of continued Chinese military incursions in the West Philippine Sea, we believe that enforcing our sovereignty does not mean our country must willingly bow down to the interest of another superpower.

We must remember that the conflict in the West Philippine Sea began with the intimidation of smaller claimant countries by the Chinese government. We believe that the entry of American military forces in the country will only complicate and prolong the conflict, not to mention that it will only overshadow our country’s claim and weaken our position vis-à-vis that of other claimant countries, and unnecessarily transform the matter into a US-Chinese issue. The Spratlys conflict is a Southeast Asian regional issue that must be resolved within the parameters agreed by all Association of Southeast Asian Nations (ASEAN) members together with other claimant countries.

We would also like to remind President Aquino that our country fought hard to expel US military bases in the country, which many deemed as one of the most graphic representations of foreign abuse and domination in the country. We do not want a return of those bases or any form of US military presence, whether permanent or transitory, on Philippine soil disguised under the pretense of bilateral cooperation and mutual aid. While we believe in country-to-country cooperation, such cooperation or relationship must be based on mutual respect and recognition of respective countries’ sovereignty.

We remind the Chinese government of its commitment to resolve the West Philippine Sea issue via diplomatic and peaceful means. As the biggest claimant to the territory and as a superpower in the region, it has the responsibility to demilitarize the area and pave the way for civilized and diplomatic talks to prosper. Therefore, China must faithfully abide by the agreed principles of the 2002 Declaration of Conduct of Parties in the South China Sea and the United Nations Convention on the Law of the Sea (UNCLOS).

Akbayan Party will continue to campaign for a peaceful and diplomatic resolution to the conflict in the West Philippine Sea without sacrificing Philippine interests and sovereignty. 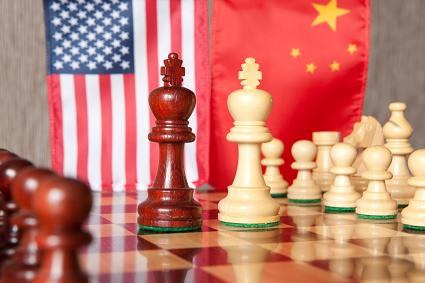 Re: No to US and Chinese expansionism