The Morning Star flew in front of the Indonesian Consulate in Melbourne this morning as members of the West Papua community and supporters gathered to demand the release of political prisoners and an end to torture and repression.

The particular focus of the action was the case of Filep Karma - see this Amnesty USA video on YouTube http://www.youtube.com/watch?v=Gp6uiIr-efg - sentenced in May 2005 to 15 years imprisonment for treason.

There was no sign of life at the Consulate beyond the presence of two uniformed police officers and a representative of the AFP, but there was plenty of life outside. The West Papuans as always took to expressing their feelings in song, and passing traffic responded to the signs with much loud honking - Queens Road is a major thoroughfare and there were a lot of trucks going past.

There is to be a West Papua film night next Friday at 7.30pm(April 15) at Kindness House, 288 Brunswick Street, Fitzroy - see notice on Indymedia Calendar http://indymedia.org.au/west-papua-film-night 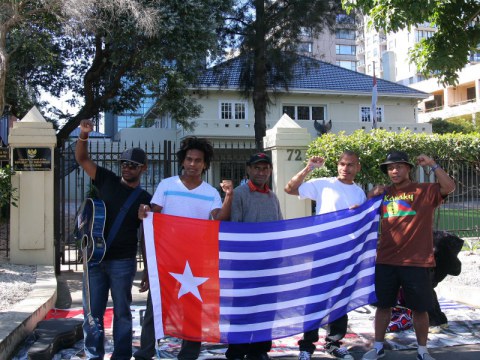 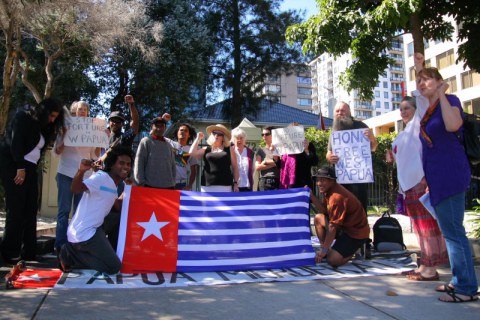