Retired Brisbane Supreme Court Judge Geoff Davies QC is correct; (Courier Mail September 1, 2006) government stacking the courts with political favourites is the main evil in the administration of justice in Australia. But I disagree with his proposal to create a seven-man panel including the Queensland Law Society, church leaders and newspaper editors to oversee the appointment of judges.

The Queensland Law Society has always disappointed the public in any complaints against the legal fraternity. The QLS club for lawyers’ bias does not favour the public interest. Similarly the church should be seen as separate from the state and should not be involved, and the uncompetitive nature of our media organisations militates against newspaper editors looking after the public interest.

Queenslanders need a say other than the three-yearly endorsement of the ballot box. The electorate should be trusted to make judicial appointments.

Few people enjoy lifetime job guarantees, why should judges? Let the public elect them for one year at a time and create a review panel to investigate complaints against the legal fraternity from whence they are drawn and against the judiciary.

A watchdog for every house http://www.theaustralian.com.au/national-affairs/state-politics/a-watchd...

“Given the general state of things across the country in this day and age, it seems to me that most states need some sort of independent whistleblower, particularly where governments have held office for more than a few years..." Sir Max Bingham, LLB (Hons), QC a former Tasmanian Attorney General

"I would argue very strongly for the need for an ethics commission at the federal level. Australia has a very poor record of upholding ethical standards in public life - whether in government or in parliament more broadly”... Professor Malpas, of the Australian Research Council, professorial fellow at the University of Tasmania and distinguished visiting professor at La Trobe University

Australia Day advertisement an insult to our intelligence http://www.mathaba.net/news/?x=554768 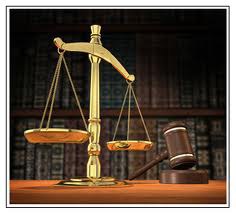