Ark Tribe back in court

Ark Tribe the South Australian Construction worker's trial started again today (July 20th) and was greeted once again with rallies around the country in solidarity. Ark is being tried for refusing to appear before the draconian ABCC introduced by Howard and kept by Rudd/Gillard. Ark was called before the ABCC for "illegally" entering a site to resolve an OHS dispute. The trial is expected to last for three days and the CFMEU has promised a campaign of industrial action in the spirit of the General Strike that greeted the jailing of Clary O'Shea in 1969.

Listen to thewire story July 20 produced by community radio. "If found guilty he will be the first person imprisoned under the Howard Government’s Industrial Relations laws. Featured in story: Andrew Ferguson – State Secretary of the Construction, Forestry, Mining and Energy Union and George Williams – Professor of Law at University of New South Wales." - Listen to MP3 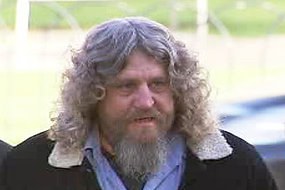 Day two ended on Wednesday with no outcome or decision reached on the matter. Ark Tribe's defence lawyers tested whether the ABCC inspectors had the authority to investigate and use coercive powers.

The trial, now into its third day continues with witness evidence likely to be concluded Thursday. The Magistrate will then receive written submissions and a date will be set for final submissions.

Ark's lawyers argued on Wednesday that the persons who conducted the investigation lacked the proper authority therefore he should not be convicted.

During the first day at Adelaide’s Magistrates court, Ark’s lawyers were on the front foot as they argued the case brought against him was unlawful and illegal.

It was also revealed during the course of proceedings, that Australian Building and Construction Commission (ABCC) inspector Seamus Flynn admitted he had no evidence that Ark Tribe even attended the union meeting in question. Yet the ABCC’s coercive powers were used anyway.

Michael Abbott, QC, for Ark, said “the law required investigators to believe, on reasonable grounds a unionist could assist a hearing before requiring them to attend.”

The key witness’s testimony was frequently interrupted as Federal prosecutors objected to questions asked by Ark’s lawyer. He had to leave the court several times as counsel argued points of law.

No letter, no text, no visit

Ark Tribe's lawyer has suggested to the court that the ABCC has acted beyond it's powers. As a result the defense has called into question much of the evidence put forward by prosecutors.

For more than two years, Mr Tribe and his family have struggled under the threat of imprisonment for doing nothing more than speaking up on a safety issue.

In extraordinary evidence this week the community learnt a great deal about the way the ABCC does business.

The construction industry Star Chamber is supposed to exhaust all other channels before it uses its big guns (the controversial section 52 orders which compel workers to attend a secret interrogation).

But under cross-examination, ABCC Inspector Seamus Flynn admitted that not much had been attempted before the Commission resorted to its extreme coercive powers.

All Mr Flynn did before he fired the cannon was to make two quick telephone calls to CFMEU member, Ark Tribe.

No letter, no text, no visit - straight to the compulsory secret interrogation.

A pattern is emerging of an organisation that may not have operated within its powers and functions under its own legislation.

The Commission does not seem to have paid proper attention to making sure it acted even in accordance with the very limited safeguards placed on its unprecedented powers.

The trial will now move to written submissions.

A further hearing will now take place on 13 September.

Mr Tribe and his family will continue their uneasy wait for justice.
Construction workers, unions and the community will wait with them. And they will keep up the fight. More info