Protests in Melbourne and Sydney against Israel and the Gaza blockade

Further protests in Australian cities at Israel's continuing violent blockade of Gaza. As the MV Rachel Corrie was being intercepted by Israeli commandos for running the Israeli blockade of Gaza, thousand of people were gathering in Sydney and Melbourne to protest Israel's Monday attack on the flotilla of 6 ships carrying humanitarian aid to Gaza that resulted in the death of 9 innocent volunteers.

In Melbourne the crowd gathered outside the State Library in raincoats and umbrellas to escape the passing rain showers.

A spokeperson for the Turkish community in Australia launched the speeches condemning Israel:

"It is amazing that the once persecuted have become the persecutors. The persecutors of those who guarded them, and sheltered them for hundreds of years."

"I must point out that the problem does not lie with the wider Israeli or Jewish community. We know that there are so many of you Israelis out there who have commonsense and condemn these acts as much as we do. We commend you. The problem here is with your administration which has been engaged in a systematic and murderous campaign against the Palestinians and anybody who has offered to help them."

"It is with the administration who gave the orders for the Israeli commandos to attack a defenceless flotilla which was carrying aid to so many people who need it."

"We fully support a United Nations led multi-lateral investigation of the attack on the flotilla and subsequent murder of nine innocent people."

"All those involved who have played a part in this decision to attack the flotilla, all those in the chain of command, must be brought to justice."

Other speakers included Colleen Hartland, Victorian Greens MLC and Kevin Bracken President of the Victorian Trades Hall Council and State Secretary of the Maritime Union of Australia, and members of the muslim community.

Kevin Bracken told the crowd "The Collective punishment being put on the people of Gaza is so reminiscent of what we heard the Nazis were doing in the Second World War. On behalf of the Victorian Trade Union Movement we stand with you in solidarity, for justice for the Palestinians, and to brake the blockade on Gaza."

After speeches the crowd marched down Swanston Street and up Bourke street to outside Victorian Parliament House where further speeches from representatives of Australia Asia Worker Links and FAMSY were made.

After the end of the protest, as if on queue, the showers morphed into persistent rain as people went home.

In Sydney a crowd gathered at the Sydney Town Hall and during the protest burnt an Israeli flag. Both the Sydney and Melbourne protests acknowledged those killed with a minute of silence.

Off the coast of Gaza, Israeli Defence Force commandos boarded the MV Rachel Corrie carrying humanitarian aid to Gaza. The crew and passengers did not offer any resistance according to Israeli Prime Minister Benjamin Netanyahu. The ship is now being taken to the Israeli port of Ashdod. 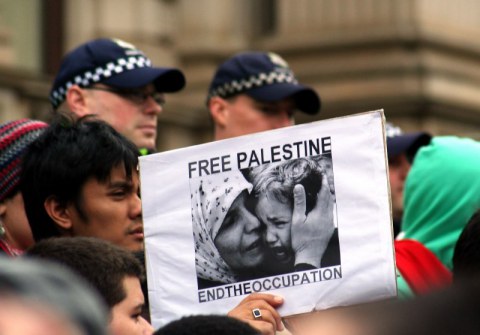 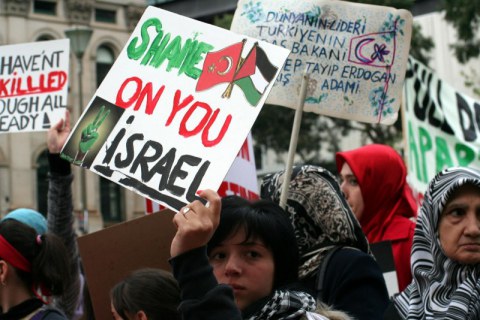 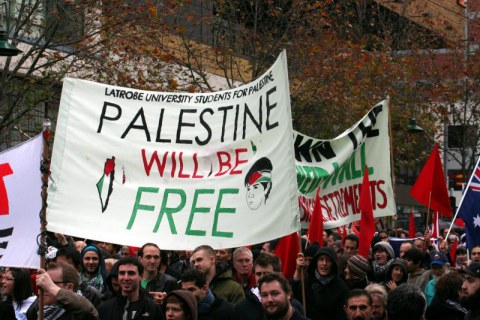 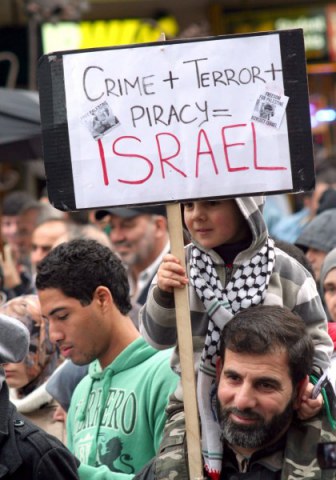 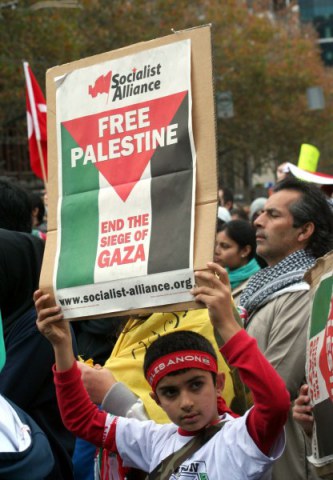 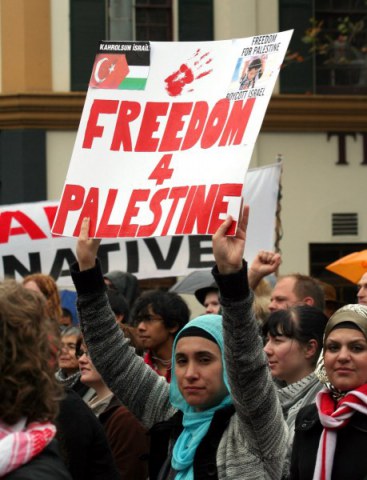 More photos from the rally

More photos from the rally and march on http://melbourneprotests.wordpress.com/2010/06/06/more-protests-at-israe...
-p

Why has Australia chosen Israel's side?

Part of my speech can be heard

It's like Israel wants the world to hate them

how many international laws are we ( USA, Australia etc ) breaking by supporting the criminally nuclear armed rouge state of israel?

enough is enough, its like israel wants the world to hate them.

They have done a good job we do hate them

they have done a good job we do hate them