Calling all rebels - another hunger strike in Ireland

Today, a selfless, dedicated and uncompromising Irish Republican political prisoner, Liam Hannaway, lies unbowed in a cold and unforgiving British gaol cell, as he enters his 35th day on Hunger Strike whilst being incarcerated at Her Majesty Queen Elizabeth II of the United Kingdom of Great Britain and Northern Ireland’s pleasure at Maghaberry Gaol, located in occupied Irish territory that is known as the State of Northern Ireland. During the recent history of Ireland’s quest for ‘Unity’, this ultimate act of Irish Republican defiance against Britain’s colonial Prison regime in the North has already been presided over by this current British monarch and by a Conservative government in Westminster! – The 1981 Hunger Strike- Lest We Forget!

"Under certain circumstances, fasting is the one weapon God has given us for use in times of utter helplessness.” ~Mahatma Gandhi~

The burning question is that if both fore-mentioned parties’ are going to permit this tragic chapter of ‘The Troubles’ to repeat itself? As Liam Hannaway enters Day 35 of Hunger Strike, with his health deteriorating rapidly, the selective myopia being adopted by local/national/international media outlets re-enforces the British public’s blinkered perception of the North’s 'Struggle’. By preventing the dissemination of information on Liam Hannaway’s plight behind Maghaberry’s walls, it is hoped that this selfless patriotic act,

“the rarest form of moral courage and physical self control”,will be portrayed as a mere vain and futile cult-like attempt at attention in the event of Liam Hannaway’s death!! Yet again, the British establishment seems quite willing to twiddle their thumbs in the corridors of Whitehall wilfully adopting the attitude of ‘Let Them Rot’!
Ireland’s Historical Affiliation with The Hunger Striker

The significance of the Hunger Strike is deeply embedded into Ireland’s history and mythology, and for Irish Republican’s especially, this religio-political martyrdom has an iconic connection with THEIR pantheon of fallen comrades. The use of Hunger strike (The Troscad) dates back to pre-Christian Ireland when there was a strong tradition of oral laws, Brehon Laws (Laws of the Fénechus). In ancient Ireland, self-help was the only method at people’s disposal to enforce a claim or right a wrong within the context of these laws. The hunger striker gave notice of their intent and, according to the law tract Di Chetharslicht Athgabhála, if the person who is being fasted against does not come to arbitration, and actually allows the protester to die, then the moral judgement went against them and they endured shame and contempt until they made recompense to the family of the dead person. If they failed to make such amends, they were not only damned by society but damned in the next world. They were held within Irish society to be without honour and without morality.

In the 20th Century, the Hunger striking phenomenon as a form of Irish Republican political protest has been unparalleled in its ability to capture attention and catalyse social reaction. As regards, the Hunger Strike phenomenon being deployed by Irish Republicans in the 20th century. The first recorded Hunger Strike in 20th Century Irish Republicanism is the case is that of the bold James Connolly in 1913. In 1920 the Lord Mayor of Cork, Terence MacSwiney, died after 74 days on hunger strike, which focused the eyes of the world attention on the Irish Struggle, and generated massive support for Irish Republicanism. In October 1923, 8,000 men went on Hunger Strike in protest at the 1921 Anglo-Irish Treaty and resulted in the deaths of two men before it was brought to a cessation.

However, the 1981 Hunger Strike in the Maze Prison, demonstrated how successful a tool this powerful individual statement against injustice potentially can be in creating awareness and mobilize the public support. . The living testament to the full utilisation and strategic management of the public sentiment in the aftermath of the sacrifices of these 10 Brave Irish Martyrs can be found in the corridors of power at Stormont!

Between 1917 and 1981 a total of 22 Irish men have died on Hunger-Strike in this phase of the Struggle for Irish Unity! The Roll of Honour of these icons of Irish Republicanism is as follows:

The ‘Let Them Rot’ Approach Will Not Wash!

Readers, as these immortal words resonate in your head, BE under no illusion that their meaning and poignancy have NOT been diluted by the sands of time!

LINK TO THE REBEL'S YELL ! 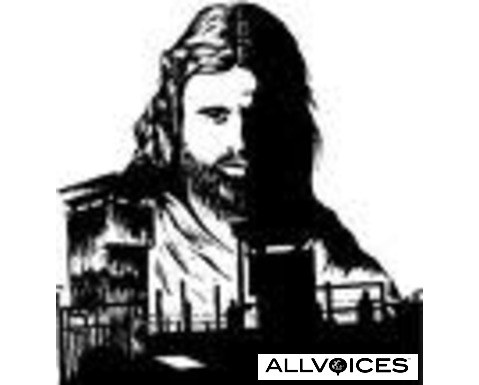