Melbourne's Tamil community and supporters joined others around Australia and the world in a day of action on 18 January to highlight the plight of 254 Tamil asylum seekers who have now spent 100 days on a boat in Merak, Indonesia, following the Australian Prime Minister's request to the Indonesian President to have the vessel intercepted in Indonesian waters to prevent it from reaching Australia. Speakers including Greens senator Sarah Hanson-Young and Pamela Curr of the Asylum Seeker Resource Centre, condemned this inhumanity, and organisers, with help from activists in Indonesia, were able broadcast a direct link to the spokesperson of the refugees, "Alex". Other speakers were Kanchana Senthura of the Australian Tamil Congress (http://www.australiantamilcongress.com/en/) and Setyo Budi of the Indonesia Solidarity Forum, as well as Nicole from the Refugee Action Collective, which organised the event.

Weather conditions were bad, with strong winds and heavy rain towards the end, resulting in rather poor quality sound in the audio files posted here. A video of extracts from the speeches will be posted shortly.[19 Jan - video now available on EngageMedia: http://www.engagemedia.org/Members/pc/videos/rac-tamil-18jan10.mp4/view]

The following background material was provided by the Tamil network:

Background Information about the boat:
The boat left Malaysia on 1 October 2009 carrying 254 Tamil asylum seekers fleeing the persecution in Sri Lanka. Some have been in Malaysia, Thailand and other countries for some time, whilst others had arrived only a few days before the voyage. As the boat had engine problems, it was at sea for some days before sailing towards Australia. The Australian Prime Minister personally made a phone call to the Indonesian President to intercept the vessel within Indonesian waters. Indonesia has not signed the UN Convention in relation to the status of refugees and therefore does not provide refuge to asylum seekers but holds them in detention pending a resettlement country accepting them.
New Zealand and Australia are signatories to the UN Refugee Convention and therefore, they are obligated to take in refugees seeking Asylum

1.0 Sujendran's voluntary return and forced imprisonment
Gunasekaram Sujendran (aged 25) voluntarily got off the boat and returned back to Sri Lanka after hearing of his mother’s sickness. Upon his return to be at his mother’s beside, he was arrested at Colombo airport and not been heard from until 7 December when his family members were permitted to visit him. Sujenran has not been charged but has been told that he will be kept in jail for three months.

2.0 Preventable death of Mr George Jacob Samuel Christin
On 23 December 2009, Mr George Jacob Samuel Christin (aged 29) died due to lack of medical attention. On 22 December, Jacob started to vomit blood and food however how denied medical attention by the International Organisation for Migration. Through the night, Jacob kept vomiting but was still denied medical attention. As Jacob started to lose his eye sight, an ambulance was called by naval personnel, which arrived 4 hours later. After medical checks Jacob was discharged from the hospital with medication as IOM was unwilling to pay his medical expenses to remain in hospital.

At 6pm on 23 December, Jacob started to vomit blood and unidentified body parts. With his loss of sight reoccurring and temperature fluctuating, IOM still refused to admit Jacob to the hospital which resulted in Jacob entering an epileptic seizure and dying.

The Asylum Seekers wished that a priest would be allowed on the boat to perform rituals for the deceased, however he was denied access. He was also denied access on Christmas.

4.0 Asylum Seekers held in detention
Twelve asylum seekers who left the boat have been held in a 15 metre square cell for 24 hours daily. Seven of them have been held for over two months in the cell without UNHCR access. These Asylum Seekers were left the boat because they were promised that UNHCR access and that they would be held in a hostel. They get only two meals per day and fruit only once a week.

Along with human rights abuses, the asylum seekers are faced poor conditions on the boat:

§ No education or social activity available to the children;

§ Only one toilet is available for 250 asylum seekers;

§ Water supply is limited and further results in poor sanitation;

§ is not provided so unless private arrangements are made by donors, electricity on the boat from its generators cuts out and water pumps for showers and taps can’t operate and the recharging of mobile phones for medical emergencies is prevented.

§ The boat has no anchor and only 18 adult life jackets. During a prior storm, its mooring was torn, resulting in danger of the boat drifting off to sea;

§ Tarpaulins covering the boat are torn, resulting in no protection from the rain; and

§ Family and friends are not permitted visits.

§ medical attention is delayed. Medical services have been restricted to reduce cost.

§ No Access to humanitarian and welfare NGOs, UNHCR or independent monitors and media.

Current Situation:
Indonesian Officials have announced that they will force the Tamil asylum-seekers into immigration detention by the end of next week, at gunpoint if necessary. 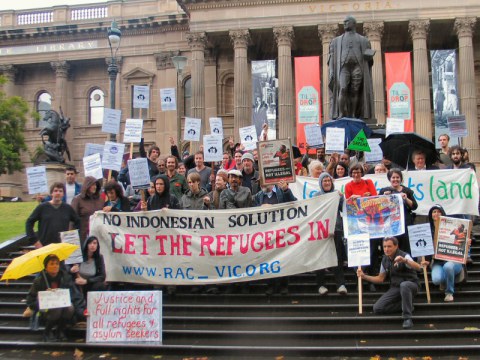 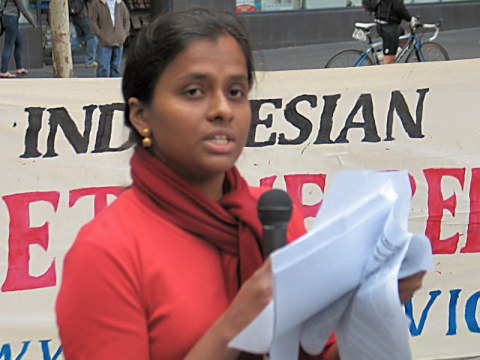 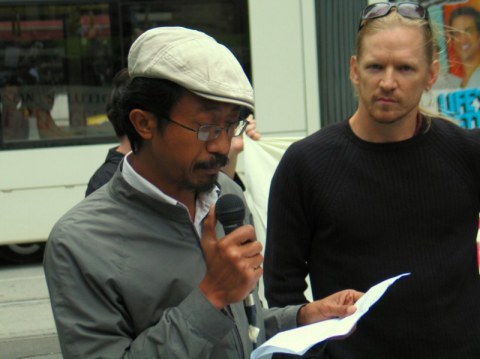 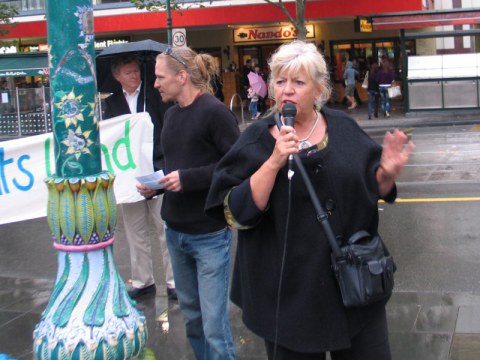