2009 set to become the fifth hottest year on record, in the hottest decade

2009 is likely to be the fifth warmest year on record according to the World Meteorological Organisation, with the current decade being the warmest on record, eclipsing the 1990s, which in turn was warmer than the 1980s.

Above normal temperatures were recorded for most regions with North America experiencing conditions colder than normal in some regions. Global warming is producing more weather extremes, at greater frequency and intensity.

With the hacking of emails from the University of East Anglia there have been calls by climate deniers and some commentators like George Monbiot for scientific data to be made more public. In response, the UK Met Office has released station temperature records for over 1,500 of the stations that make up the global land surface temperature record. More data will be made available in the future and placed in the public domain for scrutiny.

The Temperature is Rising

The year was the third warmest in China since 1951 and for some regions 2009 was the warmest year. A heatwave in July broke some local temperature records.

In Europe spring was very warm with temperatures 5 degrees above average during April in central Europe breaking several records. The European summer was also warmer than the long-term average. Spain recorded the third-warmest summer, and Italy suffered a strong heatwave in July with temperatures soaring over 40°C, and reaching 45°C at some locations. The July heatwave also affected the United Kingdom, France, Belgium , Germany, and Scandanavian countries setting new maximum records.

The year was marked by climate extremes with devastating floods, severe droughts, snowstorms, heatwaves and cold waves, recorded around the world.

Canada and Alaska experienced a hot July with Vancouver and Victoria setting new temperature records and Alaska recording the second warmest July on record. However, October proved to be the third-coolest October on record for the United States.

In the Southern Hemisphere autumn proved to be exceedingly warm across Argentina, Uruguay, Paraguay and southern Brazil with several temperature records broken.

Australia had its third-warmest year on record, with three major heatwaves: the first in January/February which resulted in catastrophic bush fires which killed 173 people in Victoria, the second in August affecting sub-tropical Australia, and the third in November braking several temperature records and causing catastrophic bush fire alert to be declared for several regions.

Is it getting hot enough for you yet?

China is in its worst drought in 50 years. One the weakest monsoon seasons for India caused severe drought in many districts. Severe drought continues in East Africa decimating crop harvests and livestock, leading to food shortages. Exceptional drought was also recorded during October in Mexico, the US Southwest, and Argentina.

The Murray Darling Basin, Australia's food bowl, is in its 9th year of drought. The South west corner of Western Australia and South eastern Australia continues to receive below average rainfall.

The WMO has also warned that the frequency and severity of droughts are likely to increase. The Australian Bureau of Meteorology has noted that: "The combination of record heat and widespread drought during the past five to ten years over large parts of southern and eastern Australia is without historical precedent and is, at least partly, a result of climate change."

While the Copenhagen COP15 talks are underway, meteorologists, climatologists and other researchers are meeting at the University of Nebraska from 8 to 11 December 2009 at the 'Inter-Regional Workshop on Indices and Early Warning Systems for Drought'.

"There is a critical need to establish best practices for drought early warning systems throughout the world. This requires that we develop a better understanding of the tools and data sources that are important components of these systems. Drought is a serious problem in virtually all countries. Projected changes in climate for many regions suggest that droughts are likely to become more frequent, of longer duration, and more severe. Our ability to lessen or mitigate the impacts associated with drought is contingent on putting in place comprehensive early warning systems.", said Dr Don Wilhite, Director and Professor, School of Natural Resources of the University of Nebraska, at the opening of the workshop.

Intense storms affected Spain and France in January; severe damage by a winter storm in western Europe resulting in serious disruptions to air and rail traffic across the region. Thunderstorms and extreme rainfall events across Europe and Turkey, culminating in a record rainfall in 24 hours for Great Britain in November resulting in flooding and damage to bridges.

In South America heavy rainfall occurred in Colombia at the start of the year, producing landslides and widespread floods. Later, North-east Brazil experienced heavy rainfall and flooding, and in Winter the worst snowstorm for 15 years hit the southern part of Argentina. Intense rainfall breaking monthly precipitation records and flooding ocurred in north-eastern Argentina, southern Brazil and Uruguay in November.

A record number of tornadoes were witnessed in Ontario, Canada, and Canadian avalanches were almost double the yearly average for the past decade. The United States experienced its wettest October in 115 years, with record flooding during March in the northern plains region.

Torrential rain and flooding ocurred in Western Africa, Zambia and Namibia. Burkina Faso experienced 263 mm of rain recorded in less than 12 hours, breaking a record set 90 years ago. Flooding affected over 100,000 people in West Africa and a further 1 million people in southern Africa.

While extreme heatwave and bushfires hit south eastern Australia in February, at the same time large parts of Queensland and coastal New South Wales were subject to torrential rain and flooding. In September and October eastern Australia was affected by dust storms carrying dust from central Australia, reducing visibility.

The Arctic experienced its third lowest sea ice extent over the Northern summer, with only 2007 and 2008 being lower.

More importantly, sea ice thickness is also in rapid decline, with much of the purported multi-year ice as detected by microwaves from satellite proven by new research to be 'rotten' ice unexpectedly thin that electromagnetically fools the satellite measurement instruments. The Research was conducted by Dr David Barber, a professor of Environment and Geography and Canada Research Chair in Arctic System Science from the University of Manitoba.

"Our results are consistent with ice age estimates that show the amount of multiyear sea ice in the northern hemisphere was the lowest on record in 2009 suggesting that multiyear sea ice continues to diminish rapidly in the Canada Basin even though 2009 aerial extent increased over that of 2007 and 2009," Dr David Barber concludes in his paper which has been accepted for publication in Geophysical Research Letters.

This latest research was conducted In September 2009 by Barber and others in the southern Beaufort Sea aboard the research vessel (NGCC) Amundsen. Much of the ice encountered, sometimes 6-8 metres thick, was so heavily decayed the Amundsen easily broke through the floes. For much of the journey the ship sailed at close to its open water cruising speed of about 25km/h.

"This has significant implications for assessment of the speed of global climate change impacts in the Arctic and for increased shipping and industrial development in the Arctic," said Barber. 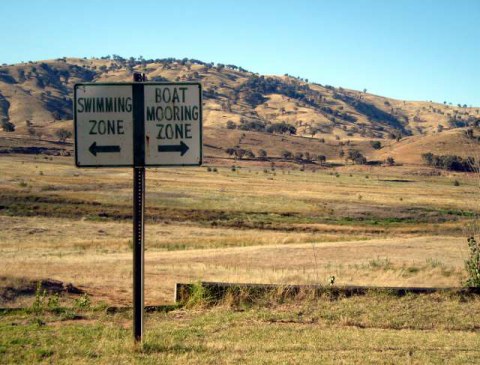