Attendance at the rally was small, which was a pity not only because for once the weather was perfect but also because the speakers were exceptional: MC was Jacob Grech (http://www.ozpeace.net/)
introducing Felicity Hill of WILPF (Women's International League for Peace and Freedom - http://www.wilpf.org.au/), Dave Sweeney (Australian Conservation Foundation - http://www.acfonline.org.au/default.asp), and visiting US scientist Steven Starr (http://www.nucleardarkness.org/ - see also Physicians for Social Responsibility - http://www.psr.org/) who described the catastrophic global climatic implications of a nuclear war, even on a relatively "small" scale as for example between India and Pakistan. Japanese for Peace were represented at the rally and also organised the concert which followed - http://www.jfp.org.au/index_eng.html.

After the speeches there was a short march, down to the Bourke Street Mall, where a large red cross was placed across the tram tracks to mark a symbolic target, and there was a silence to remember the victims.

Last Thursday, the 6th of August, there was a candlelight vigil on the steps of St Paul's Cathedral to mark the actual anniversary of the dropping of the first atomic bomb. Peter Garrett, Federal Environment Minister, recently announced a new uranium mine in South Australia to be operated by Heathgate Resources, a subsidiary of General Atomics, a major US arms company ...
And throughout the rally the logo of the world's biggest mining company, BHP, loomed in the sky in the background.

Some photos from the rally and march, pretty much self-explanatory: 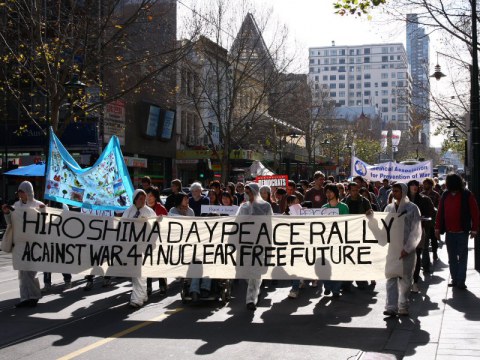 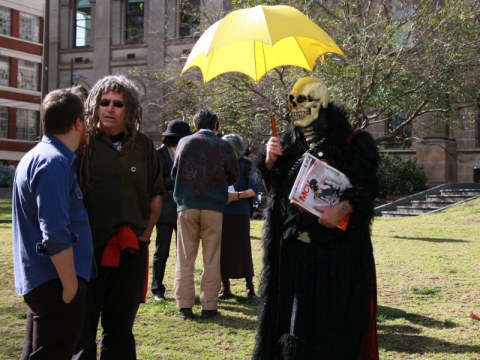 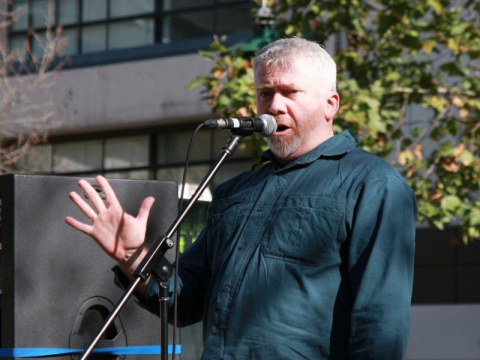 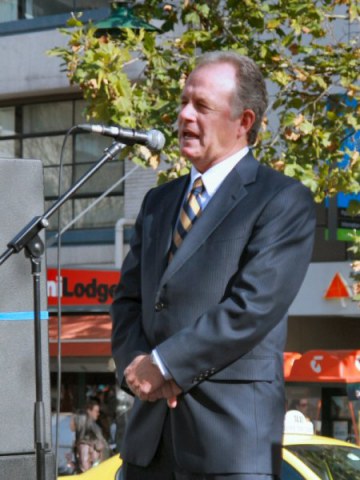 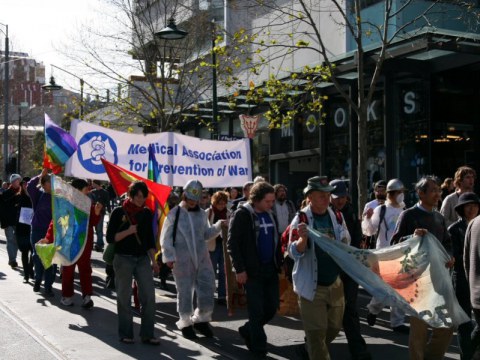 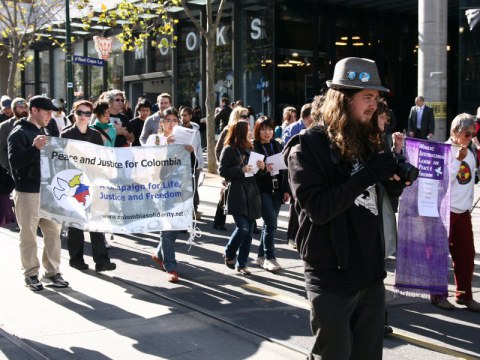 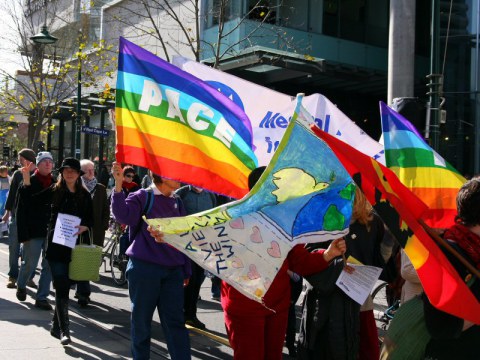 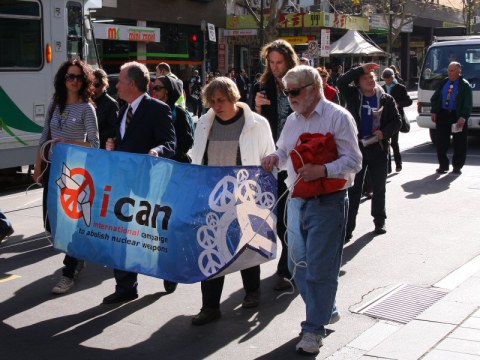 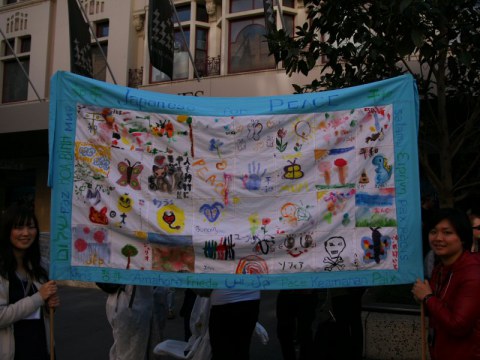 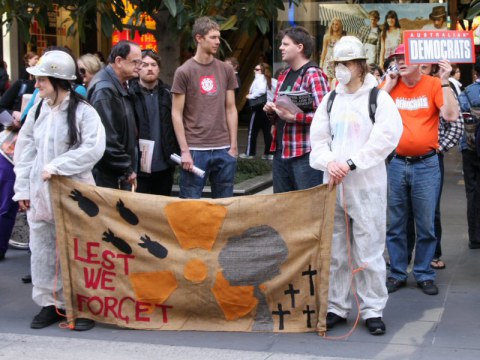 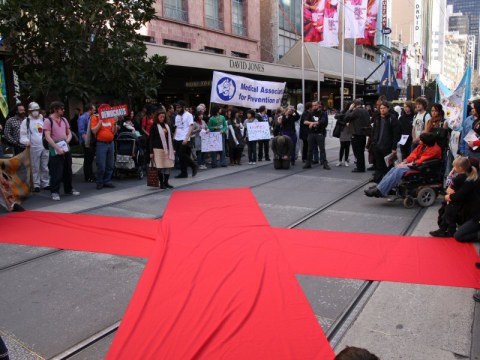