The eastern states such as Victoria, New South Wales & Queensland are riddled with roads. It seems everybody wants to own a vehicle but how are we suppose to power these vehicles, through war it seems, but war is futile, obviously more fossil fuel oil pools need to be discovered, coal may need to be converted into oil. Their is gas like coal seam gas & natural gas but little has been done in regards to producing vehicles to run on gas. A reasonable amount of vehicles have been distributed to run on diesel & this tells us that this is because of international biofuel or biodiesel outlines. The proposal of growing biofuel crops such as oil palms in south asia, papua new guinea & northern australia & other places around the world was first put on the table in the 1930's by english & australian botanists. In the 1970's algae was found to be the the most efficient biofuel.

Alot of work has to be done before Biofuels will replace fossil fuels, Australia actually lags behind many other countries around the world in the field of biofuel cultivation. Reason being its going to take alot of work by alot of people to establish biofuel production.

Possibly they could but this would involve investing in renewables like Geothermal, Hydroelectricity, Solar energy, Tidal power, Wave power & Wind power. Alot of machinery would have to be made to be electric instead of running on fuel. Possibly vehicles will run on roads that have a rail at the same level as the road, note the vehicle does not have to make contact with the rail for a tesla coil can transmit electricity without wires, this would do away with cumbersome batteries & a overhead electric grid.

[4] Electric propulsion ! Well we are getting their slowly. 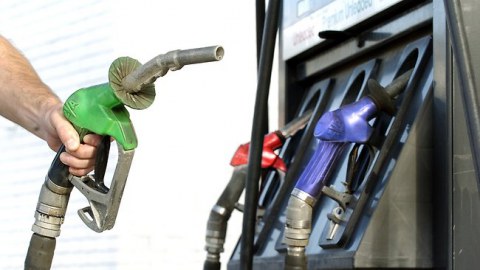 Bring back my donkey

Their may be more oil pools yet to be discovered

Has the world misused fossil fuels

Australian engineering a lost cause

Theirs a variety of transport options

Its possible their may be a future with [6], [7] & [8] but their days could be numbered unless we invest in biofuels or Conversion of ocean, atmosphere, coal & other rock into fuel

Its cheaper to extract oil, gas & coal out of the ground

Its cheaper to extract oil, gas & coal out of the ground, but we should remember that these fossil fuels should be used to construct renewable energy infrastructure. The logistics involved in transporting fossil fuels from the oceans is very expensive as is the importation of fossil fuels into the country.

The Global economy is a failure

Shouldn't we be exporting electricty to Asia

Wouldn't the better option be to export electricity to Asia via cable, Japan would be a good starting point.

The high australian dollar causes alot enviromental damage, for the logistics involved in transporting goods into & out of australia via overseas burns alot of energy resources.
People have no idea how much enerhy resources are wasted by importing & exporting goods overseas.
Its about time machinery was manufactured in Australia & the only way for this to happen is when Australia has a low dollar value.

Australia needs marshall law to implement all of the above in this article called Australia is doomed, otherwise we may as well go back to the horse & cart.

Why global trade is not working

I wish people would stop touting biofuels. Land clearance for fuel plants kills and impoverishes people in Asia, South America and Africa. The land used to grow biofuels for Europe alone could instead be used to feed 127 million people - more than five and a half times the population of Australia. There is a plethora of evidence on how destructive biofuels are. Click here.

I want to puke every time I see the Shell ad on TV saying they’re working with their Brazilian partners to produce clean, alternative fuel.

That fuel is ethanol, produced from sugar cane and exported largely to Europe and the US.

Through its partners in that country, Shell is implicated in massive violations of national and international human rights provisions.

For years, the indigenous community of the Kaiowá-Guaraní Indians in Mato Grosso do Sul has suffered from consequences of the expansion of sugar cane fields. They have been displaced; community members were maltreated and killed. For this reason, the Guaraní are suffering from severe malnutrition and the highest suicide rate in Latin America.

The Shell/Cosan Group owns substantial shares of regional sugar factories and is a major purchaser of sugar cane that is being cultivated at the expense of the local population.

Displacing the indigenous people from their own, legally recognised, land is a crime under Article 231 of the Brazilian Constitution. Shell’s subsidiaries and business partners in Brazil also violate Article 10 of the UN General Declaration on the Rights of Indigenous Peoples.

As an internationally operating large corporation, Royal Dutch Shell is morally and legally responsible for safeguarding binding social and environmental standards at all production levels. Shell is obliged to demand such standards from their partners as well and to ensure their implementation. In failing to do so, Shell not only goes against its own corporate policies but will remain complicit in the breach of national and international laws.

Scientists of renowned research institutes have demonstrated in a study that further expansion of sugar cane plantations will contribute to the destruction of the Amazon rainforest in Brazil. Scientific evidence shows that ethanol production in Brazil does not comply with Shell’s environmental and sustainability policies.

Electric propulsion is 20 times more efficient than fuel or gas

We have approx 200 years to realise a 80% to 100% renewables target, depends what happens in the following decades.

We should be hoping to have reached a 80% renewable energy target by at least 100 years from now.

World's uranium supplies to run out In 250 years

If we can not meet this renewable energy target, then we may as well all become indigenous again & work with permaculture & utilise the horse & cart, in other words bye bye industrial revolution & hello to rural serfdom.

Alot more needs to be done to establish renewable energy infrastructure . . . Will require conscription or marshall law for decades. . .

Eventually Australia will have a homegrown diversified continental based robotics industry but in the mean time we may have to export electricity to Asia via cable, this is a far more efficient option than transporting fossil fuels to our northern neighbours.

Re: Australia Is doomed