On Wednesday 16th September over 20 Alice Springs residents said “don’t come back!” to Cameco, by offering to help them move out. With uranium exploration having finished at the Angela Pamela site last week the community decided was time for Cameco to pack up and leave town for good.

Dressed in rad suits and carrying packing boxes, they arrived at the company's Alice Springs office. Stephan Stander, Cameco's "Angela" Project Manager, met them at the door and rejected their offer to clean up the toxic propaganda that has been oozing out of Cameco’s office since they moved into Alice Springs last year.

In contrast with previous faux-naive reassurances that "we're just looking around," Stephan Stander yesterday admitted the obvious: Cameco intends to mine uranium at the site.

Residents reiterated their offer to help move the company out of town at the earliest possible opportunity. Stander said an application to mine would not be prepared for another year. Any uranium mining application would be heavily opposed by the community.

A mine at Angela Pamela, located just 23 km south of Alice Springs and within the towns water catchment area, would risk groundwater contamination and consume a huge volume of water. Paladin and Cameco, join partners in the project, are companies with dubious histories.

A misjudgment at Cigar Lake in 2006 saw Cameco sunk a fifth of the world's uranium resource where it remains inaccessible. In 2008 at Crow Butte mine Nebraska, geologists found that Cameco's reliance on outdated geological studies threatened radioactive contamination to groundwater resources. Chronic seepage from the company's Port Hope processing plant in 2007 threatened Canada's Lake Ontario with radioactive material.

As spokesperson for the action Kat Taylor said: “ASAP believes Cameco has a track record of groundwater contamination. This is not the sort of risk we want to take here".

Given its record on water contamination Alice Springs residents say, “Its time to go, Cameco”. 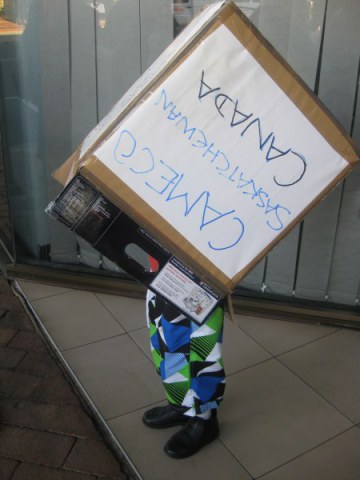 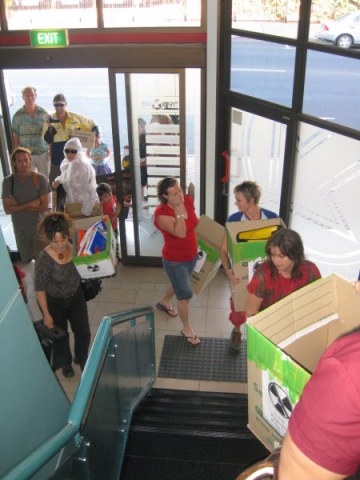 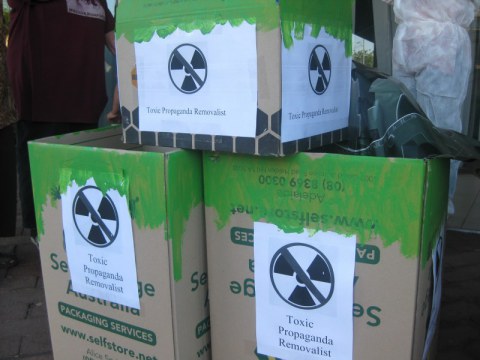 Great Action Alice Springs. Tell the Cameco where to go. There are lots of supporters out here. Your town, your water, your people are too precious to risk. Wish I could move them out us all.