When will they implement the CNS? Western Australia’s deplorable pace of change is glacial

By Gerry Georgatos - courtesy of The Stringer - http://thestringer.com.au/ - Last year I founded a campaign to urge of the implementation of the Custody Notification Service (CNS) across the nation but without delay in Western Australia and the Northern Territory. In meeting Federal Ministers and State Governments I implored the wisdom of this move – in reference to the saving of lives. In NSW, the CNS has led to zero lives lost of Aboriginal and/or Torres Strait Islanders detained in police watch houses – since 1998. What more need be written or said?

The cost of the CNS on an annual basis is a little more than a half million Australian dollars – equivalent to a coronial inquiry or two! So why then the excruciating slow journey to its implementation in Western Australia and the Northern Territory and right throughout the nation?

Federal Labor Senator Sue Lines recently tabled a motion acknowledging the success of the New South Wales CNS and that the Government should ensure long-term funding to the CNS. It is unfathomable to prosper any logic as to why this has not occurred. It is deplorable that the NSW/ACT Aboriginal Legal Services (ALS) have to knock themselves out every so often in fighting to renew funding for this vital service. The CNS ensures immediate contact between trained CNS lawyers from the ALS and the detainees to ensure their immediate and longer term legal, health and welfare rights. The CNS lawyers are trained in identifying suicidal ideation, in dealing with anxieties, de-escalating difficult situations. Psychosocially and psychologically the detainee knows they are not alone, that someone is there for them. This serves the interests not only of the detainee but also of the police who should not be burdened by various judgments especially around health and welfare where they may lack substantive expertise. If there had been a stout CNS advocate for Ms Dhu, well she may well be here with us today instead of the deplorable and tragic death she suffered at Western Australia’s South Hedland Police Station – August 4, 2015. Federal Minister for Indigenous Affairs Senator Nigel Scullion believes strongly in the CNS and personally lobbied the Attorney-General, George Brandis to renew its funding. Questions need to be asked of the Attorney-General. Without the long-term funding of the CNS in NSW, Minister Brandis is playing with people’s lives.

In Western Australia, the State Labor Party at its recent State Conference committed to funding and implementing a CNS once they are in Government. In the meantime the Western Australian Government has undertaken a Justice Working Party commitment to establish a long overdue CNS, among other promises, but the process is dragging on – why? Good on Labor for committing to the CNS but they must urge the State Government to implement the CNS immediately.

The CNS was a recommendation of the Royal Commission into Aboriginal Deaths in Custody – Final Report 1992.

To find out more about the CNS click here – http://www.alsnswact.org.au/pages/custody-notification-service

Originally this article was published on The Stringer and can be found here - http://thestringer.com.au/when-will-they-implement-the-cns-western-austr... 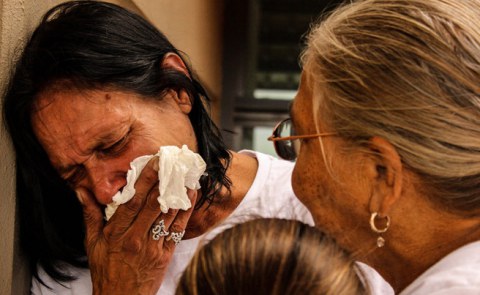