In the years leading up to Federation, and in the years after, this country was regarded as a place for the 'white race'. The push for the six colonies to form the 'Commonwealth of Australia' didn't come from a burning passion to be free from Britain. The founders of the Australian nation merely disagreed with the cosmopolitan nature of the British Empire and decided to make a partial break from Britain to ensure that Australia remained 'racially pure'.

The Bulletin, a magazine with the masthead slogan 'Australia for the White Man', made clear their hatred of the British Empire's coloured subjects who would, “destroy the decency and livelihood of the working man by opening the country to 'leprous Mongols' and every unwashed tribe of the British dominions” (23rd April 1887). The ideas were widespread across the political spectrum.

Trade unions marched under the banner “For a White Australia”. One of the main platforms of the newly formed Australian Labour Party in 1905 was “the cultivation of an Australian sentiment based on the maintenance of racial purity”. Soon after Australia became a federation it passed the Immigration Restriction Act of 1901. This formed the basis of the White Australia policy which sought to exclude all non-Europeans from Australia. James McGowen, the first Labor Premier of NSW (1910 to 1913), told parliament, “While Britain is behind us, and while her naval power is supreme, Australia will be what Australians want it – white pure and industrially good.”

During the Second World War, Prime Minister John Curtin reinforced the policy, "This country shall remain forever the home of the descendants of those people who came here in peace in order to establish in the South Seas an outpost of the British race."

Due to the economic needs of business for population increases, the White Australia policy was progressively dismantled between 1949 and 1973, but by then the policy was already a resounding success. Most North-Western Europeans (especially those from countries in the British Isles – England, Scotland, Wales, Ireland, Cornwall and Mann) living in 'Australia' see themselves as the people of this country.

They are the Australians of Australia who allow foreigners to join them as long as they are willing to assimilate and recognise North-Western Europeans as the people of the land.

Chinese people whose family have lived on this continent for 5 or more generations are still seen as 'foreign' and described as 'Chinese Australians' while English people who came to this continent as children are simply called Australian.

By identifying as Australian you are buying into the project for the South Seas outpost of the British race, and at the same time claiming Aboriginal land. To this day, the Australian identity claims this continent as the land base of a White nation – a nation only for Whites and those willing to act White. The term 'Australia' is a direct contradiction and denial of the hundreds of tribal countries that exist on this continent whose sovereignty over that land has never been ceded. It is hypocritical to chant, “Always was, always will be Aboriginal land!” while at the same time claiming to be Australian; the very notion of Australia claims Aboriginal land for itself. Brutal and broken form inception, Australianess cannot be reformed.

When Aboriginal people meet someone for the first time they often ask, “Where are you from?” They are not asking you “Where do you live?” or “Where were you born?” They are asking who your people are, what your heritage is. When someone replies 'Australia' they're effectively saying “I am lost, I have no culture, I have no land and I'm claiming yours.” But it doesn't have to be this way. Everyone is from somewhere, every culture has its own unique perspective and contribution to the world. Instead of claiming Australian, a pseudo culture and identity which denies the existence of Aboriginal sovereignty, investigate, accept and be proud of your immigrant heritage and culture, and walk this Aboriginal land with respect.

As well as respecting the people of this land, you are helping to weaken the White Australian gang which dominates this continent. North-Western Europeans living on this continent come from a variety of cultures. The description of groups of people as Black or White only came about in the early North American slave trade. Initially all the slaves were Irish, Scots and English criminals and rebels sentenced to transportation and slavery for a limited number of years. When kidnapped Africans started to arrive as slaves they started organising with Irish, Scots and English slaves and ex-slaves to fight the slavery system. To derail this unity, British colonial authorities created laws that differentiated between Black and White slaves. White slaves had their sentences reduced and Black slaves were made slaves for life. By 1788 White superiority over Blacks was an entrenched idea used to justify the subjugation of the rest of the world by the European colonial powers.

How many allies of the Aboriginal struggle, born on this continent, actually know the name of the tribe whose county they were born on, or the country on which they live? Learn these things, and along with your new non-Australian cultural identity, you will gain a new perspective on the Aboriginal struggle for liberation. With this new perspective, we can actually start building a better society in partnership with the true peoples of this land, rather than trying to patch up or make nice the White supremacist occupation that is Australia. 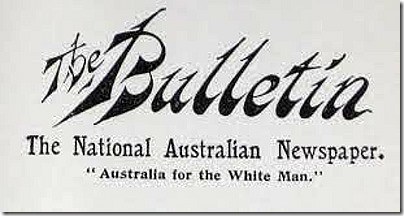