Indonesia - The time for being polite is over !

Amid corruption allegations and political posturing, Indonesia has executed eight people. Two Australians, Andrew Chan and Myuran Sukumaran, and six other foreigners were gunned down by an Indonesian firing squad in the early hours of Wednesday morning.

In our reaction, we do not need to hold back for fear of being seen as arrogant westerners.

Everyone was so polite to the Indonesians. Not because they are naturally well-mannered, but because of a pragmatic judgment that to be 'respectful' to Indonesia as a sovereign nation, respectful towards its judicial system, respectful to its political leaders, was the best way – the only way – to save two Australians from being taken out in the middle of the night and shot dead.

Now that has happened and we can stop being polite. During the 72-hour 'notice period' given to the condemned men, Peter Morrissey, one of the lawyers for Andrew Chan and Myuran Sukumaran, said;  "the whole approach has been to try to be polite, try to engage. If we try arm-twisting [the Indonesian government] we lose. Pressure will result in death."

The Australian government performed the same dance. Apart from a cringeworthy moment from Tony Abbott when he asked Indonesia to 'reciprocate' for Australia’s generosity after the 2004 tsunami by sparing the men, public pronouncements have been restrained. Not deferential, exactly, but careful to avoid criticism for fear it would be counterproductive.

There was never a guarantee that pleas for mercy would work, of course, and they didn’t. Just after midnight, Sukumaran, 34, and Chan, 31, were gunned down by firing squad on the prison island of Nusa Kambangan. Six other people were also shot in this 'batch', as it’s known, including five more foreign citizens.

There was the 50-year-old Nigerian man convicted of the possessing just 50g of heroin. And the 42-year-old Brazilian man diagnosed as suffering schizophrenia and bipolar disorder. These were couriers, not kingpins. Dirt-poor Filipina Mary Jane Fiesta Velosa, who has always insisted she was duped into carrying drugs, was spared at the last minute because the alleged recruiter gave herself up. If she hadn’t, an innocent woman might have been put to death.

The lives of Australians are no more worthy than others, but when it’s close to home you see the full horror of it. Watch the pro bono lawyers’ frenzied attempts to pursue every legal option. Imagine the terror of human beings told the exact time of their death and asked if they wish to stand or sit, be blindfolded or look their executioners in the eye. Witness families go through such agony you know you should look away.

How can anyone respond to all this? About 250,000 people signed a petition to president Joko Widodo asking him to spare Chan and Sukumaran’s lives. It wasn’t much, but it was something. There were some who insisted that the pair had got what they deserved, but thousands attended rallies in support of the men, just 21 and 24 when they helped organise an attempt to smuggle heroin from Bali to Australia in 2005. On Tuesday night, candlelight vigils were held across the country.

Some have lashed out, urging Australians to Boycott Bali to protest the killing. It might be an emotional response, even a bit naff given our reputation of yobbo behaviour in Bali. But it’s also a sign of impotence, of a sense that nothing could be done to stop the pointless death of two men who by every account – including that of the former head of the prison where they were held – were completely reformed.

Sukumaran furiously painted his haunting self-portraits until the last. Chan married his girlfriend the day before he died, and asked to attend church. In jail, he had studied theology and become a pastor. Sukumaran had almost finished a fine arts degree.

Now we can say what these deaths were – the torture and murder of human beings by a neighbouring state. We do not need to spare feelings for fear of being seen as arrogant westerners or hold back because Australia is so far from perfect – witness our treatment of asylum seekers, witness the outrage of phone tapping the former Indonesian president’s wife.

Nothing excuses what Indonesia has done. This was about domestic politics and president Widodo’s determination to be tough in the face of foreign pressure.

There was a moratorium on capital punishment in Indonesia for four years. In 2013 it was lifted because of a drugs emergency. Widodo announced late last year he would reject the clemency bids of all 64 drug dealers on death row before he had even seen them.

If we told the truth, we would say that Indonesian attorney general HM Prasetyo. has seemed to relish his role. It was repulsive for him to announce that the date of the execution would be put back so it wouldn’t clash with an Asian African conference because; "It doesn’t look good when we have guests to shoot the prisoners", as if would look just fine some other time.

Prasetyo scoffed at legal appeals and predicted they would fail before they were heard. He saw nothing morally questionable in his argument that even if Chan and Sukumaran won their constitutional court case challenging the president’s clemency deliberations – a case set down for May 12 – it wouldn’t have mattered because it wouldn’t be retrospective. "I hear they’re going to challenge to the constitutional court, go ahead!" he mocked. Several of those executed had legal appeals still under way, which Prasetyo dismissed as 'buying time'.

At the last minute, there were corruption allegations so serious that to execute someone without investigating them is a moral crime, if not a legal one. Indonesia is trying to clean up its judicial system, but corruption persists, and an attempted bribe in a death penalty case is not unthinkable.

In February, Muhammad Rifan, the former lawyer for Chan and Sukumaran, made a complaint to Indonesia’s judicial commission which oversees investigations into judicial corruption. He told Fairfax Media that nothing happened after his complaint – the commission had not even interviewed him.

This week, he revealed the details of his allegations. He said he had several meetings with the judges during the trial, and that they had asked for more than A$130,000 to bring down a sentence of less than 20 years. Such meetings are illegal but 'normal' in Indonesia, said Rifan.

He says the deal collapsed after the judges told him that senior legal and government members – the attorney general’s office and the supreme court – had ordered them to impose the death penalty. A lawyer for another condemned man, Nigerian Silvester Obiekwe Nwolise, has also claimed a judge offered a prison sentence rather than death if a bribe was paid.

There is no more serious allegation than this, yet Indonesia’s response was astonishingly complacent. Why has the investigation into these allegations been so slow? What happens if it is found that the claims are true and the men were already dead? It didn’t worry Prasetyo. "Why in the last seconds has this just been conveyed?" he asked.

So now, what do we do? There will be angry words and unspeakable grief. Yet something about the aftermath of death penalty cases is as predictable as their lead-up.

Foreign affairs minister Julie Bishop has said there would be 'consequences' for these deaths, and no one criticises her tireless attempts to save these men’s lives. Australia’s ambassador was recalled instantly on Wednesday morning, and there has been talk of cancelling meetings and postponing military cooperation. Brazil and the Netherlands also recalled their ambassadors after the first 'batch' of foreign drug offenders were executed in January, but they returned after a few weeks.

The government is dismayed that its respectful pleas for clemency, or at least that legal appeals be exhausted before the executions were carried out, were rebuffed with such contempt.

Indonesia may not have realised the executions would cause such international condemnation and scrutiny of their legal system. The mood in Australia is mostly horror and the government’s response is likely to be strong. It is too late for those killed, but perhaps this will be a turning point in Indonesia, too.

Philip Flood, former ambassador to Indonesia, said the suggestion that people boycotting Bali was; "a silly idea, all that will do is penalise those Australians looking forward to an attractive holiday in Bali." The truth is, he said; "we have very, very few options, other than, you know, the strongest possible protests".

Yet the only power ordinary people have is consumer power, their choice about where to spend their money. Yes, the United States, China, Iran, Iraq, Saudi Arabia and others have the death penalty too, despite no evidence that it deters crime. Yet this case, the details of it, the cruelty of it, has been crushing to watch.

Lex Lasry, a Victorian supreme court judge, represented Australian Van Tuong Nguyen before he was executed for drug trafficking in Singapore in 2005. He has campaigned against the death penalty since and visited Chan and Sukumaran in jail. Lasry tweeted last month; “I will never again go to Bali or anywhere in Indonesia. I am without adequate words for the hideous event that is about to occur."

For what it’s worth, as pointless as it may be, I won’t go back to Indonesia either until it abolishes the death penalty. Maybe it’s silly idea, and real politic will take over soon enough. But as Lasry says, this was "state-sanctioned murder".

For this, Indonesia and its leaders deserve no respect and there’s no polite way to say it. 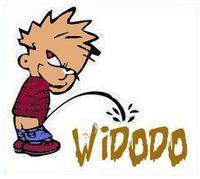