Anarchist actions in Sydney in solidarity to Greek hunger strikers

In the context of a call for a day of solidarity with the hunger strikers in Greece, some anarchists in Sydney made some small actions.

Various slogans were painted and posters in English and Greek were pasted throughout inner west suburbs were many Greek migrants reside.

Banners were also hung on highway bridges, and a banner was tied to the façade of the Greek consulate in Sydney CBD, where dozens of leaflets were also thrown.

ATM’s of the Delphi bank in Marrickville were also sealed with glue.

From Sydney to Greece, against prisons, against police.

Victory for the hunger strikers. 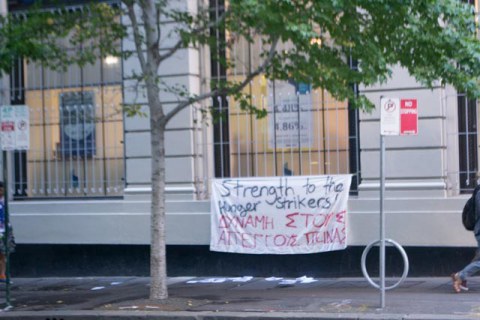 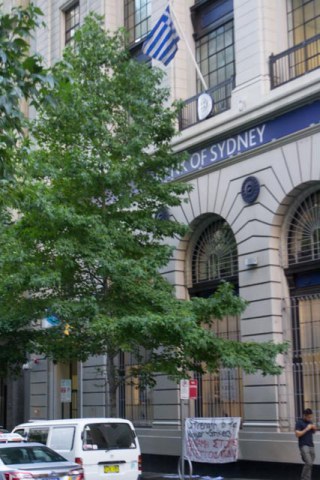 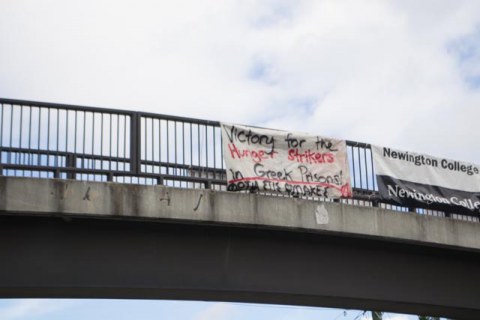 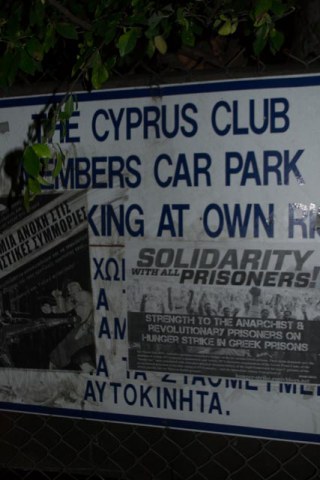 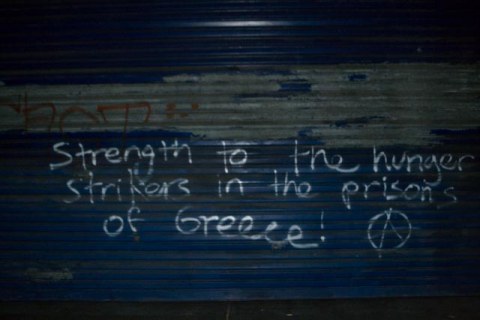