By Gerry Georgatos - February 20th, 2015 - Each day, a suicide is brought to my attention. I have written widely on the suicide crises. I have written about the disproportionate rate of death by suicide for the descendants of the First Peoples and for first and second generation Australians and for LGBQTI Australians. Recently I wrote about the tragic suicide of 18 year old Philinka Powdrill, who represents so many of the suicides that tear at families long after one is gone. In the last few days, I learned of three more young Aboriginal persons suiciding while in the prime of life – all of them women; one of a 26 year old woman last night at Baluyu community, 10kms from Fitzroy Crossings. Another of a 24 year old mother in Balga, Perth.

The only jurisdiction in Australia to record an increase in the rate of suicide between 2006 to 2010 compared to the previous five years, according to the Australian Bureau of Statistics (ABS) was Western Australia. But this outlier spike in suicides in Western Australia disguises the fact that little has improved. The State Government may argue that they have lowered suicide rates but this is against the outlier. When you remove the outlier, the otherwise long term high rates of suicides have not decreased.

During the five year horror stretch for Western Australia, a disproportionate number of the suicides occurred in the Kimberley – particularly in and around Fitzroy Crossings, Mowanjum and Balgo.

Suicide and severe self-harms are crises that need to be addressed. They will not be solved with piecemeal funding approaches for one-off workshops and ‘suicide prevention ambassadors’. The social health and well-being of communities, towns and city districts must be evaluated and redressed. Support services and empowerment programs must be assessed in terms of their capacity to engage with people and whether they are able to do so 24/7.

Suicide is the number one cause of death in Australia for males who are aged 14 to 50 years. More lives are lost to suicide nationally than are lost to any other tragedy including road fatalities.

Suicide is disproportionately higher among First Peoples but it is a problem for all Australians. However more needs to be done for First Peoples than for all other cultural groups though suicide is higher for many migrant groups as opposed to most of the rest of the population. Suicide rates are also very high among LGBQTI Australians. However First Peoples, other cultures and LGBQTI are not adequately represented across the board in discussions on mental health and suicide prevention. Their exclusion or their just being tagged on by research groups, think thanks and conference groups risks a one size fits all approach to policy making.

Suicide prevention must become one of the nation’s priority agendas. People need people and this is the fundamental underwriting of suicide prevention. Over the past five years, the average number of suicides each year have been close to 2,500. There are on average seven suicides per day. However, the Aboriginal and/or Torres Strait Islander population is only 2.5 per cent of the national population however one in every 24 deaths of an Aboriginal person is by suicide according to the Australian Bureau of Statistics. This is a horrific rate but according to my research, when we include estimated unreported and unclassified suicides I believe the rate is 1 in 12 of Aboriginal and/or Torres Strait Islander deaths by suicide.

The overall national suicide rate peaked at its highest in 1963, at 17.5 per 100,000 and many of the suicides of were within first waves of migrant groups. Loneliness, isolation, racism and racialisation were huge factors. Today we find the highest suicide rates among First Peoples and then among first and second generations of ‘migrants’. In 1997, the national suicide rate was 14.6 but has since fallen to generally less than 12 per 100,000 each year.

According to the World Health Organisation the highest national suicide rate is French Guyana at 44 per 100,000.

So, here is the grave disparity.

Why is this happening? Major contributors are disregarded by certain researchers, policy makers and Governments. These contributors and stressors, although not limited to, include cultural settings, a confrontation of cultural norms, racialisation, racism, the psychosocial identity and extreme poverty.

The highest suicide rates were in the Northern Territory where one third of its total population are First Peoples. Then followed by Tasmania and Western Australia but when the suicide rates are disaggregated to First Peoples alone, then it is a whole different story.

Here is where we must ask the big questions of race, racism, racialisation, marginalisation, extreme poverty and social health. There are no other explanations even if the nay say mob and the one size fits all reductionists argue otherwise.

Spatial mapping and disaggregating are imperative eye openers that have been long neglected. Over certain periods of time some regions have endured suicide rates of more than 100 and 200 per 100,000 population but even outside these outliers, the long term suicide trends, age-specific or overall, of First Peoples are worse not just more than the rest of the nation but also worse than most of the rest of world’s suicide rates.

Several years ago, a spate of suicides in a part of the Kimberley was touted 182 times the national suicide rate. But despite the normal retraction of this outlier, Governments should not insult researchers and their constituents by suggesting they have somehow brought down the suicide rate when they have not. They should not be making out they have responded to the long term suicide crisis because the outliers have flattened to out to what are still high suicide rates.

They should make their statements contextually against the long term trends and not against outliers.

Last year, the Western Australian Auditor-General, Colin Murphy criticised the inadequate suicide prevention strategies by the Government. Mr Murphy stated in a report tabled to Parliament that strategies and policies were inadequate. However, the State Government remains bent on a selling a message that it has responded.

Mr Murphy warned the Government to not delay in putting forward a substantial approach to suicide prevention.

“When we look at the implementation (of suicide prevention programs) there was certainly an opportunity to do much better, it didn’t go as well as it could have.”

“Changes were made in 2012 and 2013, increasing the number of community action plans, but other parts of the strategy were not completed.”

In 2012, there was an increase above the national average in suicides across the nation among First Peoples. It was worst in Western Australia. Western Australia's overall suicide crisis is demonstrated by the fact that in 2012, the State reported 366 suicides, up from the very high 194 of 2004. A disproportionate burden of these suicides was among the State's First Peoples who comprise less than 3 per cent of the State's population. The Kimberley, where half the population is of First Peoples was the worst affected region. For the first ten years of the new millennia there were 996 reported suicides of First Peoples, about 100 per year. But tragically this was paled in 2011 and 2012. It is all getting worse for First Peoples – arrest rates, jail rates, homeless rates, extensiveness of extreme poverty. The more west we travel across the continent, the worse it gets for First Peoples, worse in the northern South Australia, worse throughout the Northern Territory and worst of all, Western Australia.

The horror of all this is compounded by the estimate that for every suicide there are up to 40 attempted suicides, and each year there are tens of thousands of hospitalisations for self-harms.

Last year, Kija Elder and Kimberley parliamentarian Josie Farrer said to me, “There is not enough funding for our people in support and counselling services, for healing and for grief. They are left to themselves and to the community alone.”

“The communities need not only services but also economic and social development. They are impoverished and are not able to keep up with the cost of living let alone enjoy the aspirations most of the rest of the nation enjoys.”

“Can you imagine what it is like for a young father on Centrelink or on low income to have to meet rising costs to keep a roof over his young family and to have to afford nutritious food for the table but then to not be able to afford all this?”

“Healthy food is much more expensive in the remote and regions than it is in capital cities and in big towns. Price hiking doesn’t worry whether you are poor.”

It is a nightmare of neglect for all our children, for the whole nation, but of catastrophic proportions for First Peoples.

What needs to be done will only be achieved when the right people are in the right appointments to lead the way. This is my close up experience.

Declaration: Gerry Georgatos is a Community Consultant with the Aboriginal and Torres Strait Islander Suicide Prevention Evaluation Project (ATSISPEP). The views in this article are his own.

Lifeline’s 24-hour hotline, 13 11 14, provides counselling and advice to anyone in crisis.

This story was first published in The Stringer 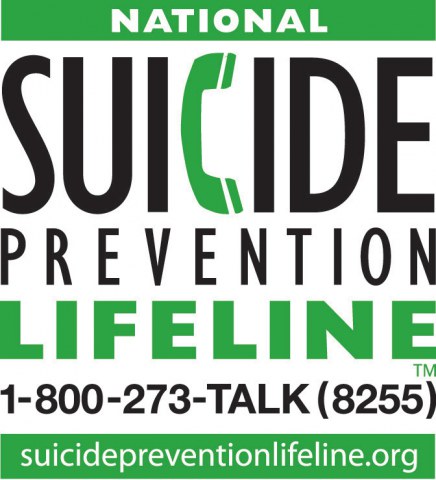