By Gerry Georgatos - February 22nd, 2015 - The Stringer is not just your average news site. Founded by Jennifer Kaeshagen, The Stringercoordinates advocacy in addition to its news reporting, features and opining.

Ms Kaeshagen late last year made a personal commitment to attempt to house over the course of 2015 one hundred First Nations people experiencing homelessness. Without delay she launched The First Nations Homelessness Project. On track to housing 100 people, seven weeks into this year she has found homes for 12 people.

A 52 year old gentleman was today found accommodation, becoming the 12th person housed this year by Ms Kaeshagen. Ms Kaeshagen whipped up a social media campaign, put the alert out through networks. A camper van was donated by kind souls. Next week the generous couple will assist in setting it up.

“My ideas for this project were developed throughout my involvement with the Swan Valley Nyungah Community campaign to reclaim their homes. When the WA State Government in response to this campaign bulldozed their homes (on March 18 last year) I stood and watched, helplessly, the heartbreak, the further devastation of the community, a great many of whom now homeless once lived there.

“Being witness to that terribly cruel, idiotic, and ultimately racist act by the Barnett Government truly radicalised me …. Let’s just say that I consider the entirely voluntary work I put into this project,  as in a sense – paying my rent … This is not my country. It’s theirs.”

“When researching and being witness to the ongoing racist, inhumane treatment of the Swan Valley Nyungah Community – their dispossession, I felt so powerless … maybe what I am doing now is also fighting back against this sense of powerlessness.”

The power of one often inspires others, maybe others will also do as Ms Kaeshagen does. With the reach of The Stringer, launched on this day two years ago, in conjunction with the power of social media, Ms Kaeshagen connects people with each other in the striving to house people experiencing homelessness, to assist them in claiming their natural right to shelter argued as endowed and inalienable in The Universal Declaration of Human Rights, 1948.

There are hundreds of thousands of homeless people in this nation – in the world’s 12th largest economy, 2nd wealthiest nation per capita, and with the world’s highest median wage. This nation’s homelessness and affordable housing crises are getting worse. Many migrants finish up homeless, the number of overseas born Australians who are homeless is on the rise. The disproportionately high numbers of First Peoples homeless has gone beyond the cruel to just evil; it is now racialised – racist.

To support or be supported by The First Nations Homelessness Project, email contact@thestringer.com.au or phone/text 0449 655 282. 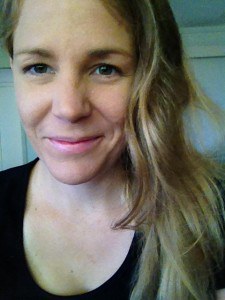 Thanks for sharing such nice

Thanks for sharing such nice tutorial with us. Please keep on posting so that we can keep our self updated. belated birthday wishes

Nice Stuff shared by your blog