Australia; locking up its First People for 200 years

Per capita more money is spent on law and order budgets, on correctional facilities than on improving the social conditions in far too many regional and homeland communities. A couple of years ago, Western Australia’s 14th jail was opened – in Derby – exclusively for First Peoples! The State Government spent more than $150 million on the jail. That is the best Western Australia can do. Last year, the Northern Territory, which competes to its west with its neighbour for the title of ‘mother of all jailers’, opened up what it touted as a ‘super jail’. The Northern Territory Government spent over a billion dollars on this jail. In both cases this sort of expenditure is never meted out to overcoming the extreme disadvantage imposed by the apartheid practices of the past.

The Northern Territory’s super jail has been built for 1,100 prisoners, of whom 90 per cent will be Black. But this billion dollar spend would have achieved much more in terms of the social good if it could have been meted to the Territory’s 80,000 Black population. But alas.

The Territory has one of the world’s highest jailing rates – 1 in every 120 of its citizens are in prison. Nearly 90 per cent of its total prison population is comprised of the descendants of its First Peoples. But jailing First Peoples has been the way from the beginning of the colonial invader. Any resistance where it was not met with death was met with jail – in effect political resistance was met with internment. Western Australia’s Rottnest Island (Wadjemup) jail was built by the early colonialists and hence where they interned thousands of resistance fighters. Hundreds would die in the island jail. Jailing was the solution – an out of sight out of mind default position because systematic slaughter was no longer tolerable. Posses and lynching and massacres were replaced with jailing. And for a long while it also took other paths. One form of incarceration after another was tested – missions, reserves, the Stolen Generations, State-sanctioned indenture, exploitation, the lot. Today, we just build jails. It is a lock up ‘em mentality.

What hope do the Aboriginal Legal Services in both these jurisdictions have in their noble striving to assist every one of their people when arrest rates are through the roof? No hope.

So while Governments refuse to spend on overcoming disadvantage then there is only one solution – more police, more law and order and hence more jails. By as early as 2025 the Australian prison population will comprise one in every two inmates of a First Nations person. This is where it is heading. Nationally, one in 55 of First Peoples are in jail today, with more than 1 in 20 having been before the criminal justice system. This is the world’s worst such racial narrative.

Calendar reports that only depict worsening trends and the calendar speeches and media bytes that wrap up these reports will never change anything. These reports are a dime a dozen, having descended to a sick joke. The shift will come when media and politicians sustain the coverage and discuss the issues. Recently, I was surprised when speaking with the leading lights of political parties about the crisis. They do not have a clue. Do not be fooled by their speeches. They are written for them – and filled with near useless memes.

First published in The Stringer - http://thestringer.com.au/australia-locking-up-its-first-people-for-200-... 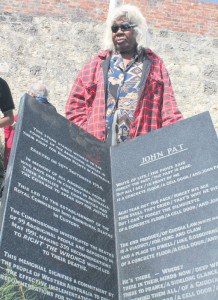