On Saturday January 24, while hundreds of people were protesting the Newman state government in the streets of Brisbane, the Liberal National Party of Queensland were engineering a bikie-related scandal using stolen video.  The LNP mud-slinging attempt purports to expose criminal motorcycle gangs as supporters of the Electrical Trades Union, and that the ETU are giving the proceeds of crime to the Queensland Labor Party.  This desperate and cynical attempt to distract from the state and federal Liberal National governments' performance is likely to alienate further an already disgruntled electorate just six days away from the election.

At 1:37 on Sunday January 25th the Courier Mail, outspoken boosters of the LNP government published an article with You Tube video using the same stolen video.

The LNP You Tube video is now the subject of a take-down order by the original videomaker, Nathan Laurent, as the content was stolen without his knowledge or permission.

Laurent, an academic and independent journalist, said: "I would never give my permission to the LNP to use my content for their purposes. In fact, I wouldn't let Campbell Newman or the Courier Mail use it for love or money." 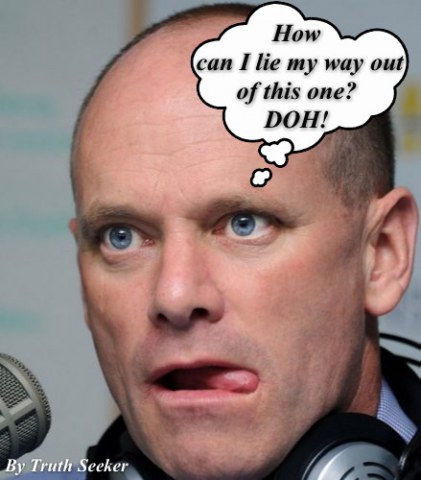 Update: Courier mail has removed video linked to their article

After being issued with a copyright infingement notice, the CM had taken the offending video down as of 7pm, Sunday 25th Jan, 2015.