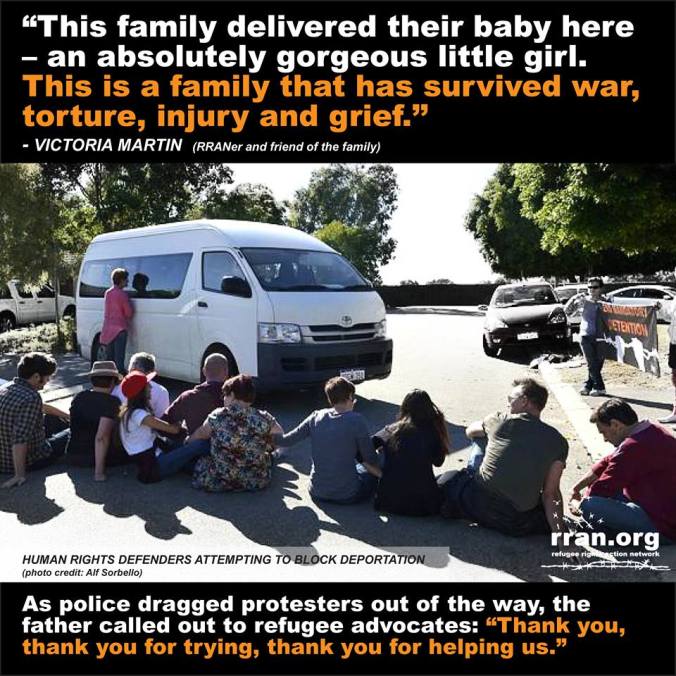 From a RRAN press release...

"The six-month old baby girl is one of 25 babies, born to asylum seeker mothers in Australia, now at risk of removal to Nauru following the Asylum Caseload Legacy Bill becoming law.

The move to uproot the family from Perth, where the parents have immediate family members reveals the complete cynicism behind the government bill.

Scott Morrison sold this bill on the basis that children and their families would be released from Christmas Island; but before the ink on the bill is dry, other babies are being set up for removal to the
hell-hole of detention on Nauru.

The children on Christmas Island were just bait for Morrison’s political trap. Now the bill’s through, families and children are, once again, fair game.

This family is already riven by grief over the death of another child last year and need to be in Perth near Mum's family. They were still in recovery and so loving with the new bub...a little joy. We stayed all night and blocked the van as best we could but got dragged away by the boys in blue.

No mercy in Morrison's Australia.

We will continue to resist."

We speak with Victoria about the blockade and get her response on the refugee bill recently passed through the senate.