After gaining pre approval from the EPA uranium Company Toro Energy is gearing ahead to establish the first uranium mines in Western Australia at Wiluna and for the second year in a row Elder Glen Cooke and Kylie Fitzwater were given the opportunity, by the Conservation Council of WA, to enter the annual shareholders meeting by proxy to express the strong opposition to the project.

The meeting was held at the Chevron building in Perth City with a staunch protest group and police presence. "We managed to gain footage of the meeting at question time to get their reaction for the record"

Uranium is uneconomic, unnecessary and unwanted the time has come for Australia to focus on a Renewable energy future. With a pro nuclear government the fight has proven to be challenging but the fight will continue. 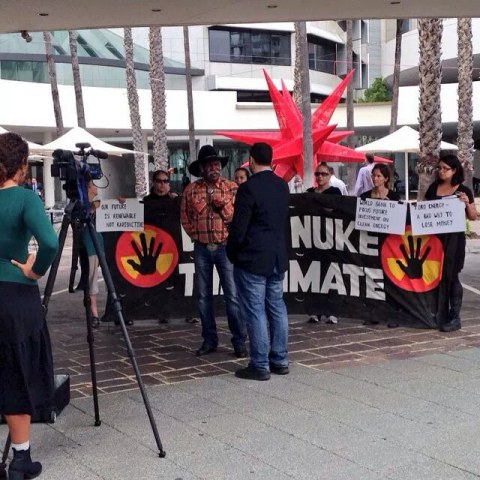 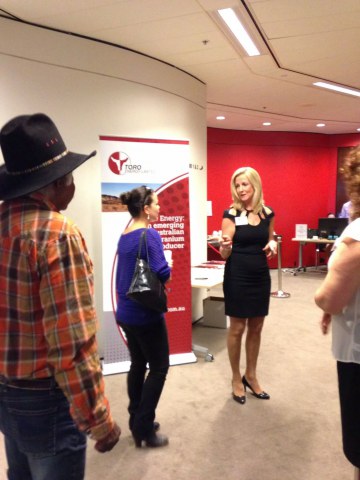 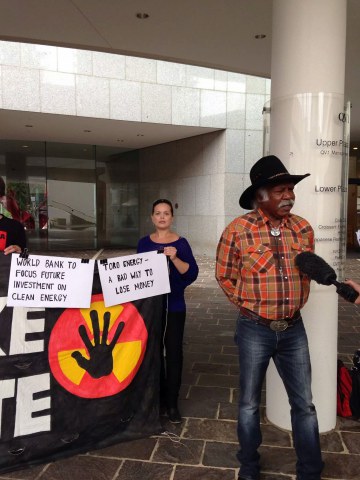