Brisbane Aboriginal-Sovereign Embassy, Facebook: First Nations response to G20 meeting
https://www.facebook.com/events/621072907980049/
8 Nov 14: "Decolonisation Before Profit Program
First Nations response to G20 meeting, Brisbane, 8-16 November 2014
Decolonisation provides a chance for all who live on this land to build a new society based on Aboriginal culture and values. A society ruled by social need and environmental sustainability, not one of greed and discrimination. A unique society with a definitive system of laws and customs to govern it, based on the world’s oldest living culture. ...
Friday 14th Corroboree featuring First Nations song, dance and story from around the continent and the world
Saturday 15th -Sunday 16th Global First Nations Conference. While the 20 richest governments discuss how to destroy and enslave the world, First Nations will be discussing how to save the world and its people. Both days will also feature a Decolonisation before Profit rally and march past the G20 meeting."

Brisbane Blacks: G20
http://brisbaneblacks.com/g20/
"The 12th to the 16th of November will see Brisbane playing host to the G20 Summit. Leaders from the world’s richest economies will be meeting on Jaggera country to discuss how best to control the world and destroy indigenous lands and resources for profit. Australia is among the 20, taking its place as one of the most economically rich countries in the world while the living conditions and quality of life for its First Nations people rank among the lowest in the world. These are desperate and critical times for us as First Nations people."

Indymedia Australia: Community groups set to take the gloss off the G20 in Brisbane
https://indymedia.org.au/2014/11/11/community-groups-set-to-take-the-glo...
11 Nov 14: "From November 8 community groups will launch a range of actions and events against the economic rationalism, state repression and sheer ridiculous spending of the G20 event in Brisbane. While the police report over 20 groups they know of, the Brisbane Sovereign Embassy - BASE  and BrisCan-G20 are organising a People's Convergence. There will be street marches through the week and a People's March on November 15. Themes include: indigenous sovereignty, further austerity measures likely to be recommended by G20 members, climate change and inaction, state repression and the erosion of democracy in Australia, and will include a range of local, national and international guest speakers and musicians. The First Nation’s Decolonisation Before Profit program of events will run throughout the week, Nov 8 – Nov 16, and will include a Global First Nations Conference – November 15-16. ... Community Radio 4ZZZ102.1fm promise live coverage of the action on Friday afternoon from 3pm whihc can be live stremed from their website" By kimk

Brisbane Times: First road closes for G20 Brisbane protest march
http://www.brisbanetimes.com.au/queensland/brisbane-g20/first-road-close...
10 Nov 14: "Meanwhile, the first G20-related protest will take place on Monday, with members and supporters of the Brisbane Aboriginal Sovereign Embassy due to march from the Roma Street Forum to Musgrave Park. Protesters gathered at Musgrave Park on Sunday afternoon for a traditional Welcome to Country and smoking ceremony. Musgrave Park is expected to become a hub of protests in the lead up to and during the G20 meeting, with rallies likely to echo those held there during the 1982 Commonwealth Games. ... " Marissa Calligeros, brisbanetimes.com.au reporter

Brisbane Times: First G20 protesters take to Brisbane streets
http://www.brisbanetimes.com.au/queensland/brisbane-g20/first-g20-protes...
10 Nov 14: "The first protest march ahead of the G20 Leaders' Summit has been held in Brisbane. About 100 members and supporters of the Brisbane Aboriginal Sovereign Embassy gathered for the "Stop Stealing Our Children" rally at the Roma Street Forum on Monday morning for the first in a series of protests organised to coincide with the G20 meeting. The protesters were flanked by police as they made their way through the CBD yelling, "What do we want? Our children back. When do we want it? Now." ... " Marissa Calligeros, brisbanetimes.com.au reporter

International Business Times: G20 News Roundup: PM Abbott Sits At The Children’s Table, Sonic Cannons In Place, Stop Stealing Our Children March Starts
http://au.ibtimes.com/articles/572267/20141110/g20-summit-brisbane-updat...
10 Nov 14: "An estimated 100 members and supporters of the Brisbane Aboriginal Sovereign Embassy had started their Stop Stealing Our Children march - the first ever protest held in advance of the G20 Summit on Friday. "What do we want? Our children back. When do we want it? Now," the protesters chant. ... Professor Grace Smallwood from Townsville said the G20 is a rare chance to tell the world about the plight of the indigenous Australians. She highlighted that indigenous Australians make up 2.7 percent of the population, yet has 14 times higher incarceration rates compared to other citizens." By Athena Yenko

Subscription to 'WGAR News' is free.

'WGAR News' monitors the media, including alternative media, focusing on:

The role of 'WGAR News' is to facilitate the voices of others, and as such, 'WGAR News' rarely writes its own articles.

'WGAR News' publishes information and opinions from a wide range of sources.
These opinions expressed are not necessarily the opinions of WGAR.

Subscribers can expect to receive about 2-3 e-newsletters each week.

To unsubscribe, email wgar.news@gmail.com and include the words "unsubscribe WGAR News" in the message header. 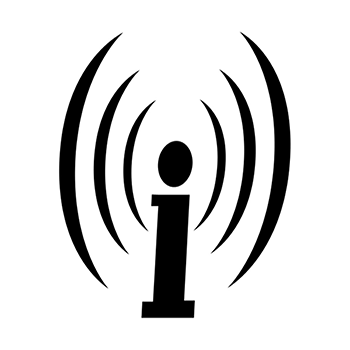 See this article on the G20 protests

"A protest group behind what is billed to be the largest demonstration against the G20 Leaders Summit in Brisbane has hailed former Queensland Solicitor General Walter Sofronoff’s comments on the legality of protests items such as masks and loudhailers at G20 protests in Brisbane. ... "

Background to the Aboriginal Sovereignty Movement